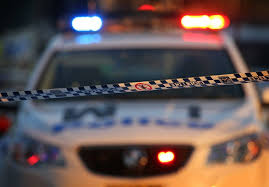 Police are preparing a report for the coroner following the Batlow accident. Photo: File.

A 40-year-old man from Batlow died on Sunday following a collision between his motorcycle and a car on the Old Tumbarumba Road between Tumut and Tumbarumba.

According to police, emergency services were called to Batlow Road, Batlow, after a Kawasaki 650 motorcycle, travelling north, and a Mazda BT50 utility, travelling south, collided near the intersection of Old Tumbarumba Road at around 6:30 am.

NSW Ambulance paramedics commenced CPR on the motorcyclist; however, he died at the scene.

The Mazda driver, a 55-year-old man, was not injured. He was taken to Batlow Hospital for mandatory blood and urine testing.

Officers attached to Riverina Police District are investigating the circumstances surrounding the crash and a report will be prepared for the coroner.

The fatality comes just two weeks after the NSW Minister for Regional Transport and Roads, Paul Toole, announced a review of speed limits on the full length of the Batlow Road.

“Batlow Road is used by heavy trucks moving local produce and timber to other parts of the state and beyond so we understand safety is of critical importance to the local community,” Mr Toole said at the time of the announcement.

In another incident, a motorcycle rider from Albury was taken to Canberra hospital in a serious condition following a single-vehicle crash in the Snowy Mountains on Sunday morning.

Emergency services were called to Alpine Way – approximately 3 km south of Swampy Plains Creek Road, Khancoban – at around 11:30 am after reports a motorcycle had left the roadway and crashed into a wombat hole.

The driver and sole occupant of the motorcycle had become tangled in a rural fence before being freed by attending police.

The 68-year-old man was treated at the scene by NSW Ambulance paramedics before being taken to Canberra Hospital where he remains in a serious condition.

Officers from Riverina Police District have established a crime scene and commenced inquiries.

One dead, one seriously injured in Princes Hwy crash

Police are appealing for public assistance after a fatal crash on the South Coast this morning. Just after 9 am,...
Read More

A motorcyclist and a woman have died in two separate incidents on Riverina roads amid a slew of crashes that...
Read More

A man has died while surfing and two others have died in separate road accidents in the state's south during...
Read More

An unlicensed teenager has been charged after he allegedly fled the scene of a motorcycle crash, leaving his pillion passenger...
Read More