ABC Cheese Factory was the original name of the famous co-op here in Tilba on NSW’s South Coast. The name still sits proudly over the doorway of the heritage building at the bottom of the quaint main street.

There were around 100 local dairy farmers in the area at one point, but when the Erica and Nick Dibden bought the building in 2012, there was no local Tilba milk being used in the factory, in fact there was no cheese being produced there at all.

But now there is Tilba Real Dairy.

Erica Dibden’s passions include sustainability, food provenance and nutrition. In stark contrast to these values is the buying and selling of smaller food enterprises by large, more global organisations. The story of the ABC Cheese Factory highlights this modern phenomenon. “Bega Cheese bought the whole lot in 1970s” Erica tells me, “and there was local Tilba milk being used in production then”. Tilba Club Cheese was being made at this time, and became quite famous.

“A person by the name of Peter Storey bought the place in the 1980s, then 20 years later King Island Cheese bought the factory. This included all plant and equipment, everything”.

“When King Island Cheese was purchased by National Foods in 2002, all the Tilba plant and equipment was moved to Melbourne.”

“Not long after that, National Foods was bought by Japanese Company Kirin. Then Kirin was bought by San Miguel… And while the plant in Tilba was not being used, Tilba Club Cheese was still being made, so in a way Tilba Club went around the world!” 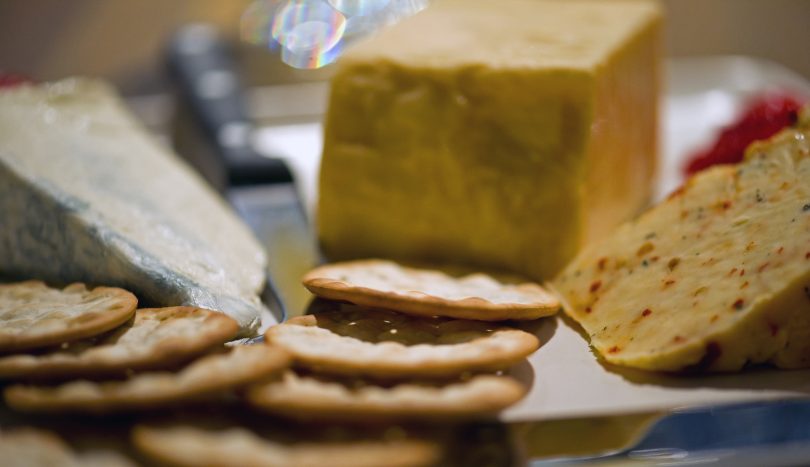 The Tilba based factory is now producing a wide range of table cheeses. Photo: Supplied.

In 2000 two employees purchased the historic factory and continued to sell the Tilba Club brand, which was produced in Melbourne, with some of the product continuing to be cut and waxed at the Tilba factory.

They repackaged it and re-opened the shop selling all kinds of wares to tourists, wanting to put some punch back in to the life and economy of the Tilba Tilba township.

In 2012 the Dibden’s approached this group of women and after 12 months of negotiation, they were the proud owners of the ABC Cheese Factory. Needless to say, there was no plant and equipment.

“So now the building is back with local dairy farmers and using local milk. Which hadn’t been the case since the 1970s” Erica tells me with satisfaction.

Meanwhile, back in 2007 the Dibden family had begun the process for approval to build a cheese factory on their Tilba dairy farm.

Nick Dibden is a second generation Tilba born dairy farmer. They bought their own farm in a beautiful, lush, flooded peat-swamp valley in 2000. Nick worked hard building their herd while Erica was learning to make cheese in the kitchen.

“And you know” Erica says, “it had to be Jersey milk!”

Jersey cows are hardy, shy, they don’t produce as much milk but it is of a higher quality. They are heat tolerant, have fewer calving issues and Erica smiles “they have lovely long eyelashes”. In 2006 Erica had received a scholarship from Dairy Australia to travel to Europe. She went to France, to a cheese college South West of Dijon, to Cornwall to make Cornish Yarg (cheese wrapped in nettle leaves), and also to Milan to visit a more industrial factory to learn more craft.

Under the scholarship Erica also visited and learned from Australia’s King Island Dairy, Lactos Cheese in Burnie and Milawa Cheese in the Yarra Valley, “I learned so much about the science of cheese making”.

“The process and expense of building our own cheese factory on our own property was prohibitive in the end. We brought much of the equipment we’d purchased here to the ABC Factory building, and 14 months ago went through an extensive upgrade.” Erica smiles as she remembers carrying buckets of Jersey milk when she was young, and scooping the cream from the top. She and Nick were determined to produce a non-homogenised product, so each of us can have that experience, scooping the cream.

Some facts about Jersey milk:

It is higher in A2 protein

Has a good mouth feel

Is pristine, with a buttery, yellow tint

They stay close to home, don’t eat as much as friesians, and being lighter, are easier on the soil

They are very robust creatures with loads of character and they have their leaders.

That last line could be describing some local dairy farmers we know.

ABC Cheese Factory, which is the home of Tilba Real Dairy, is open all year round, selling their premium cream, milk, yoghurt and cheese products, plus a beautiful selection of other local gourmet products. Visit their website here. Visit their Facebook page here.

I was wondering if you are the same Nic Dibden who does or use to make the turned lampbases.

I’ve watched this business grow since the time Erica took over the South Coast Cheese Factory on Potato Point Road. She and the family have done a wonderful job in developing their business, and I wish them every success in future endeavours.

couldn’t agree more. They are a wonderful family, with a top-class product. great job guys.

Wow! What a beautiful, amazing and inspiring story! The very best of luck to you and all concerned, especially the girls with their lovely long eyelashes!💕💕

A trip to historic Tilba and the Tilba Dairy is always accompanied by a sense of anticipation. What have owners/dairy...
Read More

The Bega Valley's iconic history of cheesemaking continues thanks in part to Kameruka cheesemakers Lisa Kremmer and Wayne White, whose...
Read More