The Princes Highway has just reopened at Mogo and the Kings Highway at Nelligen is passable to 4WDs only as the region continues to be battered by wild winds and damaging rain on Friday morning.

Mogo seems to have again borne the brunt of nature’s fury, with water lapping at the doors of shops that just two years ago were destroyed by fire.

Some residents are saying it’s the worst flooding they have seen since 1983.

Water covered the highway and reached the doors of numerous shops as Cabbage Tree Creek which runs through Mogo, breached its banks last night.

While the water is beginning to drop this morning (10 December), residents are being warned the worst may not be over.

Cabbage Tree Creek is a tidal creek and, when high tide hits later today, water levels may rise again, perhaps even higher than this morning.

SES and NSW Police are on the scene keeping drivers away from the floodwater.

The SES is warning major flooding is likely to occur at Wamban, with heavy rainfall across the Moruya River catchment Thursday into Friday causing rapid river level rises at Riverview.

Further heavy rainfall and thunderstorms are forecast for the South Coast in the next 12 to 24 hours. Further rises are possible.

A severe weather warning for heavy rainfall is current for the South Coast. 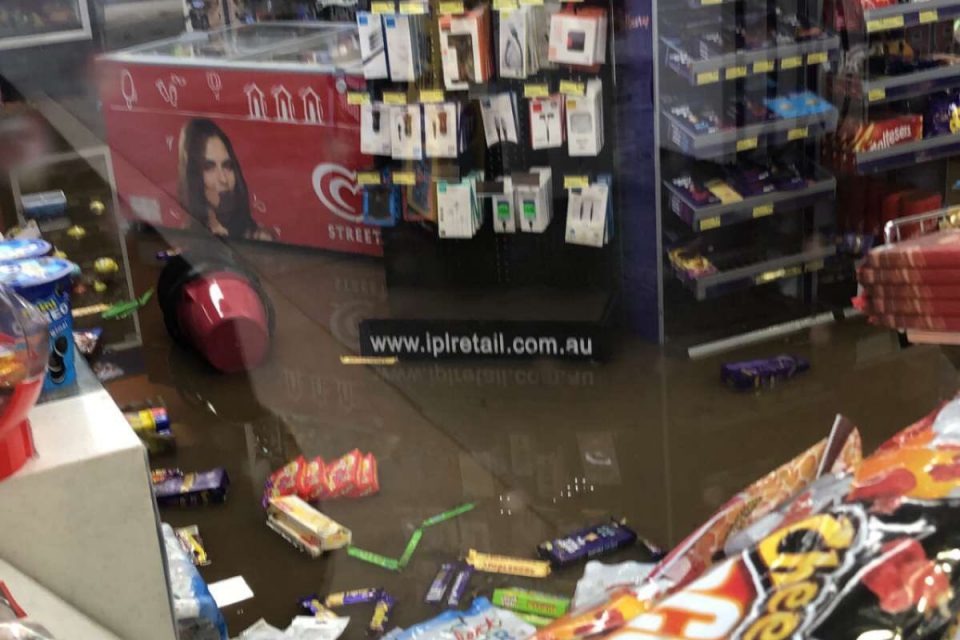 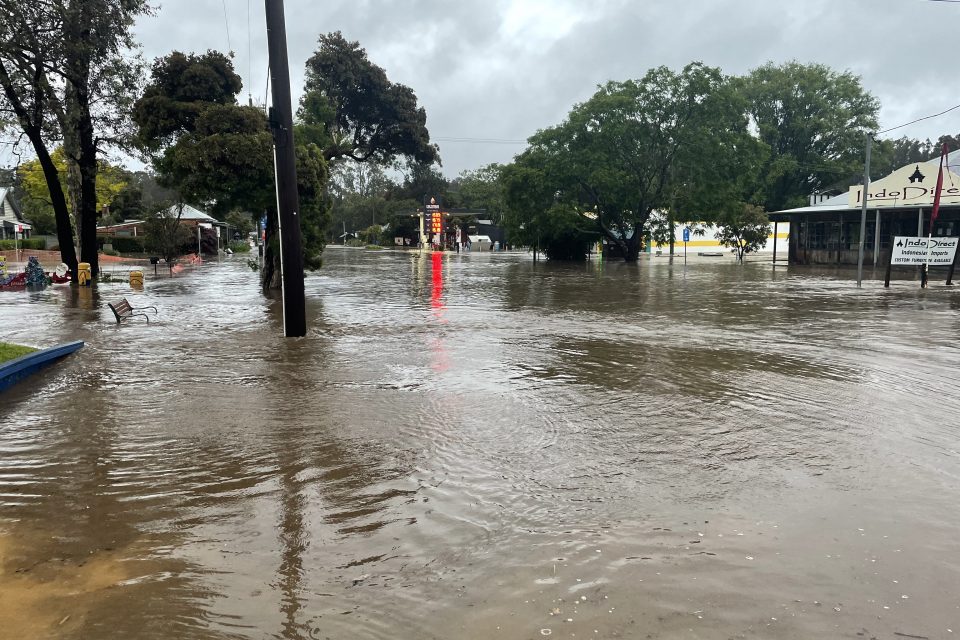 Automatic river level data is not currently available for Wamban though based on river level heights at Riverview, Wamban is around eight metres and rising.

Based on the prediction provided by the Bureau of Meteorology, it is expected the following areas will be impacted by dangerous floodwaters:

The Moruya River at Moruya Bridge is expected to exceed the moderate flood level (2.6 metres) at around 11 am Friday. The river level is likely to reach around 2.8 metres early Friday afternoon on the high tide, with moderate flooding.

Eurobodalla Shire Council is reporting the following roads closed as of 8:30 am on Friday: