His lyrically lovely paintings and self-portraits are as fresh as if the sitter were about to step out of the frame from some Parisian bolthole, or the aftermath of a society ball. But few Australians know the artist Hugh Ramsay’s name.

At 16, he entered the National Gallery School in Melbourne as a prodigiously talented young artist. As a very young man, he left for Paris where he worked feverishly, as if to cram the whole of a lifetime making art into a few short years. And at 28, he was dead of tuberculosis.

Now Canberrans will experience the full artistic breadth of Ramsay’s art as a major retrospective of his work goes on display at the National Gallery of Australia for the first time in 25 years.

Made up of more than 85 works including paintings, drawings and sketchbooks, Hugh Ramsay chronicles the wide artistic legacy of its namesake, and features some artworks that have never before been shown in a retrospective context.

The full-length portraits echo Velazquez, with whom Parisian painters were obsessed at the turn of the century. Ramsay painted himself almost obsessively, amid the clutter of a working studio where the backs of canvases and the half-rolled tubes of paint are visible.

There’s his sister Jessie with her doll, staring out from the canvas with the frankness of a child who knows no artifice. The portrait of Dame Nellie Melba’s niece sits near a huge work depicting a shiny muscled horse and an elegantly dressed young man who was, incidentally, the son of Ramsay’s doctor who was treating him for TB at the time.

And at the very end, sits an instantly recognisable  Australian masterwork,  Two Girls in White. Dressed in their ball gown finery, the sisters slump in their seats, exhausted by the social marathon and the task at hand: to find a husband who is socially suitable and fulfil your duties. There’s a discarded glove, an exhausted pose that betrays the intimacy of the moment.

And there are the self-portraits which saved money on models’ fees.

“One of the main aims of this exhibition is to bring Ramsay’s remarkable artistic achievements to broad public attention,” says Deborah Hart, Head of Australian Art at the NGA and Hugh Ramsay curator.

“From his early days at art school, Ramsay was admired and respected by his peers for his incredible skill, but his thoughtful, contemplative portraits and figure studies deserve a much greater audience.”

Born in Glasgow, Ramsay moved to Melbourne as an infant and went on to study at the National Gallery of Victoria as a teenager before travelling to France in the early 20th Century. There, he was inspired by the likes of renowned portraitists John Singer Sargent and James McNeill Whistler. 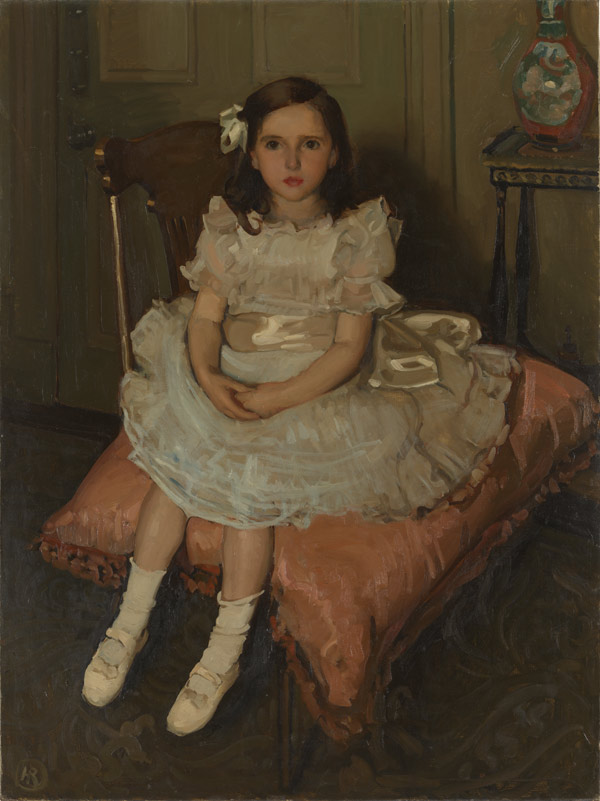 “It was this combination of authenticity and setting the bar high for himself that led Ramsay to paint and draw compelling and poignant works of art that received acclaim in their day and still captivate our attention today,” says Director of the NGA Nick Mitzevich.

The exhibition is made possible thanks to major loans of works from private and public art collections from around the country, including the Ramsay family.

“We acknowledge the generosity of the Ramsay family in lending works,” says Mr Mitzevich. “Their gift of the Ramsay Archive has enriched our understanding of the artist’s life and work and informed the enlightening and richly illustrated publication, Hugh Ramsay, accompanying the exhibition.” Art lovers can discover more about Hugh Ramsay and his work during a series of talks on 30 November. These feature a range of speakers including Ramsay’s great-niece and biographer Patricia Fullerton and exhibition curator Deborah Hart. Tours of the exhibition will also take place at 11:30 am on weekends and public holidays, giving audiences the chance to delve more deeply into this rare assemblage of works.

Hugh Ramsay comes after the announcement of the NGA’s 2020 program, which will see works travelling to Canberra from the National Gallery, London. Joining masterpieces from Botticelli and Van Gogh will be an enticing program of contemporary art, including Know My Name: Australian Women Artists 1900 to Now and a companion for the infamous Skywhale.

Hugh Ramsay will be on display at the National Gallery of Australia from 30 November until 29 March. Entry is free. More info at nga.gov.au.

Original Article published by Hayden Fritzlaff on The RiotACT.

There's always more to art than the painting on the wall. And if you bring together genius, towering ego and...
Read More