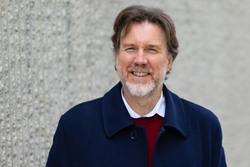 Ian Bushnell is a career journalist and a former News Editor and Chief of Reporting staff at The Canberra Times, where he was at the centre of some of the capital’s biggest stories.

A Canberra resident since 1995, he and his partner have raised three children here and takes a keen interest in politics, urban development, health, education and sustainability issues.

He has found Canberra to be the most liveable city in Australia, and that it’s a reputation worth fighting for.

He enjoys the ACT’s bush environment and its rich cultural offerings including music, theatre and sport, although as a Collingwood supporter the Giants will always be that other Sydney team.

A lover of fine reds, he believes Canberra is blessed to have so many great wineries on our doorstep.

If there is one thing that the pandemic has highlighted, it is a lack of risk management from government, something you would expect from the body charged with national security in all its forms. The list of fails is long and growing, from all-the-eggs-in-one-basket approach to acquiring vaccines to the stroll out ("it's not a race"), and more recently, the...
Read More

The Liberal Party has endorsed former State MP and NSW Cabinet Minister Andrew Constance as its candidate for the South Coast seat of Gilmore in the coming federal election, and he is promising a positive, community-based campaign. Mr Constance, the last candidate standing after his three preselection rivals withdrew from the field, will throw his considerable personal following at retaking the...
Read More

Before Christmas, I tried to be optimistic as the country, led by Prime Minister Scott Morrison and his NSW acolyte Dominic Perrottet, blithely waltzed into the holidays as if the pandemic was over. But I knew what was coming. We were all relieved that some degree of normality would be restored, that we could see friends and relatives in person,...
Read More

The subtitle to the 'Ancient Greeks: Athletes, Warriors and Heroes' blockbuster exhibition now open at the National Museum of Australia suggests women might not get much of look in. But that notion is soon dispelled upon entering the gallery and meeting Nike, the goddess of victory, and the other female depictions among the 170 items from the British Museum that will...
Read More

Former Wallabies captain and political activist David Pocock has thrown his hat into the 2022 ACT Senate ring, declaring he will run as an independent on a platform of climate change action, social justice and integrity in politics. Zimbabwean-born Mr Pocock, who has been an ACT resident since 2012, has been endorsed by the proACT group, which takes its inspiration...
Read More

The heart of Queanbeyan will be transformed into a landmark housing, retail and entertainment precinct by Canberra developer Village Building Co after it acquired two prime adjoining sites in the border city's CBD for a higher than expected $8 million. Totalling more than 5,000 square metres, the two mixed-use sites released by Queanbeyan and Palerang Regional Council are the main block,...
Read More

New home buyers are facing delays and price increases as builders struggle to cope with mounting materials and labour shortages in the midst of a housing and infrastructure boom. They are being warned to expect budget blowouts and extended completion dates while builders see their profit margins wiped out by rising costs. Industry sources say it is a perfect storm...
Read More

The Australian War Memorial marked its 80th anniversary yesterday as it embarks on the most significant change to the national institution in its history. The $500 million redevelopment proposal has provoked controversy and bitter argument about the purpose and role of the Memorial. For many, the key question is whether the Memorial is primarily a place of commemoration and reflection...
Read More

A principled stand or misguided posturing? ‘No jab, no job’ poses tough questions

An ACT school principal's stand against mandatory vaccination against COVID-19 for school staff has thrown the spotlight on the growing number of 'no jab, no job' orders across the public and private sectors across the country. Rob Lans, the principal at the Charnwood-Dunlop School, appeared with One Nation Senator Malcolm Roberts in a video posted on an anti-vaccination Facebook page...
Read More

Competition and consumer watchdog Rod Sims had the public sector world at his feet 30 years ago, but he turned his back on running a department to join the private sector, a move that was pivotal to his current role. He was 43 when he left the public service after helping the Hawke Government deliver some of the most important...
Read More

It looks like next year's federal election will be even more about keeping Australia safe. The Morrison Government will seek to be rewarded for protecting us from the pandemic, albeit with a couple of hiccups around vaccine supply and quarantine arrangements, but the other big external enemy that is looming ever larger is set to play a big part in...
Read More

The Main Works proposal for the redevelopment of the Australian War Memorial includes massive changes to the original design and setting that impact the institution's character and damage its heritage values, according to a submission from the National Trust of Australia (ACT). The public consultation period on the Main Works proposal closed last Friday (10 September) and attracted hundreds of...
Read More

Reports that ivermectin – a veterinary drug commonly used to treat parasites in animals – is being used by some Australians as a human treatment for COVID-19 has vets worried that people are putting their lives at risk. The Australian Veterinary Association (AVA) says that while a version of ivermectin is sometimes prescribed by doctors to treat parasites in humans, the drug...
Read More

Cooma folk duo Cielle Montgomery and James Church have been making sweet music since they met at a live-in intensive before the Tamworth County Music Festival six years ago. Performing as Montgomery Church, the pair have just released their second album, Where The Quiet Can Hide, but like artists everywhere at present, are unable to tour. After wowing audiences at...
Read More

South Sydney star Latrell Mitchell's timing could not have been worse. Not only was his sickening hit on the Roosters' Joseph Manu late, but it also came a few weeks out from finals. Now both players' seasons may be over - Manu with a fractured cheekbone, and Mitchell after being charged with a grade two reckless high tackle, which brings a...
Read More
1 2 3 … 14