The depth of artistic talent around the region never fails to astound us. In 2021, we met artists, authors and musicians from all walks of life – sand artists, graffiti artists, country singers and more.

Here are a dozen of the art and culture stories you enjoyed this year. Work in progress on the mural at the old flour mill in Harden. Photo: Edwina Mason.

A whole lot of colour is being splashed around Harden-Murrumburrah and it’s difficult to miss.

Anyone who has driven through the big-little twin towns in the NSW South West Slopes will know the sweeping hills delivering people from east and west, via Burley Griffin Way, provide a perfect asphalt carpet to one of the main attractions which had previously been an eyesore.

The historic flour mill that has featured on Murrumburrah’s main thoroughfare for around 50 years was derelict but now sports a stunning mural. 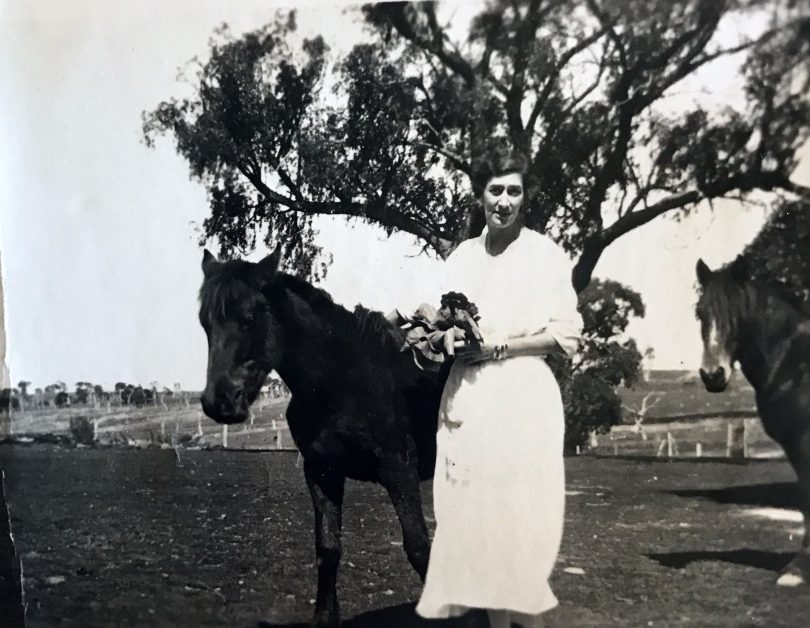 The story of Millicent Armstrong may not be widely known but, as one of Australia’s great female heroes, it should be.

From her early years she was destined to amazing things – one of the first women in Australia to attend university, she then travelled across the world to join the war effort as a nurse and finally returned home as an award-winning playwright.

She was a woman ahead of her time and now Dianna Nixon has gone back in time to tell her story.

10. The Sandman creates art to heal from tragedy Troy Purple, known by most as The Sandman, has remained strong in the face of adversity. Photo: Troy Purple – Simple Sand Scribes.

Like the mythical character said to sprinkle sand in children’s eyes, Troy Purple’s sand artworks and scribes can seem like something from a dream.

So much so that “The Sandman” has been accused of them being fake or photoshopped in the past.

But the Far South Coast man’s artworks are most definitely real and they are all created in less than four minutes.

9. From Abbey Road to a recording studio out bush Felicity Dowd, a 17-year-old singer-songwriter from Bega, reached number one on the iTunes Country Songs Chart with her single, Blue Skies. Photo: Supplied.

It’s not every day a musician releases their debut single and it rises to number one on the iTunes Country Songs Chart overnight.

However, after releasing her debut single, Blue Skies, in March, Felicity Dowd woke up to find she’d achieved exactly that.

The song paints an honest but hopeful picture of how natural disasters have shaped Australia’s landscape, but was surprisingly written prior to the Black Summer bushfires. After a freak accident in 2012 left 24-year-old Yass man Jade Roche paralysed from the waist down, he was at a loss for things to do in the regional NSW town.

Jade was used to playing sport all of his life, but wasn’t aware of any sport in Yass for people with a disability, or other hobbies that provided disability access.

Then he discovered graffiti art and it changed his life.

The sudden death of her husband Ian left Julie Willersdorf a widow, with eight of her 11 children still living at home on a farm near Coolac. Photo: Supplied.

When a Coolac mother of 11 children suddenly lost her husband, she started journaling. Today that journal is a book.

Julie Willersdorf said when she sat down to write about the grief and anguish she experienced after her husband of 34 years suddenly collapsed and died, the process took her just one month. There are people who talk of their grand aspirations to make the world a better place, and then there are those who quietly work on projects that become catalysts for significant change.

Stuart’s modesty hides the significance of his collaborative work that has resulted in a quiet food revolution, with the growth of market gardening, an award-winning farmers market and a hatted restaurant on the South Coast, long before anyone had heard of Paul West or the River Cottage.

4. The Boy From the Mish gives voice to teen angst Debut author Gary Lonesborough has launched his first book, The Boy From the Mish, in Bega. Photo: Supplied.

If it was tough growing up as an Aboriginal child in a small country town 20 years ago, it was even tougher if you were also gay.

Debut author Gary Lonesborough wrote the book he wishes he had the chance to read as a youngster coming of age on the NSW Far South Coast.

The Boy From the Mish is a funny and heartwarming young adult novel about 17-year-old Jackson finding the courage to explore who he is.

3. Batemans Bay Bridge to be reborn as foreshore sculpture Batemans Bay’s iconic old bridge may be gone but its spirit and memory will live on in a new artwork being commissioned for the NSW South Coast town’s foreshore.

2. Call from The Block makes former Coota student the talk of the town The artwork of Meredith Howse – a former Cootamundra High School student – received national attention after two of her paintings were selected to feature on The Block.

1. Documentary shortlisted by SBS tells story of a show that must go on A documentary made by a Batemans Bay filmmaker about keeping Australia’s oldest show on the road was shortlisted by SBS as part of its Australia Uncovered series exploring diversity and equality in contemporary Australia.

The Carnival, directed by Isabel Darling, was a six-year labour of love that tells the story of Queanbeyan’s Bell family which has run Bell’s Amusements for more than 100 years.

One Response to 2021 Year in Review: Arts & Culture from around the region

It was fantastic to read these inspirational stories, and well done to all you amazing wonderful people.
Thank you to About Regional, for your interesting and informative content, throughout 2021, and I look forward to reading more good stories in 2022.
P.s You forgot to include that one legend Bill the Bastard”..😃
Many thanks
Julie

After a freak accident in 2012 left 24-year-old Yass man Jade Roche paralysed from the waist down, he was at...
Read More