Felicity Dowd, a 17-year-old singer-songwriter from Bega, reached number one on the iTunes Country Songs Chart with her single, Blue Skies. Photo: Supplied.

It’s not every day a musician releases their debut single and it rises to number one on the iTunes Country Songs Chart overnight.

However, after releasing her debut single, Blue Skies, on 8 March, Felicity Dowd woke up to find she’d achieved exactly that.

The song paints an honest but hopeful picture of how natural disasters have shaped Australia’s landscape, but was surprisingly written prior to the Black Summer bushfires.

“It was written about natural disasters in general, and little did I know what devastation would occur so soon after,” says the singer-songwriter from Bega.

“After seeing the fires come down the coast and the rebuilding, the song really grew in meaning for me.”

The 17-year-old has a wise head on her young shoulders and was quick to turn her success into an altruistic cause, with sales of the single going to the Cobargo Community Bushfire Recovery Fund for the next year.

“I lived in Cobargo for five years and seeing what they went through, the town has a lot of meaning to me,” says Felicity.

She decided to use the prize money to record the single and called her friend, Rod Motbey, from Tracking Dog Studios to bring her idea to life.

“I knew he grew up in Cobargo and still had family connections in the town,” says Felicity. “I explained to him that I wanted to use my song to raise money for Cobargo and he was more than happy to help.”

Felicity is buoyed by the single’s success and hopes to get into the studio again to record another song. However, those plans may have to wait until she completes her HSC at Bega High School this year.

From there, the musician hopes to study journalism at the University of Canberra, a change from where her fans might have expected her to go, and a long way from her childhood dream of becoming a brain surgeon.

“That was until I realised I couldn’t handle the blood,” says Felicity, with a laugh. “Seeing how COVID-19 has impacted the music industry made me realise it’s important to have a back-up. I was looking for something I could do freelance while still making music. I did my year 10 work experience placement at the local ABC station and fell in love with it.”

Felicity is also part of the Talent Development Project, an initiative between the NSW Department of Education and the entertainment industry, which prepares students for careers in the entertainment and music industries. 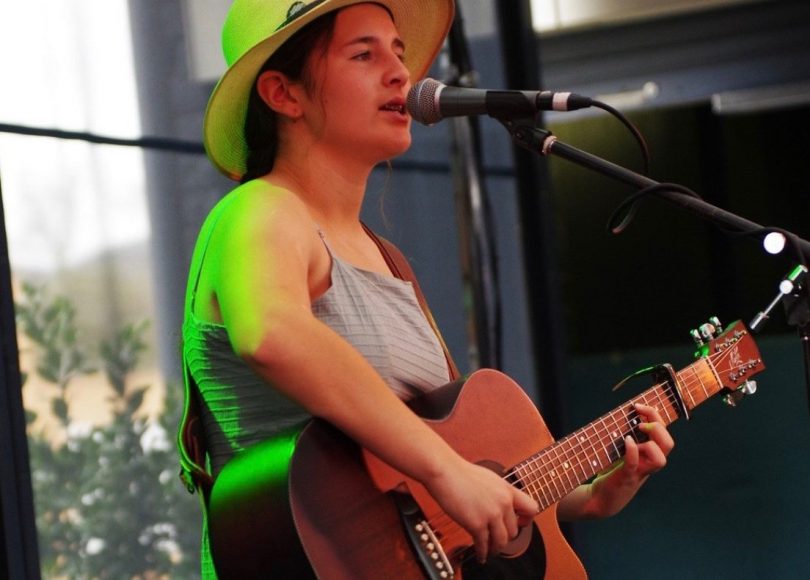 “I’m now part of the graduating 14 and it’s been a fantastic experience travelling to Sydney once a month and working with mentors from the industry to learn about film and audio production, lighting, branding and even image,” she says.

Felicity has been involved in music from the age of six when she learnt to play the piano. A few years later, she picked up the guitar in a bid to find an instrument she could travel with, and started singing two years later.

Her love of folk and country music was inspired by her dad and the music’s ability to tell stories.

“My dad used to play country music on the radio so as a kid I used to listen to all the classics: Kasey Chambers, Garth Brooks and the Dixie Chicks,” she says. “It was natural for me to move into country music, but as I got a bit older I fell more in love with the storytelling aspect of it and discovered folk music, which has a very strong base in telling stories of the land and people on the land.”

Live performances were put on hold for many musicians during COVID-19, but Felicity has recently started to pick up a few gigs, including at the recent Four Winds Festival in Bermagui.

Cooma folk duo Cielle Montgomery and James Church have been making sweet music since they met at a live-in intensive...
Read More