Unable to eat and all out of answers: Abby’s journey from TikTok to Germany 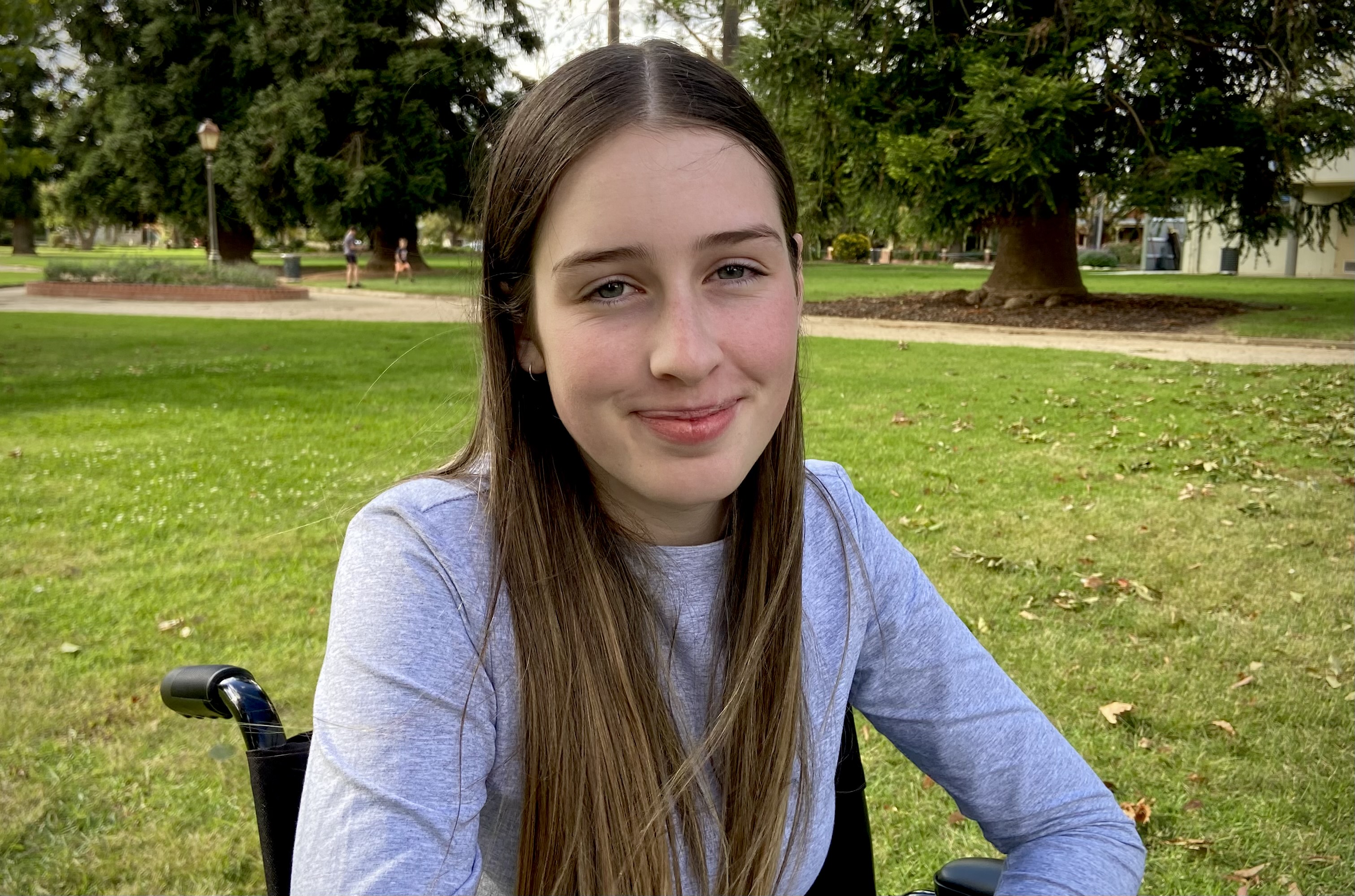 At age 13, Abby Chamberlain had a sequin-filled life of competitive ballroom dancing all mapped out. Then in early 2020 a mystery illness struck and the feisty Wagga teenager’s health deteriorated.

She found herself unable to eat or drink without excruciating pain – symptoms a parade of unbelieving doctors said were just in her head.

The now 16-year-old is preparing to fly with her family to Germany where there is hope specialists will be able to provide the answers they need. In 2019, Abby and her ballroom dancing partner were ranked second in Australia for under-21s and had their sights set on taking the top spot.

But when she developed COVID-19-like symptoms early in the pandemic, she was sent home as a precaution.

“It was probably a good thing. I was really not well. I was having really bad headaches and several blood noses a day,” she says.

READ ALSO: Wagga’s ‘Carevan’ rolls out hundreds of meals with love every week

But as the viral symptoms faded, others appeared. The pain became worse and her weight plummeted.

“I was getting really dizzy. I couldn’t hold my own head up without assistance for four months,” she says.

“It got to the point where I would eat one grape and be on the floor screaming ‘take me to the hospital’.”

Unable to dance or attend school regularly, Abby was forced to take a behind-the-scenes role at her dance team’s end of year event.

That night her mum found her weeping on the bathroom floor. “I just want to dance!” she had cried. The initial diagnosis was anxiety and borderline anorexia and Abby was told that eating and drinking more would solve the issue.

“I was annoyed because I love food and I just want to eat and they were like, ‘you’re not eating on purpose, you’re doing this for attention,” she says.

It was a frustrating time for parents Larissa and Greg who tried to balance expert advice against the torment they saw their child experiencing.

Larissa says any ideas they offered were met with eye-rolls. “Nothing that we tried to put forward to them was getting listened to,” she says.

But as she lay in her darkened room rationing out the screen time that had begun to trigger nose-bleeds, Larissa says her teenage daughter started to find clues about her condition through the social media platform TikTok.

“She was constantly researching and then finding all these other girls across the globe and listening to their stories. She was piecing it together herself,” she says. Abby found both a creative outlet and others with similar symptoms on TikTok. Photo: TikTok.

Abby was struck by the similarities and in late 2020, was diagnosed with both conditions. While it was a validating moment, it proved to be the start of another long and torturous journey.

It would be almost another year and another string of dubious doctors, invasive tests and hospital visits before the final puzzle piece fell into place.

In October 2021 Abby was diagnosed with a rare compression disorder – Median Arcuate Ligament Syndrome (MALS) – which caused restricted blood flow to the organs in her upper abdomen.

“Finding help with these very rare conditions in Australia has been very challenging,” Larissa says.

The family began looking overseas to the United States and eventually to Germany where they found a professor and surgeon who specialises in this rare condition.

The response was immediate and the family will fly to Leipzig next month for a specialised ultrasound that they hope will provide some answers.

From there, Abby will undergo surgery in Dusseldorf before recuperating and returning to Australia in June.

To help cover costs the Chamberlains have started an online fundraiser ‘Abby’s ABnorMAL Adventure‘ through the My Cause platform. Larissa says they have been overwhelmed by people’s generosity.

“It makes us very hopeful. It shows that people do care,” she says.

NSW Health has apologised to patients at Crookwell District Hospital in southern NSW who were denied access to public toilets...
Read More