Brumbies in razed parts of Kosciuszko National Park after the 2019-20 bushfires. Photo: Supplied.

The future of wild horses in the Australian Alpine region looks bleak after two government panels advised on their future, throwing aerial culling into the mix.

Reclaim Kosci says documents obtained through NSW Freedom of Information laws paint a worrying picture of a government refusing to listen to the advice of its own wild horse scientific and community panels.

The two panels were formed in September 2019 by NSW Environment minister Matt Kean to inform a new Draft Kosciuszko National Park Horse Management Plan, which will determine the future of wild horse populations in the national park. 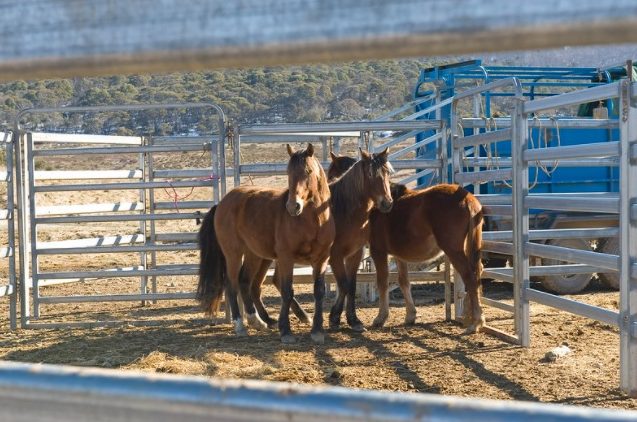 Reclaim Kosci spokesperson James Trezise said both panels were created to play an important role in advising on a draft horse management plan and reconvened in 2020 to address the urgent need for an emergency recovery plan to reduce feral horse damage in bushfire-hit areas of Kosciuszko National Park.

Mr Trezise said despite being heavily redacted, the documents showed the Berejiklian government was warned that passive trapping and rehoming of horses on its own would not remove enough horses to protect the three bushfire-hit priority areas.

“The scientific panel recommended ways to improve the trapping rate, such as ground and aerial mustering, and if this failed to remove enough horses, alternative control measures that have acceptable animal welfare outcomes should be used, including trapping and sending to a local abattoir or trapping and shooting,” he said.

Mr Trezise said the documents revealed both the Community Advisory Panel and the Scientific Advisory Panel agreed a full suite of control measures were needed if horse numbers were to be effectively managed as part of bushfire remediation measures.

“The NSW Government instead refused to change horse removal methods, relying exclusively on trapping and rehoming, which is unlikely to keep pace with horse breeding rates,” Mr Trezise said. 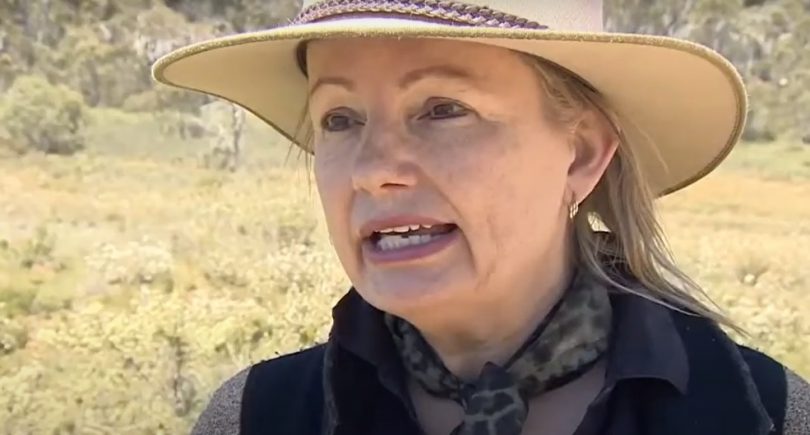 “It has also released about a third of all trapped horses – foals and pregnant mares – back into Kosciuszko, contrary to standard operating procedures.

“These documents give us a taste of the peril facing Kosciuszko when experts are ignored,” he added.

Mr Trezise said if the government had listened to its experts, sensitive areas such as the wetlands and grasslands of Nungar Plain – severely burnt and a target for complete horse removal – would now be free of horses.

“The scientific panel also expressed concern over the ‘almost complete absence’ of any assessment of impacts of feral horses on Indigenous cultural values in the park,” said Mr Trezise.

As the early and then mid-2021 deadlines for the release of a draft horse management plan by NSW Environment Minister Matt Kean pass without note, pressure from conservation groups has intensified, with the federal government also adding weight to the debate.

It’s just a month since federal environment minister Sussan Ley, angry at the damage being inflicted on the park, resolved to use national environmental law to compel action to remove the 14,000 remaining wild horses, or brumbies, from Kosciuszko National Park.

The minister says she informed NSW Environment and Energy Minister Matt Kean she intends to issue regulations under the federal Environment Protection and Biodiversity Conservation Act 1999 to oblige the state to take action on the wild horses.

The Invasive Species Council is backing her.

“Any federal intervention to address the significant and unmitigated impacts of feral horses on Kosciuszko National Park and the Alps would be welcomed, historic and necessary.”

Mr Cox said Mr Kean needs to follow through on the statement he made in June that he is working on a horse management plan with deputy premier John Barilaro that will see a sizable reduction in feral horse numbers within Kosciuszko National Park.