Medways still driven to do their best for Dalton community, 50 years on Believed to have been built in 1926, 2022 marks the 50th year Dalton Garage has been in the Medway family’s hands. Photo: Supplied.

Janice Medway still has the stub showing that, 50 years ago, she wrote a cheque for $354.58 for the first petrol delivery to the family’s new business, Dalton Garage.

Back in 1972 the small village between Gunning and Goulburn was thriving. It had a corner shop on the main street that sold all the necessities – bread, milk and lollies – and a bigger general-type store that sold everything else people needed, from clothes to rural supplies. There was also a pub and Saturday afternoon was the time to come into town for a catch-up.

It’s the sort of town where, when there’s a birth, someone would change the population sign to add one but never subtract it for deaths.

They were the best of times according to Mrs Medway who, along with her husband Leslie “Sonny” Medway, ran Dalton Garage and did school bus runs from 1972. They started renting the business from the Southwell family that year for $16 a month before buying it in June 1979 for $500.

They took up the first school run from nearby Bevendale when that school closed and the local kids needed to be bussed to the bigger schools.

Mrs Medway said her husband had always been keen on the mechanical side of things so when the Garage came up for sale, they talked about whether he should take it on.

“We thought we’d do it for about three years – that was 50 years ago,” she said.

He ended up doing a mechanics course by correspondence.

“That’s how you did it in those days – you were a specialist in nothing but could do just about everything,” Mrs Medway said. 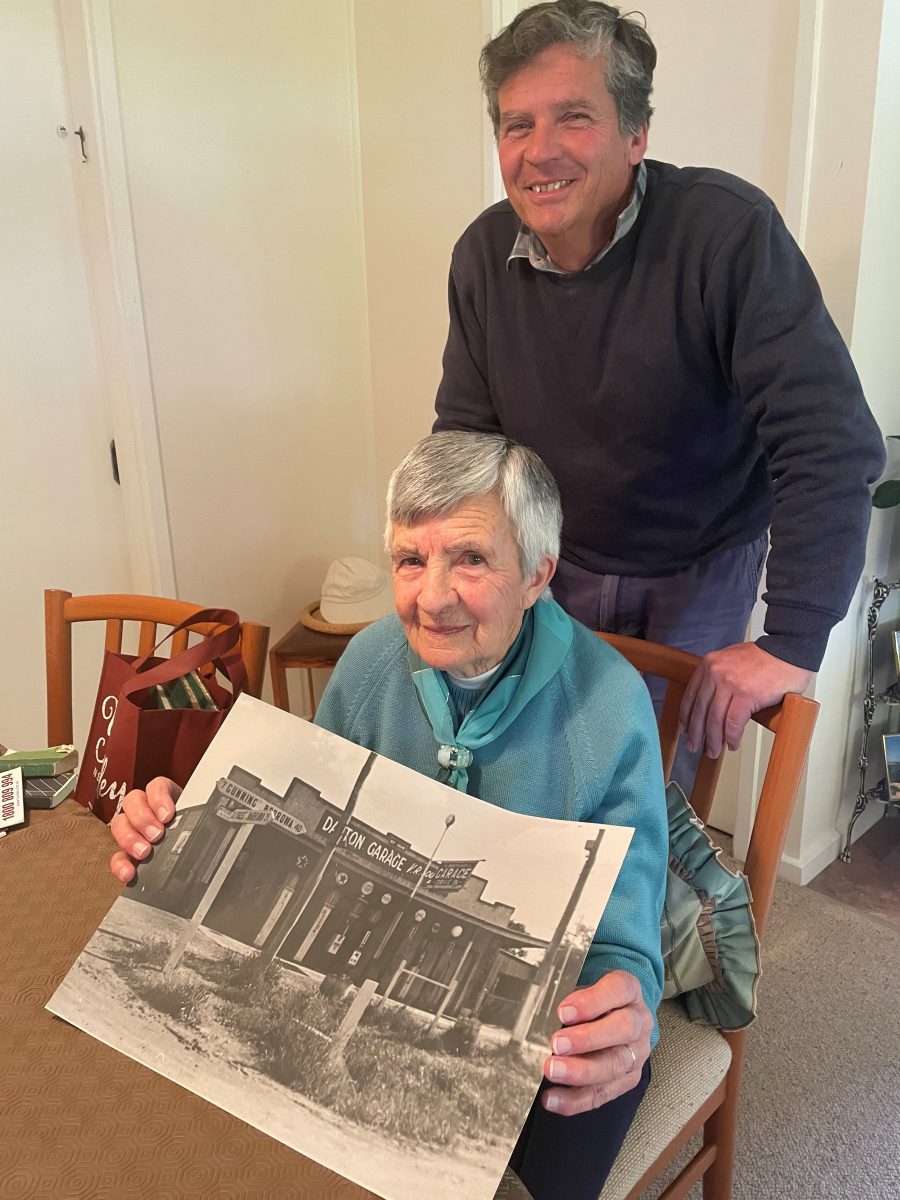 Janice Medway with her son Wayne and an early photograph of the Dalton Garage. Photo: Sally Hopman.

“Before I was married I worked in the bank at Gunning so I taught myself bookwork.

“When we opened, Toby Alchin was our mechanic. We couldn’t have run the place without him. He worked the same job for 42 years and gave it away in his mid-60s.”

Mrs Medway also taught herself how to drive the school buses and drove the country school bus for almost 40 years from Bevendale via Dalton to Gunning, on to meet the Crookwell bus and then on to Yass. It was an education.

“We had some interesting times,” Mrs Medway, now 82 said.

“It could be a little challenging at times.

“I remember thinking it was funny when I noticed I was driving a second generation of kids to school.”

Her son Wayne reckons his mum has driven thousands of kids over the years.

“When we started it was a 13-seater, then it went up to a 22-seater, transporting everyone from kinder kids to Yass High School ones,” he said.

“She’s kept tabs on many of the youngsters over the years, even the few who gave her a bit of grief.”

“He’d swear at you all the time. I always wondered what was ahead of him in life,” she said.

“These days, I still see him around but now he shows respect. I have to say I never thought he’d come good but he did. We were all very concerned about him.”

Mrs Medway mightn’t work all the hours she used to but she still does the bookwork and helps out when needed.

Fifty years on Dalton may be a little quieter but it is still home to Medways Garage, as it’s now known.

When the Garage was built, which Wayne believes was around 1926, seven gravity-fed bowsers were installed out front. With their glass balls on top, they were impressive – but were unlikely to have survived the earthquake that hit the village in the early 1930s.

“We don’t think there were seven lots of fuel back then because the delivery trucks only brought in three kinds,” Wayne Medway said.

“And we think one of the bowsers actually had kerosene, which was used a lot back then for lamps.”

He said the glass on top of the pumps, which today would be worth a small fortune because of their rarity, were operated manually with a handle on the side to pump the fuel. Whatever was left was gravity-fed back into the pump.

The bowsers were replaced when it was discovered that they only went up to $9.99 – so if the fuel bill was more than $10, they had to wind it around again manually.

3 Responses to Medways still driven to do their best for Dalton community, 50 years on

Great article, Wayne has been our Mechanic for many years, he is really nice and it is a very friendly garage.

I have often wondered about the history of this fabulous garage, and now I know. A great story about a very helpful and well known local family.

Janice is a beautiful intelligent lady who still audits the Dalton RFS books every year. We asked this year if she wished to continue as we didn’t want to be a burden, but she said she loved to help out and would be happy to continue as long as she could! Thanks so much Janice!