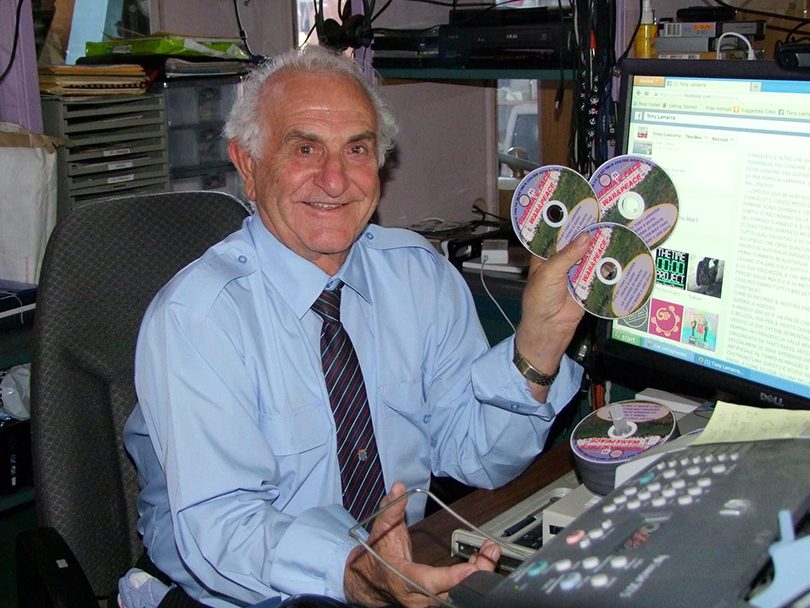 A week ago, millionaire and former Goulburn mayor Tony Lamarra cleaned and washed aeroplane hangers he owns at Goulburn Airport.

The week before that he was seen cleaning gutters at the Dimmeys building on Auburn Street that he and wife Adriana purchased in 2020 for $5.025 million.

A quick Google search shows multiple businesses owned by Tony during the decades, and he has worn many hats including restauranteur in the 1950s, and property owner and developer.

“I was always looking for something to prove to myself that I was capable of handling something new,” he says. “It was a challenge more than a burden.”

Now Tony’s time is divided between building maintenance at Dimmeys, managed by Geoff Maguire, and his beloved aeroplanes.

For years, Tony was the centre of the community as an entrepreneur and philanthropist. By his own admission, he worked tirelessly with up to 80 committees and was elected Goulburn mayor between 1984 and 1991.

“Many, many things I started in Goulburn because we were the people who wanted to go to the people, not the people waiting for people to come to us,” he says.

Far from his early migration from Italy in 1954, Tony is a well-connected businessman with history steeped in the church, the wool industry and politics. As a politician and businessman, he is used to rubbing shoulders with the rich and powerful.

Tony is very interested in talking about Goulburn’s future.

“The leader should always look [for] opportunity to bring into the city because that’s what it’s all about,” he says. Tony Lamarra and his wife, Adriana, on a Lilac Festive float. Photo: Facebook.

“I saw the potential of doing something different. That’s why you always have to look for a business which will improve the city and create jobs.

“What you do for your town or city, it is up to you how you present it to the people to make it attractive for them to come.”

Tony’s lifestyle is balanced by the enjoyment of flying his Cessna 180.

“Flying is a very good sport,” he says. “I used to go to the airport every weekend with Adriana and just fly. I sold my plane only about a month ago – it went to Albury. I had a beautiful aeroplane.

“I don’t fly that much anymore so I decided to sell it.”

Crookwell’s Austin Cummins instructed Tony how to fly in the late 1960s, and to this day he praises him “as the best instructor I ever had”.

Tony owned the hangars at Goulburn Airport when it was sold by the local government to businessman John Ferrara in 2011. In later years, there would be a public standoff as Tony refused to pay an account for taxiing and landing on the runway.

“We used to get more than 10,000 landings per year in Goulburn from all around Australia,” he says.

“This a good gesture for the city to come here and buy petrol and shop in town, and travel and stay here overnight in motels. Goulburn used to get $2 million to $3 million per year for that sort of business.”

“At one stage I was thinking of buying it,” he says. “If I was 10 years younger I would look at Crookwell very, very seriously.

“The airport got the greatest value to the city and I can only wish that Crookwell would take the lead and improve it and ask the people to come.”

Tony’s dedication to Goulburn is a reflection of his deep-seated feelings towards the city.

“Honestly, there wouldn’t be another place in the world, but I’m biased towards Goulburn,” he says.

“There wouldn’t be another place as good as Goulburn, although Crookwell is another beautiful place.

“The country people – we are just friendly people. When you go to other big places such as Sydney or Wollongong, nobody knows you and it’s harder to make friends with people. But people come to Goulburn and they’ve got friendships already made.”

In the 1980s, historic buildings were being flattened in Goulburn, abattoirs added to the city council’s debt, NSW Premier Nick Greiner was...
Read More