More than 80 per cent of the 70 submissions to the Public Works Committee are against the AWM redevelopment. Photo: Michelle Kroll.

A troop of former Australian War Memorial officials opposed to its controversial $500 million redevelopment will line up before a federal parliamentary committee this week.

The Public Works Committee teleconference hearing on Tuesday comes as the Memorial continues to plan for its proposed new galleries despite the project still having to negotiate the approvals process and opposition from a plethora of notable Australians, including former AWM officials.

More than 80 per cent of the 70 submissions to the PWC are against the redevelopment, and witnesses next week include two former memorial directors, Brendon Kelson and Major-General Steve Gower.

Also giving evidence will be Professor Peter Stanley, a former head of the Historical Research Section and Principal Historian at the Memorial, and former senior AWM officer Stewart Mitchell.

The proposed demolition of the award-winning Anzac Hall is a key part of the project, and the Australian Institute of Architects, prominent Canberra architect Roger Pegrum and architect Geoff Ashley, who contributed to the AWM Heritage Management Plan 2011, will detail their opposition to the destruction of the building.

Other witnesses are Dr David Stephens for the Heritage Guardians, and Dr Sue Wareham and Dr Margie Beavis for the Medical Association for Prevention of War (Australia).

Meanwhile, the Memorial last month relocated a Bushmaster armoured vehicle, an LAV-25 (a middle-sized armoured vehicle), and a Centurion Battle Tank from their sites near Anzac Hall sparking concerns that it was pressing ahead with its redevelopment preparations despite the approvals process yet to run its course. The Memorial said the vehicles were replacing rusting guns on plinths to the south of Anzac Hall that needed to be returned to storage.

But an email dated 3 July from Memorial director Matt Anderson providing an update on the project shows it is pushing ahead with its plans.

”We are currently planning consultation for our new galleries and the displays in those proposed spaces,” he told recipients.

”The consultation will start in late 2020. We look forward to working with you to deliver galleries that tell the stories of a new generation of Australian men and women who have served our nation in recent conflicts, peacekeeping, and humanitarian operations.”

The update also announced the opening of a second consultation phase, focused on the environmental and heritage impacts of the project, that will close at the end of the month on 31 July.

”I invite you to review our EPBC Preliminary Documentation Submission, share this with your colleagues and/or members, and consider providing feedback including the social heritage value of the proposed Development. This aspect is specifically discussed in the submission section 3 – Need for the Project and section 7.9 – Social Heritage Values.

”All feedback received will be included in the final documentation we shall submit to the Department of Agriculture, Water and Environment for assessment.”

The Heritage Guardians say the Memorial has given the impression that the project is a fait accompli, even though heritage and PWC approvals are still pending. In its submission to the PWC, the Heritage Guardians describe the AWM approach as showing ”disrespect for both the heritage approval process – a matter for government, applying the EPBC Act – and the PWC process – a parliamentary process required by law”.

The Memorial will also give evidence at the hearing, which commences at 11:00 am on 14 July. To watch the hearings, visit Parliament House Live. 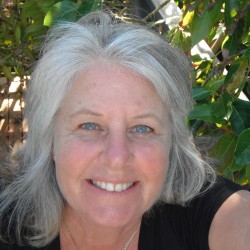 How can the country afford $500 million for this project at this time? We need projects that provide jobs where they are needed and stimulate the economy. Putting money into sustainable energy and environmental projects would be better.

Former Director of the Australian War Memorial Dr Brendan Nelson has been appointed the next president of Boeing Australia, New...
Read More