ACT Health Minister Rachel Stephen-Smith is showing more self-restraint than most when it comes to the Morrison Government’s pandemic performance, presenting a picture of equanimity when asked whether she is frustrated at all.

Her NSW counterpart, Liberal Brad Hazzard, on the other hand, hasn’t held back, frequently lashing the PM and Federal Health Minister Greg Hunt.

“I’m not going to get into playing politics,” Ms Stephen-Smith says.

But is it politics to express a view on how the country is now facing fresh lockdowns that it can’t afford, after last year borrowing like there was no tomorrow to buy the time needed to make the most of our island advantage and get the vaccines we needed to keep the virus at bay?

Look around, Minister, at what is happening in your own COVID-free backyard because the Commonwealth doesn’t have enough vaccine, is way behind on its own projections and now has created mass confusion around the safety of its key weapon, the AstraZeneca jab.

Events are being cancelled, business is falling away and people can’t go to shops without wearing a mask. And this in a town without a sign of the virus. Imagine how Sydney feels.

Maybe you should be a bit less generous because the nation has been let down by a Prime Minister whose job was to ensure we had a range of vaccines to spread the risk, then get them out into the community as fast as possible while keeping our borders safe.

Now in the second half of 2021, we have a major outbreak in Sydney of an extremely contagious variant out of India, along with smaller ones in WA, SA and Queensland.

The gamble on AstraZeneca, which is also less efficacious than Pfizer, has well and truly blown up in the government’s face, and it won’t be until later in the year that Australia garners more Pfizer and adds the Moderna vaccine to its arsenal.

The Commonwealth could not have predicted the rare clotting problems with AstraZeneca, but it was warned that it should acquire a bigger basket of vaccines.

The health advice that Pfizer should be the preferred vaccine for people under the age of 60 means Australia does not have enough of it to reach its targets and is well behind other comparable countries on the proportion of citizens vaccinated.

The shifting goalposts on AstraZeneca, as well as the acknowledged deaths and illnesses, have also put the frighteners into many people who aren’t anti-vaxxers but want a vaccine that has a higher rate of protection and fewer side effects.

The Prime Minister has only added to the confusion with his captain’s call to go against the health advice from the Australian Technical Advisory Group on Immunisation (ATAGI) and tell under 40s they can choose to have AstraZeneca but also indemnifying doctors who administer it, leaving patients wearing all the risk, no matter how small.

The other issue that the Prime Minister hasn’t dealt with is hotel quarantine. Experts such as UNSW epidemiologist Mary-Louise McLaws were calling for purpose-built facilities as early as last year when it became clear that the hotels were leaking. 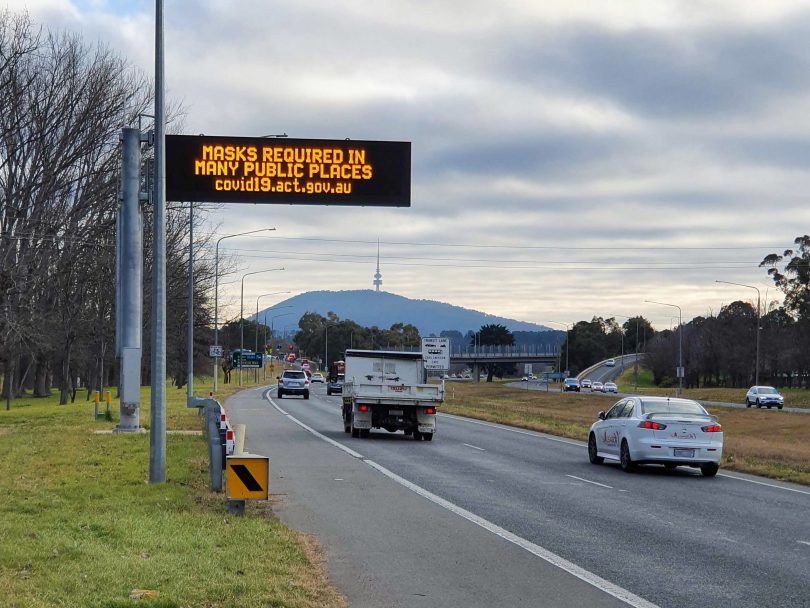 Sign of the times: mask mandates have been introduced in many Australian states. Photo: Region Media.

At the time, Morrison staunchly defended the system, saying it was 99.9 per cent effective, only to relent this year as the pressure built to do something, first in Victoria and more recently Queensland.

Our Prime Minister is like the bloke who won’t service his car only to have to buy a new one when the motor blows up.

Politics has nothing to do with basic risk management and preparing for the worst while hoping for the best.

And now we are learning just how many people are flying in and out of the country for business or leisure while thousands of Australians are stuck overseas.

The whole point of putting the country further into hock was to give it space so it could acquire the protections needed not just to prevent death and illness but so we could re-engage with each other and the world.

Vaccines and effective quarantine were the keys – both Commonwealth responsibilities.

The Commonwealth may rail against the states, but the buck stops with it.

Many believed the Prime Minister was readying for an early election late in the year to reap the benefits of victory over the virus and a resurgent economy.

Those plans are now in tatters, and when he does have to face the people, let’s hope we have again dodged a bullet.

But if politicians have expected to be rewarded for their pandemic management, they should also expect to be punished for their failures.

One Response to Forget politics, this PM’s COVID response is a shambles

Marulan and Braidwood among 22 regional pharmacies to administer AstraZeneca

Marulan Pharmacy, near Goulburn, and Capital Chemist in Braidwood are among the first 22 pharmacies across regional and rural NSW...
Read More

Here we go again. Victoria is in a seven-day lockdown to control a COVID-19 cluster sourced back to a hotel...
Read More