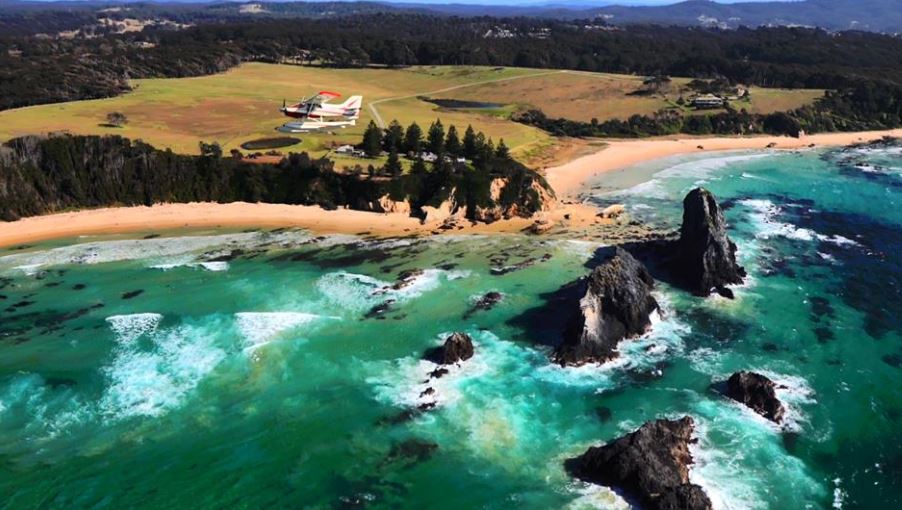 The long-running discussion about the Eurobodalla Rural Lands Strategy has become a NSW Election issue, with Mayor Liz Innes issuing a blistering defence of Council’s handling of the matter in the wake of comments from the Labor candidate for Bega.

Leanne Atkinson this week announced that a Daley Labor Government will not endorse the Strategy in its current form.

Late last year as Council was finalising the associated planning guidelines ahead of approval by the NSW Planning Minister, a number of community organisations and state government agencies flagged issues during the public consultation phase.

“When experts such as the Rural Fire Service, Department of Primary Industries, Office of Environment and Heritage, and Local Land Services are all raising concerns, they should not be ignored or dismissed,” Ms Atkinson says.

“If elected in March, a Daley Labor Government will send the strategy back to the council to address the widespread concerns identified in 500 submissions, in a transparent manner.

“Country Labor is particularly alarmed that the Council has ignored specific concerns identified by the NSW Rural Fire Service about the impact of the strategy on bushfire safety.” Labor candidate for Bega, Leanne Atkinson and the Shadow Minister for Primary Industries, Mark Veitch at a recent public meeting they held to talk about concerns with the Rural Lands Strategy. Photo: Supplied.

Mayor Liz Innes who has long been a champion of the process has responded strongly to Ms Atkinson’s position.

“I’m so disappointed that Leanne Atkinson has decided to play politics with the Rural Lands Strategy,” Cr Innes says

“We’ve worked for eight long years with our farmers and the wider community to get them some certainty about their land. Together, we created a strategy that will support rural production while maintaining all the existing environmental protections.

“And here’s Leanne jumping on the bandwagon at the last minute, using misinformation to attack our rural landowners and whip up fear in the community. “She lacks credibility when she states Council is ignoring and dismissing state agencies.

“These agencies, including Office of Environment and Heritage and Department of Primary Industries, were around the steering committee table when we developed the strategy.

“We considered their concerns at that stage and we reviewed them again as part of the consultation last year. We have our professional view around these issues and they have theirs.

“The agencies haven’t rejected the strategy outright, they’ve objected to particular properties within our rural area. In these situations, our professional staff have a different view to the agencies.

“These areas of disagreement are addressed in the planning proposal currently with the Minister. Reports responding to all the submissions, including the Rural Fire Service, have been available on our website since last July. It doesn’t get much more transparent.

“If Leanne was sincere she’d have taken the time to contact me to talk about it.

“Any developments that require development consent from Council would be assessed against NSW government biodiversity, land clearing and bushfire management legislation, just as they are now.

“The Rural Lands Strategy is about growing our rural economy and doing it in a sensitive way to ensure environmental values are protected. It’s about diversification and opportunity and jobs for local people.

“Council’s job was to bring together a strategy that integrates social, economic and environmental benefits, and that’s what we’ve done,” Cr Innes says.

Speaking to Region Media, Ms Atkinson says, she didn’t want to interfere with the Council process but when she was alerted to the concerns expressed by the agencies and then hosted a public meeting, she felt compelled to ask questions.

“I thought Andrew Constance may step in. But, he didn’t. I felt I had no choice but to act,” she says.

“Mr Constance owes the community an explanation about why he has been mute on this issue when the strategy has been so strongly opposed by experts, local businesses, and the community.”

The NSW Planning Minister, who has had the Rural Lands Strategy since October is yet to sign off on the plan, Region Media understands a meeting between the Council and the Minister will happen shortly.

Mr Constance says he has been involved over all of the last eight years and is now working with the Minister to finalise the document.

Our rural owners have been conned by our council that it is all about helping farmers when it will cover prime agricultural land with developments and make rural living conditions worse.

Mayor Innes likes to stress that the planning proposal as a whole will involve 122 additional new lots and 255 additional new dwellings (or 510 new dwellings if eventual dual occupancy capacity reached in coming decades). What she fails to highlight is that this is ON TOP OF all the additional dwellings, buildings and facilities construction stimulated by the up-to 170% increased number of possible land uses and dual occupancy changes to existing RU zones. Even more new dwellings could be involved, as the ESC states on numerous occasions that they do not know the number of existing dwelling entitlements. The impacts of this increased activity and “opportunities” appears to be ignored.

I do not think enough attention was drawn to the vast number of zone transfers in the Council documents which hid the changes under the umbrella of a “Rural Lands” strategy. The strategy greatly expanded the list of potential land uses across the entire shire’s existing RU1, RU4, B1, B2, B3, B4 and IN1 zones – not just “Rural Lands”. I would suggest all this was very misleading/deceptive during the public “consultation” process and helps explain the strong public backlash once the extent of changes became apparent.

The hypocrisy of the political statement from the Labor candidate and to her shame is that she failed to contact either +Councillors or the relevant staff to inform herself of actually what is in the proposed LEP. Rather she chose to only listen to those who have come to the issue at the end of the day whereas Minister Constance has been involved with this matter from the first exhibition of the draft LEP more than 8 years ago. The vast majority of the community agree with this plan and now at the final step should be gazettes forthwith by the Mlnister.

News and announcements from the NSW Election trail in the seat of Bega are overwhelming. A contest of ideas and for...
Read More