Bega Valley Regional Gallery (BVRG) offers you an opportunity to get up close and personal with one of Australia’s most acclaimed photographers – Heide Smith.

Currently showing at the BVRG is an exhibition of contemporary Australian photography, on loan from the Murray Art Museum Albury (MAMA) – ‘Contemporising the Modern’.

This Wednesday (June 19) photography fans are invited to come and experience the last days of the exhibition, enjoy a light lunch, meet Ms Smith and hear her speak about her career and her contemporaries. 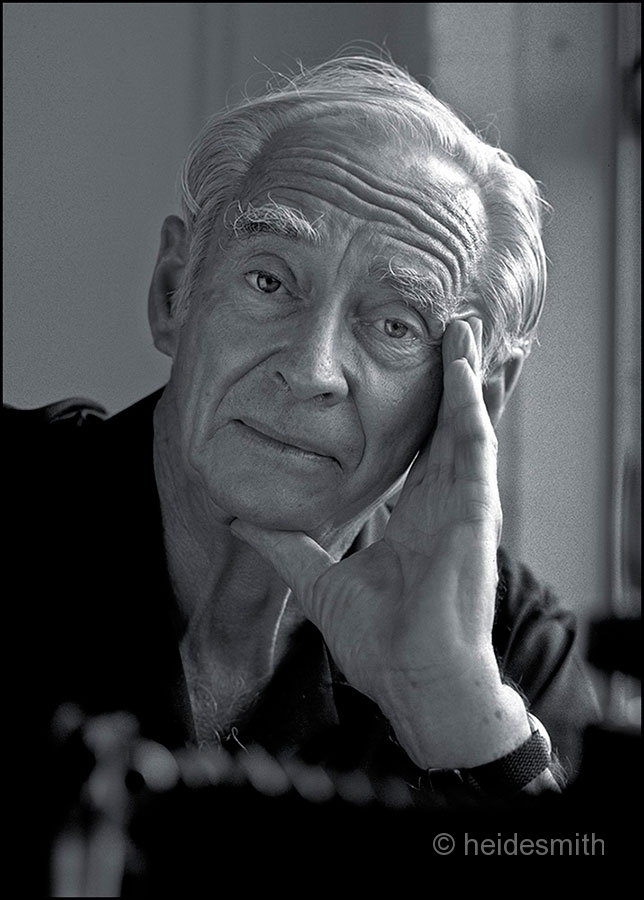 “Modern photography must do more than entertain, it must incite thought… and cultivate a sympathetic understanding of men and women and the life they live and create” – Max Dupain. Photo: Heide Smith

Now living at Tuross Head, Heide will speak of her life as a documentary photographer, and her Australian colleagues, many of whose works hang in the exhibition. Her work encompasses highly praised portraits covering the Canberra Raiders, High Court judges, politicians, a study of high-profile women such as Blanch D’Alpuget and Geraldine Doogue – “intellect and beauty go together” she says, and her iconic images of Tiwi Island communities.

Born in Germany, Heide worked as a photojournalist, marrying and travelling to England in 1963. Eight years later, the family emigrated to Australia, and in 1978 the Smiths moved to Canberra, where Heide and her husband Brian established a highly successful studio in Fyshwick. They ran the studio until 1997 then moved to coastal Narooma before relocating to Tuross Head last year.

Now in her eighties, Heide continues to work, though she says she doesn’t get around as much as she used to. Recently undergoing spinal surgery to correct the damage done by carrying heavy camera equipment around remote locations, Heide says “cameras, camera backs, black and white and colour, all the lenses – the weight was humongous!”

Heide has spent much of her time ‘up north’ photographing the people of the Tiwi Islands, 80 kms north of Darwin in the Timor Sea. It’s a project dear to her heart, a place she loves and where she formed many life-long friendships. Since her first visit in 1987, she continues to visit the islands every few years.

As well as the odd crocodile, other obstacles were endured, like the northern climate. During the analogue years Heide processed her film in darkrooms, and, she explains “the school on Bathurst Island allowed me to use their darkroom, but only after 11 pm, as the water was too warm for developing. I used water kept in the one and only fridge.”

“You have to wash prints under a flow and if the water is over 22C your image runs straight down the plughole.”

Heide changed over to digital photography in 2000, saying “it was obvious at that point. The laboratories were changing over, I was flat-out doing portraits, travelling to Canberra from the coast, film wasn’t working anymore.”

Heide says she’s not upset about leaving the hours and chemicals of the darkroom behind saying “what I do in Photoshop now is very like the enhancements I did in the darkroom, it’s a wonderful tool. I used to spend more time in the darkroom than on the actual shoot.” Immediately following Heide’s talk this Wednesday will be a short film screening of Photographers of Australia 1992, a short documentary about world-acclaimed Australian photographers Wolfgang Sievers, Max Dupain and David Moore.

Each of these photographers has captured Australia’s growth and changing nature over the decades. Heide knew and worked with all three, and will present a short slide show of Australian documentary photographers she has known, including Lewis Morley, who photographed Christine Keeler around the time of the British Scandal -the ‘Profumo Affair’, an image which ‘went’ the equivalent of ‘viral’ at the time.

Heide Smith is very encouraging to young, aspiring photographers, particularly those interested in portraiture, and has a message – “Listen to your heart. Rely on your own instincts, what you see with your eye before you bring the camera into things. You need to have an eye.”

Catch Heide this Wednesday, June 19 from 12 pm at the Bega Valley Regional Gallery. The screening of Photographers of Australia 1992 will start at 1:30 pm and runs for 43 minutes. Entry is free, but reservations via Eventbrite. The exhibition Contemporising the Modern showcases 50 photographic works collected by Russell Mills that speak of Australia in the 20th and early 21st centuries. The exhibition is on now at the BVRG but closes on June 23.

I spent a while on a dairy farm in the Bega Valley when I was teenager.The Sheares,and catching the bus to Nowra and Bomendary was very interesting

I have her book with the Tiwi Islanders....wonderful ....saw her exhibition at Bodalla gallery years ago. Marvellous...didn't know she was living in Tuross...

Excellent! Thanks for posting!

Is this the "perfect" picture? I say Yes! Artists spend hours, days, even months, setting up the elements of their paintings and sketches to portray a moment in time, but nothing compares to the spontaneity of photography. What part of this portrait do you see first? The girl's smile on the left engages me, then the next boy's turning head draws my gaze along the line with the third child collapsing in laughter; then the next child's arm brings me back to the beginning! Even the geometric design on the far left feels like a drum-roll leading into the action! Of course, the photographer's skill is apparent with the handling of setting, lighting and subject, but this is a moment that could never be staged. Beautiful.

Tess Wine Thanks for taking us into the picture Tess.

About Regional and Heide has a great story about how she got these kids to sit still for her, or, still-ish!

‘A bit of chitchat between the boys’ earns photographer national award

A deeply poignant image of Yuin man Robert Foster currently hangs on the walls of the Tweed Regional Gallery in Northern...
Read More