Have you ever heard of a cat bib? Perhaps you’ve wondered how to get involved with local citizen science projects or even what to do when your dunny blows over? We covered all this and more on About Regional in 2019.

Our stories under the environment heading in 2019 covered the entire region, from illegal attempts to open a coastal lake at Narooma to the impact of Snowy 2.0. We reported on the oldest songbird in the world, talked recycling and marine science, met pygmy possums and sugar gliders, and went whale watching.

In case you missed them, here’s a selection of the most-read environment articles of the year. Local wildlife carer Suzie Cooper with the tiny Mountain Pygmy-possum she cared for until it was strong enough to be released back into the Kosciuszko National Park. Photo: Elena Guarracino.

A young endangered Mountain Pygmy-possum was very lucky to be alive, we reported in March, and it was thanks to the sharp eye of a hiker in the Kosciuszko National Park and efforts of local wildlife group LAOKO (Looking After Our Kosciuszko Orphans – Snowy Mountains Rescue).

The tiny possum was found in a very poor state and covered with ants, near the Thredbo chair lift, during a bout of hot weather in January. Happily, a hiker spotted the possum, which could easily be mistaken for a mouse, and handed it to National Parks and Wildlife rangers. Lovers of blackberries will quickly learn how to wriggle a hand between thorns to get to the biggest, blackest fruit. Photos: Elka Wood

In February we were talking blackberries. We reported that birds, foxes and other animals eat the fruit and spread the notoriously difficult weed through their excrement, making it a common sight along country roadways. But what about us humans? Does gathering the fruit contribute to the spread of the weed? There was a rich reward for the crew from Bega River and Wetlands Landcare (BRAWL) group who have worked with such dedication over many years to restore Bega River ecosystems. Volunteers received a wonderful surprise during the year when they checked new habitat boxes and found a family of Sugar Gliders nesting.

The group has planted hundreds of trees and shrubs along the Bega River and surrounding wetlands to reinstate habitat for native animals, reduce erosion and beautify the area. Citizen scientists in South East NSW are being asked to help in a vast study investigating what is killing Australia’s iconic Snow Gums, we wrote in October. Dr Matthew Brookhouse from The Australian National University (ANU) says very little is known about ‘Snow Gum Dieback’, despite it being a widespread phenomenon throughout the Australian Alps.

“Snow Gums are an iconic part of the Australia Alps – they’re the only tree species present above 1600 metres,” Dr Brookhouse says. Native grasses are a key component in building a sustainable farming future according to one of the region’s expert land managers. In November, David Eddy, Senior Land Services Officer with South East Local Land Services, told us about how he has been mesmerised by big open spaces since his days bushwalking and camping as a boy with his nature-loving, country raised parents.

“It seemed to me that native vegetation was the thing that made Australia look like Australia,” he says.

5. Herds for Hire munch war on weeds from Merimbula to Lake Burley Griffin
by Ian Campbell With repeated visits from her ‘Herd for Hire’ Elisabeth says the war on weed can be won. Photo: Ian Campbell.

Two Northern Hemisphere natives are doing battle in Southern NSW and the ACT and the good guys are winning, we wrote in April. The goats were munching their way through tangles of blackberry bushes along Merimbula Creek at the back of Club Sapphire, having beaten similar infestations around Canberra.

“With goats, the use of harmful herbicides can be entirely avoided,” says Elisabeth Larson from Bega Valley-based Herds for Hire.

Bega Valley locals and Bega Valley Shire council are stepping up to find a solution for one of Australia’s trickiest waste issues, the use of plastic nappies and incontinence products, of which an estimated 800 million are put into landfill each year. During 2019, fifty families were issued a complimentary supply of Tasmanian-based compostable nappy manufacturer Eenee’s products and for part of the trial period, were disposing of the nappies in their FOGO (Food Organics Garden Organics) bins, as part of a test run by Bega Valley Shire Council’s waste team. Two brothers from Eden have created a new business that turns fish waste into compost and solved an ongoing problem facing the community at Bega Valley boat ramps. Bega Valley Mayor, Kristy McBain, launched Ocean2earth, an Eden-based company founded by Kyran and Tim Crane in April in Bermagui. It marked the start of a new fish waste collection service at six of the Shire’s boat ramps. Shannon’s focus is to replace plastic items that we use most often and that are most harmful to the environment first. Bamboo toothbrushes, metal drinking straws, and glitter made from gum leaves are all available at her online store. Photo: Eden Ecos Facebook.

If you’re keen to reduce your use of plastic products, Eden Ecos has you covered, we reported in June. From biodegradable glitter made from gum leaves to beeswax food wraps to bamboo toothbrushes, you can find a huge range of alternatives to plastic in the online store. Here’s a closer look.

1. Reducing the need for toilet paper, your next step in a zero waste life
by Kathleen McCann 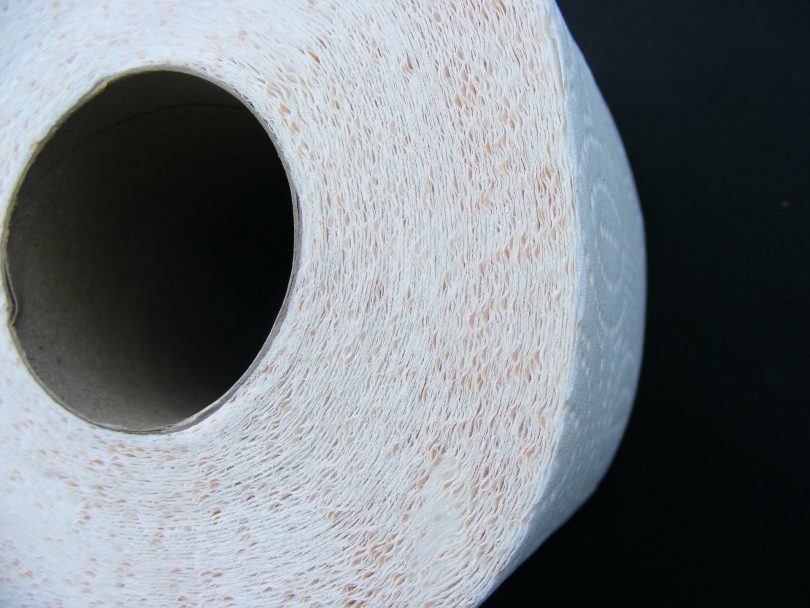 Could your next step towards a zero-waste life be reducing your use of toilet paper? That’s the question we asked in June, with many readers chiming in to share their thoughts. In our article, Kathleen McCann took a look at alternatives to toilet paper and provided some useful tips for those interested in considering toilet paper alternatives that are better for the environment.

Join us tomorrow for a look back at the top business articles on About Regional in 2019.

If our most popular food and wine stories for 2019 are anything to go by, About Regional readers can't get...
Read More
Top