With repeated visits from her ‘Herd for Hire’ Elisabeth says the war on weed can be won. Photo: Ian Campbell.

Two Northern Hemisphere natives are doing battle in Southern NSW and the ACT and the good guys are winning.

Goats are currently munching their way through tangles of blackberry bushes along Merimbula Creek at the back of Club Sapphire having beaten similar infestations around Lake Burley Griffin and the Australian National Botanic Gardens in Canberra.

“With goats, the use of harmful herbicides can be entirely avoided,” says Elisabeth Larson from Bega Valley based, Herds for Hire.

“Goats will work in step rocky terrain that is inaccessible to man and machines or just not safe, and their soft hooves don’t cause soil compaction.” 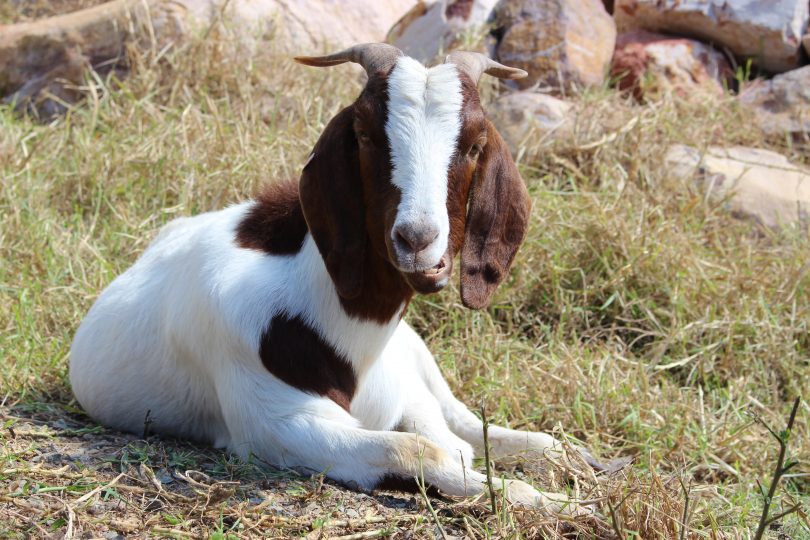 “With goats, the use of harmful herbicides can be entirely avoided,” – Elizabeth Larson.

Both goats and blackberries come with a reputation in an Australian setting, but putting them together in an environmental war seems to make sense.

With repeated visits from her Herds for Hire Elisabeth says the war on weeds can be won.

“Weed seeds are destroyed in the goats gut and not spread, and their grazing and the ‘fertilisation’ improves the soil.” The Herd for Hire at work behind Club Sapphire and Merimbula Woolworths. Photo: Ian Campbell.

“They love fireweed, they run for it, they just blitz it, the job is done in a couple of hours,” Elisabeth says.

The day I met Elisabeth, her 25 goats were lounging in the sun with full bellies, working their magic over three to five weeks on an unloved strip of land behind the new Woolworths in Merimbula owned by Club Sapphire.

“It was overgrown and we could have put slashers and tractors is there but that would not have been very effective and being so close to Merimbula Creek not very environmentally sensitive,” says Damien Foley, Club Sapphire CEO.

“That land has some hidden beauty and tied up I think it will be an asset to the town.”

Plans for the future of the site are still being discussed but once the goats are done relocating the ‘From Little Things‘ urban farm and community garden is a possibility. Elisabeth only needs to holla to her herd and they respond in unison. Photo: Ian Campbell.

Elisabeth has long been convinced of the positive role goats can play in the Australian landscape, bit by bit she is making ground with private, community-based, and government landholders near and far.

Inspired by ‘Rent a Ruminant‘ in the USA, Norwegian born Elisabeth and her Aussie husband Jim Shields, brought the idea to the Bega Valley in 2011.

The specially designed flexible, moveable electric fence is the key and concentrates the goat’s effort in a specific location.

“And these are not just any goats, I choose the good ones, those that lend themselves to this work,” Elisabeth says.

“There are a couple of goat breeders in the valley, and they know what I am doing, so they will always have animals ready to go.”

All desexed male goats, the herd is happy and content in each others company.

“They are a social animal, if you take a goat away by itself they get distressed, they seek out each other and they form bonds, they are very charming animals.”

Elisabeth only needs to holla to her herd and they respond in unison.

Recent work in the nation’s capital marks a particularly proud moment for these ferals.

“The National Capital Authority manages most of the crown land in the ACT and they have a problem with blackberry on the foreshore of Lake Burley Griffin,” she says.

“They also wanted to control alligator weed growing in the water.

“We had two aims – remove the blackberry without herbicides and allow access to the water.

“It was an astounding success,” Elisabeth beams. 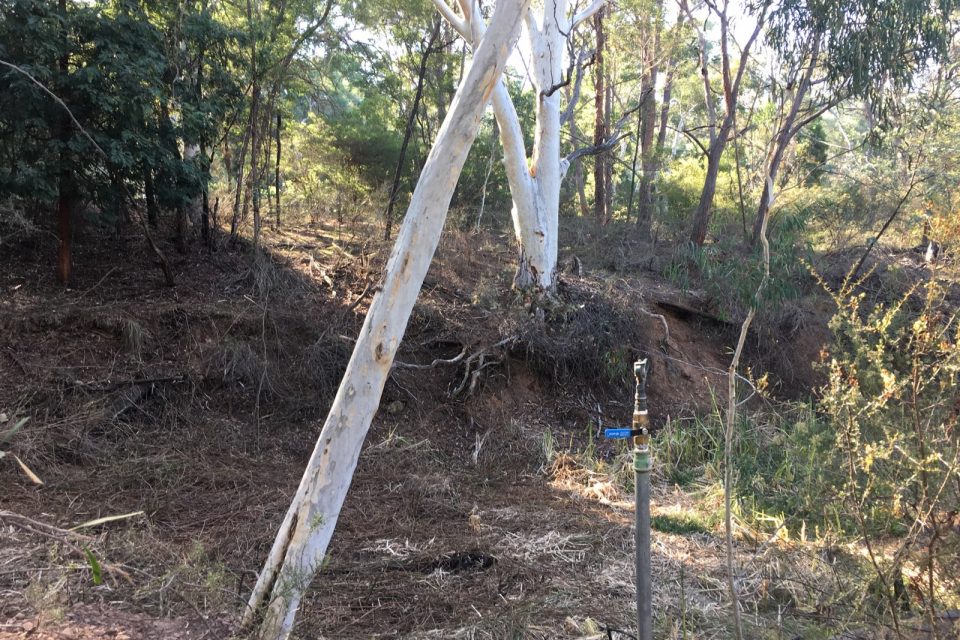 From the waters of Canberra, this herd for hire was moved to the Australian National Botanic Gardens and “two hopeless gullies” no one had been able to access.

“It was embarrassing for them, to have a blackberry problem, in two weeks we impressed them all, the goats did the job.”

If you do happen to come across Elisabeth and her herd, take an interest, but please keep your dog on a lead.

“This has overwhelming public support, people just love it because it makes so much sense.” Goats will work in step rocky terrain that is inaccessible to man and machines or just not safe. Photo: Ian Campbell.

If weeds grow on improved pasture, will the goats destroy the pasture below the weeds

I am intereseted but ..can anyone comment on what happens to blackberry canes after goats eaten a patch ..does it reshoot later as the roots would be still viable?? .

Yep. They are the go. Pigs too clean up infestations.

What a wonderful solution🙏💚🐐

These look like Boer goats. Very intelligent! Easy to train and very gentle and they do a wonderful job cleaning up all the weeds on properties. When we had them they ate through an enormous blackberry patch and we discovered 50 m more land on our river bank.