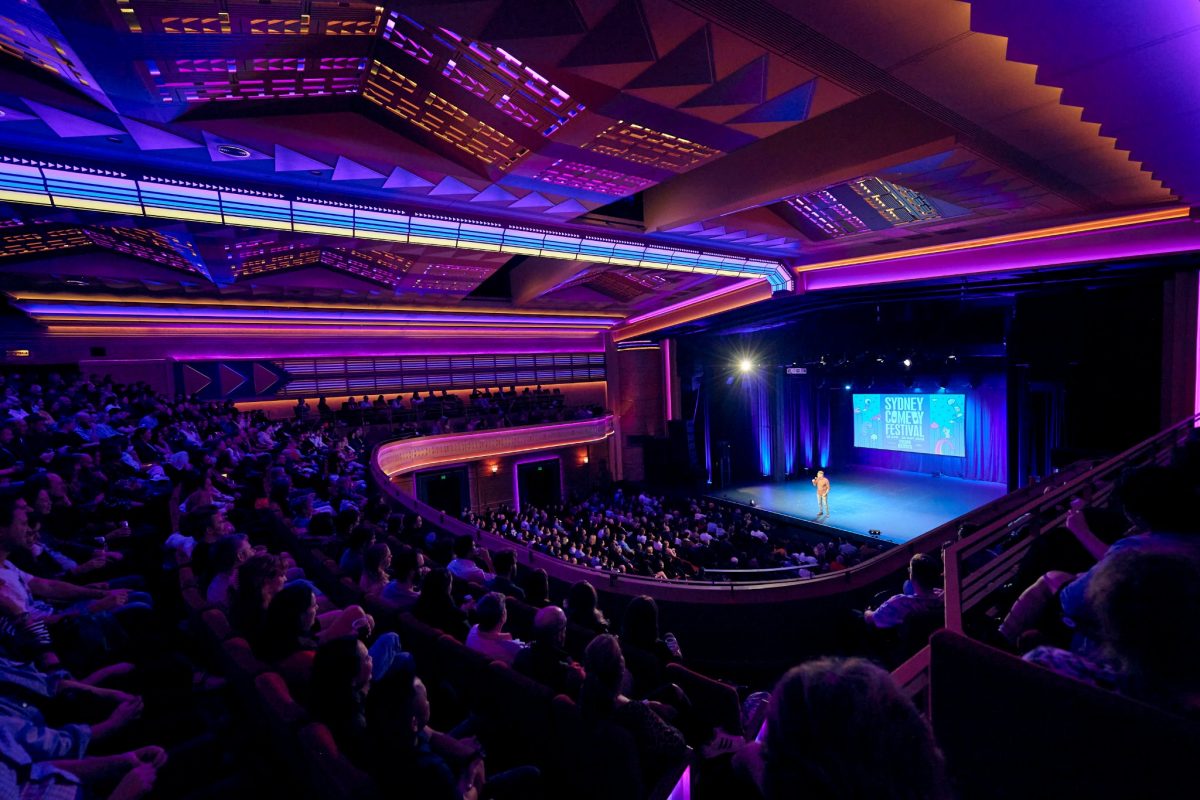 What show are you going to see this month at the theatre? Photo: Sydney Comedy Festival, Facebook.

Canberra bustles with events year-round – and August will be no exception. If you’re looking for some big city excitement on your next visit, we have all the best events of the month mapped out.

Whether it’s listening to music, a good comedy-induced belly laugh, cultural exhibitions or top-notch markets – we’ve got you sorted. 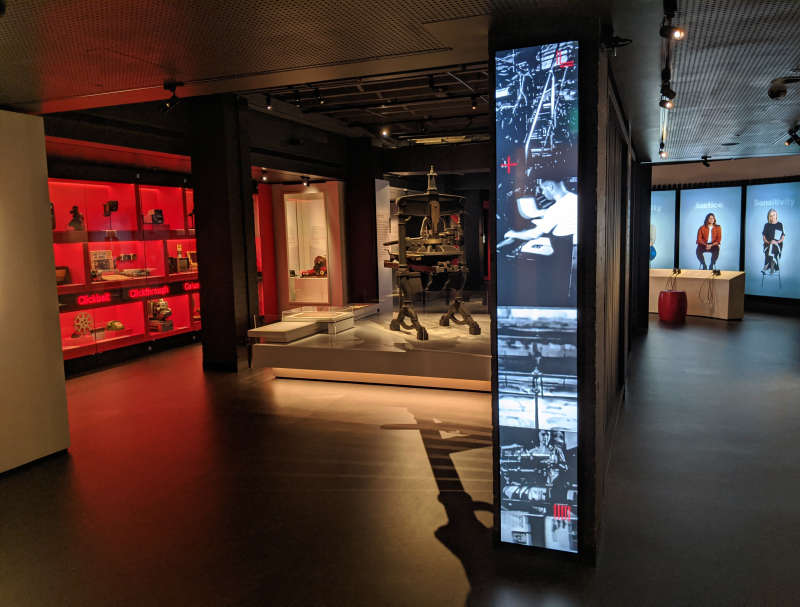 Truth, Power and a Free Press

When: Running now until 2023
Where: Museum of Australian Democracy at Old Parliament House
Cost: Free entry, booking is recommended.

Australia’s media history highlights combine through stories from some of Australia’s leading journalists including Joanne McCarthy, Hedley Thomas, Laura Murphy-Oates, Hamish Macdonald, Adele Ferguson and more. An exhibition held fittingly at the Museum of Australian Democracy, Truth, Power and a Free Press will address fake news and the importance of trusted media sources. 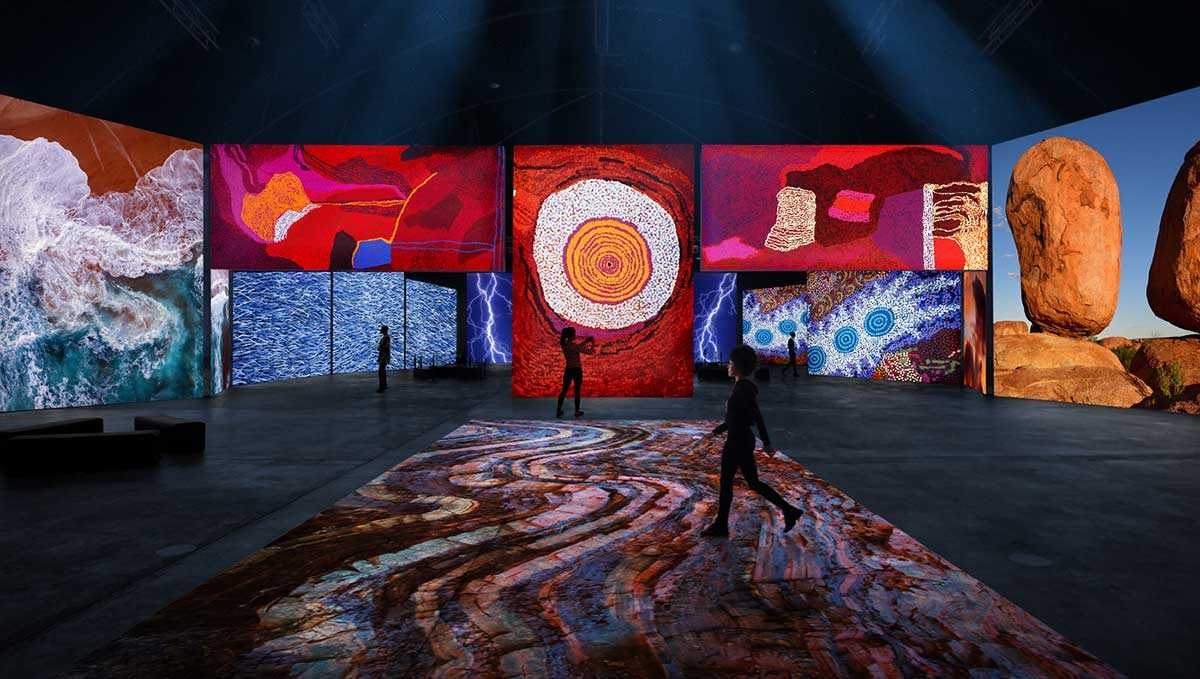 When: Running now until 9 October
Where: National Museum of Australia
Cost: Tickets are from $14 and can be purchased here.

Creators and producers of Van Gogh Alive, Grande Experiences, have partnered with the National Museum of Australia to take audiences on a journey through Indigenous art and culture in Connection – a spectacular immersive experience not to be missed. 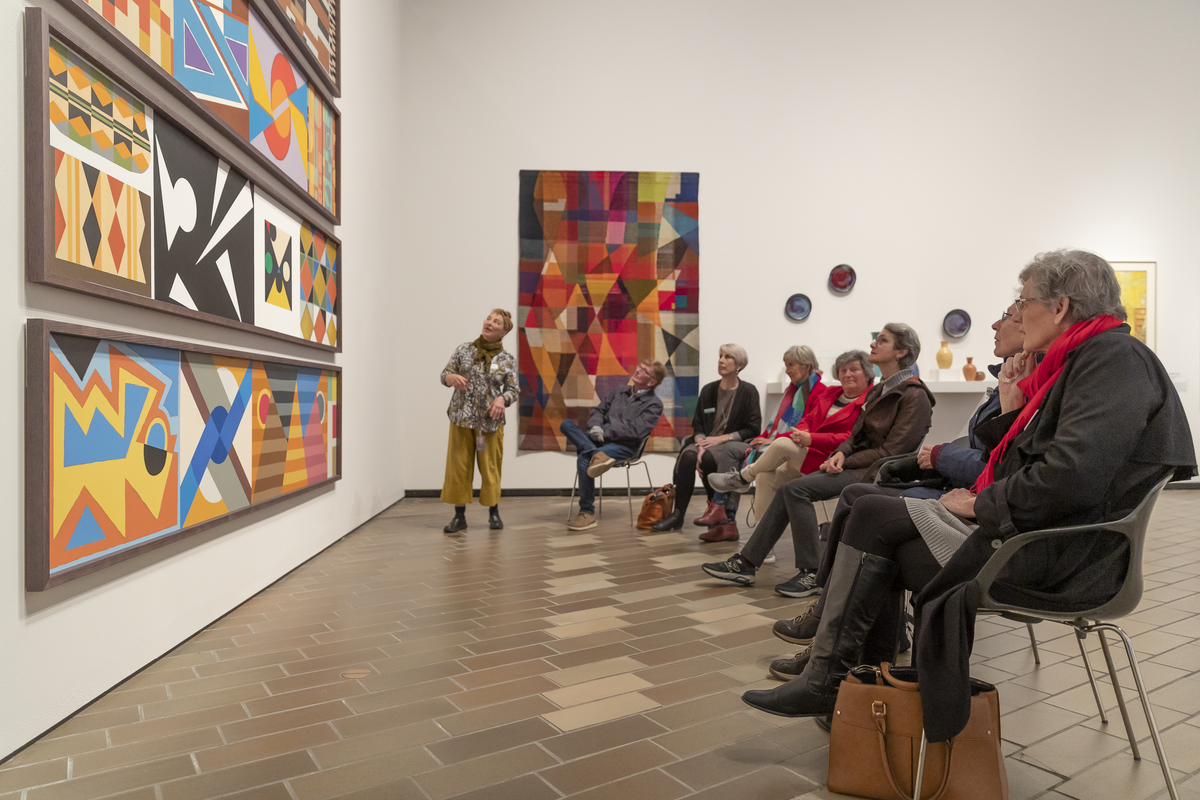 Art for Dementia is held on the first and third Friday of every month. Photo: National Gallery of Australia.

Art for Dementia: Art with Friends

When: Friday 5 August, Friday 19 August, from 10:30 am
Where: National Gallery of Australia
Cost: Free entry but bookings essential.

Art for Dementia is an event that welcomes small groups of people living with dementia and their care partners to enjoy a tour with discussions of three to four artworks. Audiences have the opportunity to make their own art as well. All visitors also get to keep photocopied reproductions of the works discussed. Mobility aids like scooters, wheelchairs and wheelie walkers are available on request.

When: Saturday 6 August, 10 am and 12 pm
Where: The Canberra Theatre
Cost: Tickets are from $22 and can be purchased here.

Known for receiving Best Kids and Families Podcast in 2018 and as seen on ABC Kids, The Beanies are coming to Canberra for the first time this August. They will perform a new stage show that examines parenting and its challenges using humour, music and a lot of glitter. 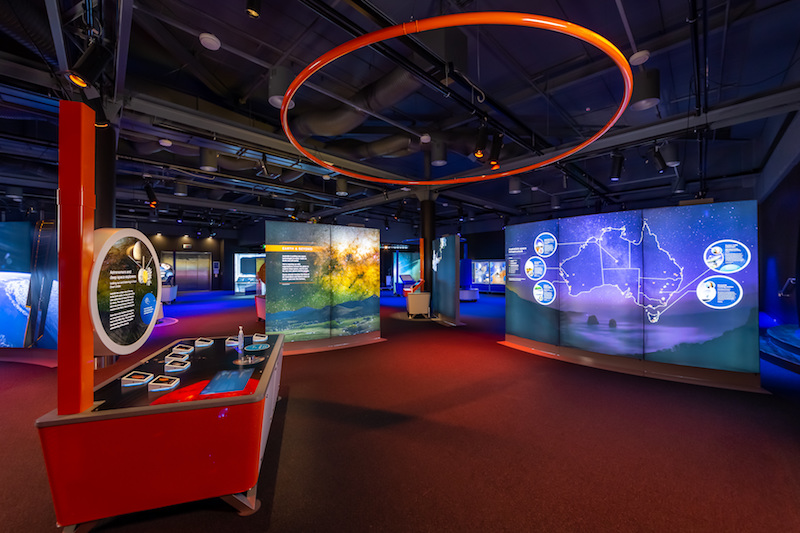 When: Now Showing
Where: Questacon National Science and Technology Centre
Cost: Tickets are from $17.50 and can be purchased here.

Questacon’s latest exhibition Australia in Space celebrates the Australian space sector and explores the benefits of space technologies here on Earth. Audiences will get to discover ways in which Australia contributes to the global space industry and discover the inspiring innovators and researchers behind the country’s cosmic success. 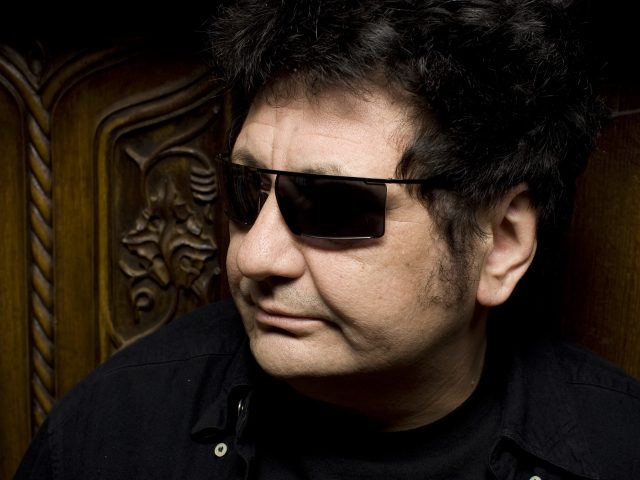 When: Saturday 6 August, doors open from 6:15 pm
Where: Tallagandra Hill Winery
Cost: Tickets are from $90.76 and can be purchased here.

One of Australia’s leading singer/songwriters Richard Clapton is performing at the Tallagandra Hill Winery this month. He is best known for writing about his experience of being Australian and has been in the industry for more than 40 years. A range of Tallagandra Hill wines, local beers and food will be available for purchase on the night. 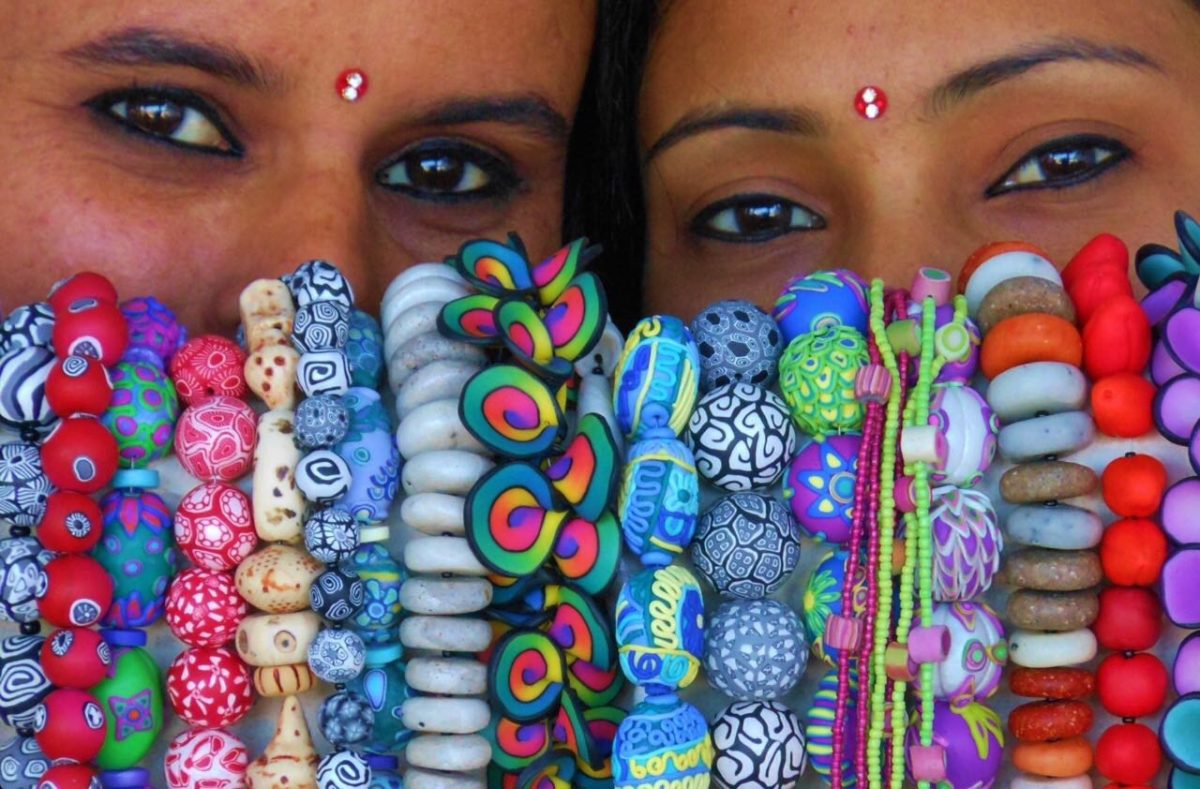 On the first Sunday of every month, the Old Bus Depot Markets transforms into a celebration of diversity with Multicultural Sunday. Taste exotic international dishes and immerse yourself in a market with handcrafted products worldwide. 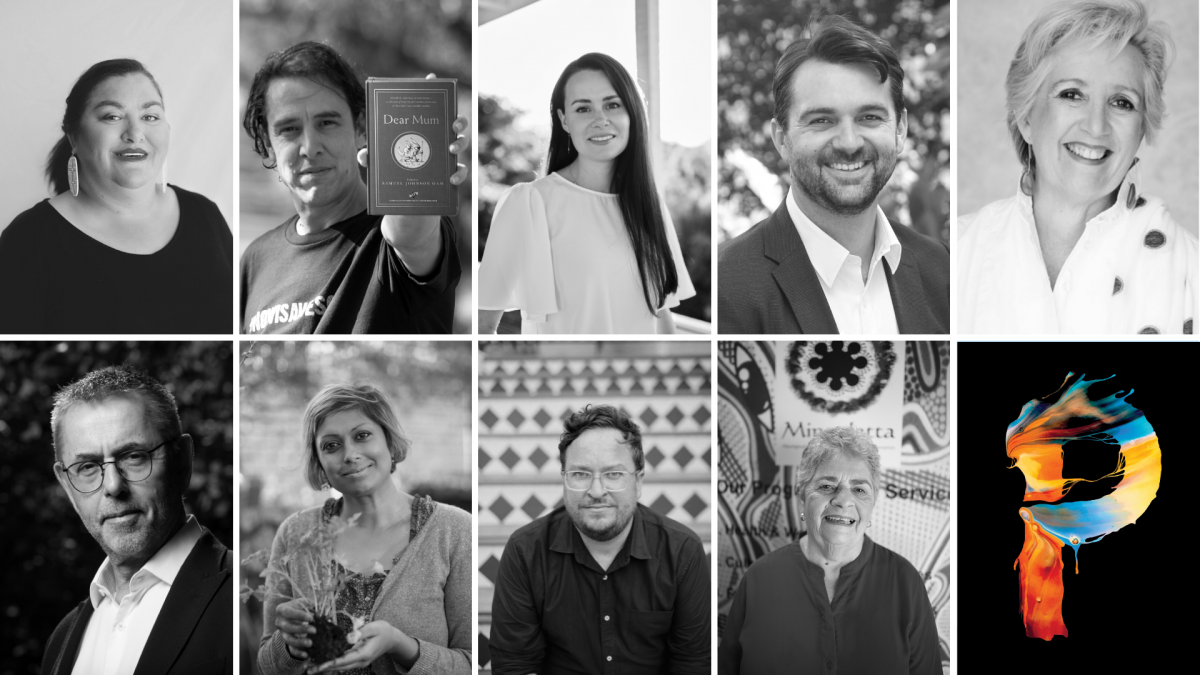 More than 70 live events will take place across several locations to engage, challenge and inspire audiences for the Canberra Writers Festival. With a dynamic mix of national, international and local talent, Canberra Writers Festival director Paul Donohoe said the festival would “champion open conversation, stimulate discussion, reflect on our past and imagine the future”.

Vike and Linda are going on tour to celebrate their 2021 album. Photo: Canberra Theatre.

When: Thursday 11 August, 7:30 pm
Where: The Canberra Theatre
Cost: Tickets are from $79 and can be purchased here.

The Australian vocal duo Vika and Linda are coming to the Canberra Theatre this August to debut their 2021 album The Wait. With a full band behind them and some fresh tunes to perform, you won’t want to miss out on seeing the duo headline at a theatre for the very first time. 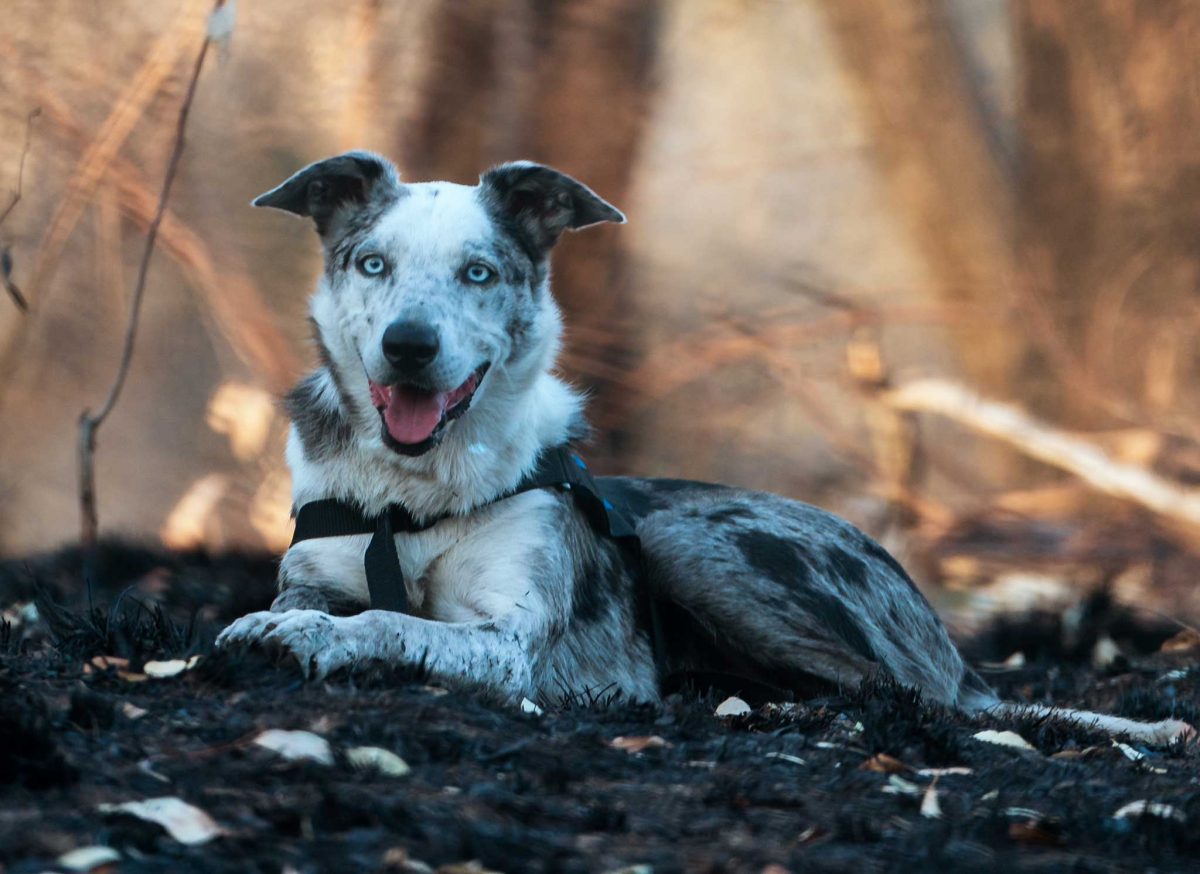 When: Wednesday and Thursday, 10 and 11 August, 7 pm – 9:40 pm
Where: National Film and Sound Archive of Australia
Cost: Tickets are from $23 and can be purchased here.

The Top Dog Film Festival is a unique showcase of the incredible bond humans and dogs have through unique and independent films. A celebration of our canine companions, this festival will bring the most inspirational, heart-warming and entertaining films from around the world to one place – the National Film and Sound Archive of Australia. 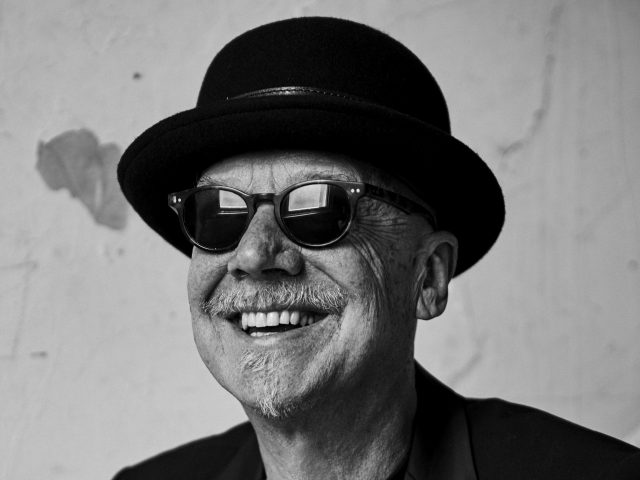 Australian singer-songwriter and guitarist Russel Morris is coming to Tallagandra Hill winery for a special show that combines dinner and fantastic live entertainment. After being in the music industry for 50 years, Russel continues to perform, record, tour and win awards. His show is a must-see this August. On Stage: Spotlight on Our Performing Arts

When: Now until 14 August
Where: National Library of Australia
Cost: Free entry. 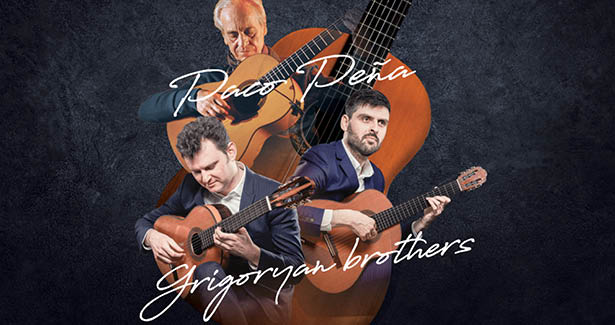 Paco Peña – one of the world’s best living guitarists – will perform in Canberra in August. Photo: Canberra Southern Cross Club.

When: Tuesday 16 August, from 6 pm
Where: Canberra Southern Cross Club
Cost: Tickets are from $81.75 and can be purchased here.

Paco Peña and the Grigoryan Brothers are coming to the Canberra Southern Cross Club for a special show combining the artistry of the acoustic guitar, fiery flamenco flourishes and the harmonious and colourful tones of classical music. 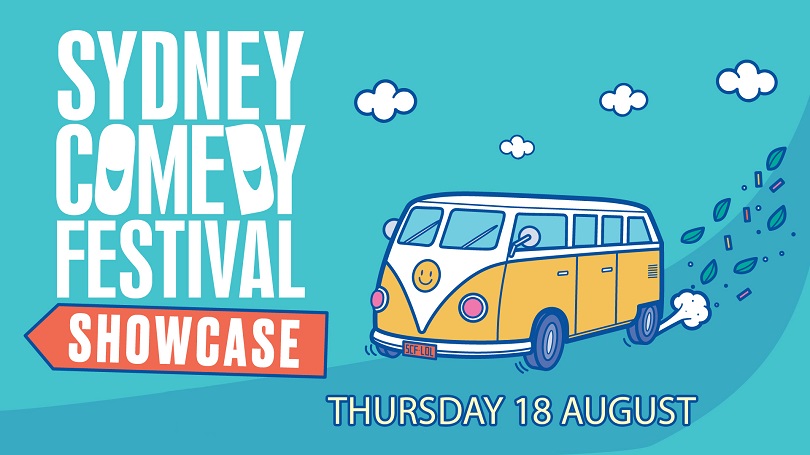 When: Thursday 18 August, 7:30 pm
Where: The Canberra Theatre
Cost: Tickets are from $38 and can be purchased here.

The Sydney Comedy Festival Showcase tour brings its best comedians to Canberra in this one-night showcase. The jam-packed, two-hour lineup will feature veteran favourites alongside some of the freshest emerging talents from the nation, all guaranteed to have you in stitches. 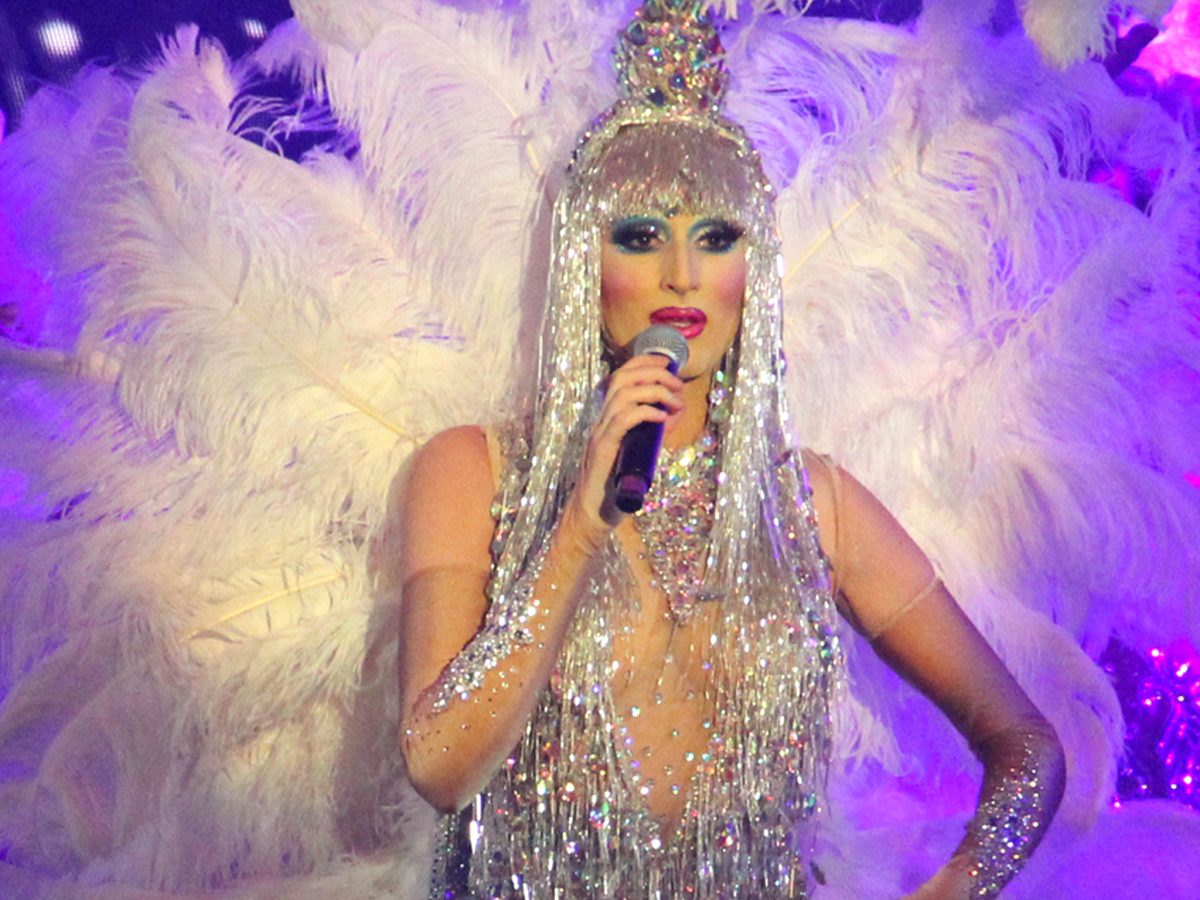 When: Saturday 20 August, 8 pm
Where: The Canberra Theatre
Cost: Tickets are from $61 and can be purchased here.

Coming to the Canberra Theatre, Australian songstress Prada Clutch and her queens are set to pay tribute to the history of Aussie drag in a unique concert. Feathers, wigs, headpieces and costumes abound as this cast of seven put on a dazzling drag spectacular you won’t want to miss. 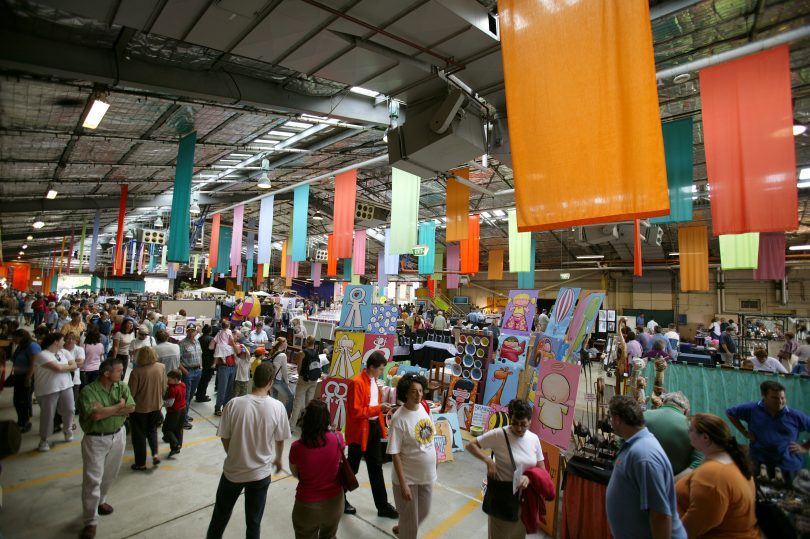 If you love all things shiny, sparkly and fashionable, you’ll love the Designer Sunday market. Stallholders offer a wide variety of beautiful, unique jewellery and gorgeous designer clothing. This event is held on the third Sunday of every month. 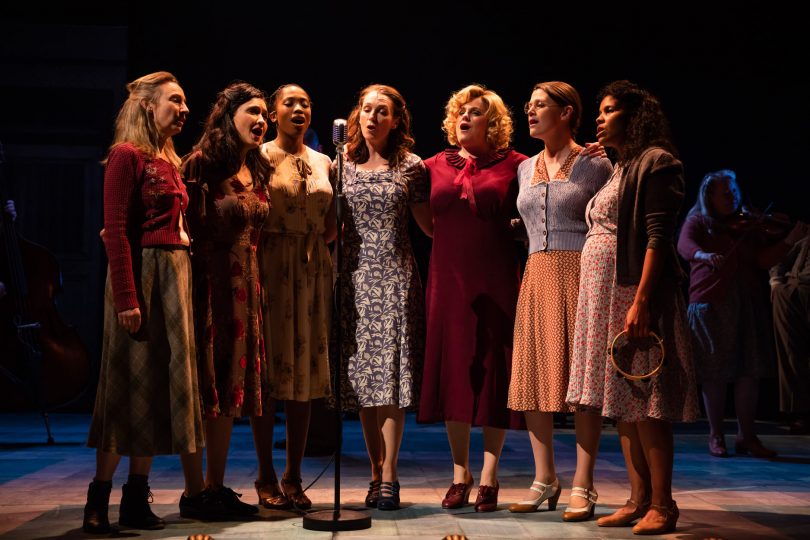 Girl From The North Country

When: Various days and times from 25 August to 3 September, click here for options
Where: The Canberra Theatre
Cost: Tickets are from $99 and can be purchased here.

Conor McPherson’s multi-award-winning hit musical Girl From the North Country, with music and lyrics by Bob Dylan, is coming to Canberra. Telling the story of American life in 1934 Minnesota, it centres on a community living on a knife-edge in the local guesthouse. The owner, Nick, owes more money than he could ever repay, his wife Elizabeth’s mind is slowly deteriorating and their daughter Marianne is carrying a child no one will account for. When a preacher selling bibles and a boxer looking for a comeback turn up in the middle of the night, things start to spiral beyond the point of no return.

Comedy hypnotist Andy Vening is coming to the Harmonie German Club to demonstrate with volunteers, the power of their unconscious mind in displays of hilarity and mayhem. Dinner and a show will be an option, with catering from Knuckles German Restaurant. 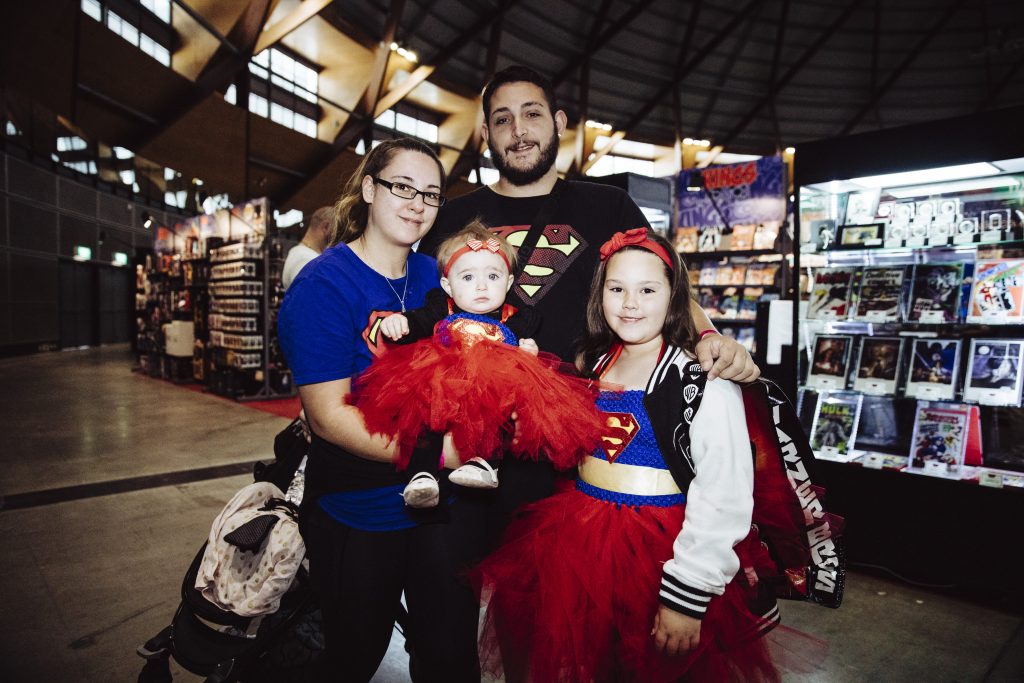 There will be fun for the whole family at Comic-Con. Photo: Comic-Con.

Oz Comic-Con is a unique two-day exhibition for people of all ages who have an interest in pop culture. Whether collecting items, watching certain cartoons or films, loving anime, or dressing up in cosplay, this exhibit has something for everyone. The Canberra Kids Market is held at the Fitters Workshop. Photo: iStock.

There are plenty of things to do in the region this week, especially if you love live music, cakes, cocktails...
Read More

There are plenty of fun things to do in the region this week including comedy shows, live music performances, truffle...
Read More

There are plenty of things to do in the region this week, especially if you love musicals, live music, circuses...
Read More