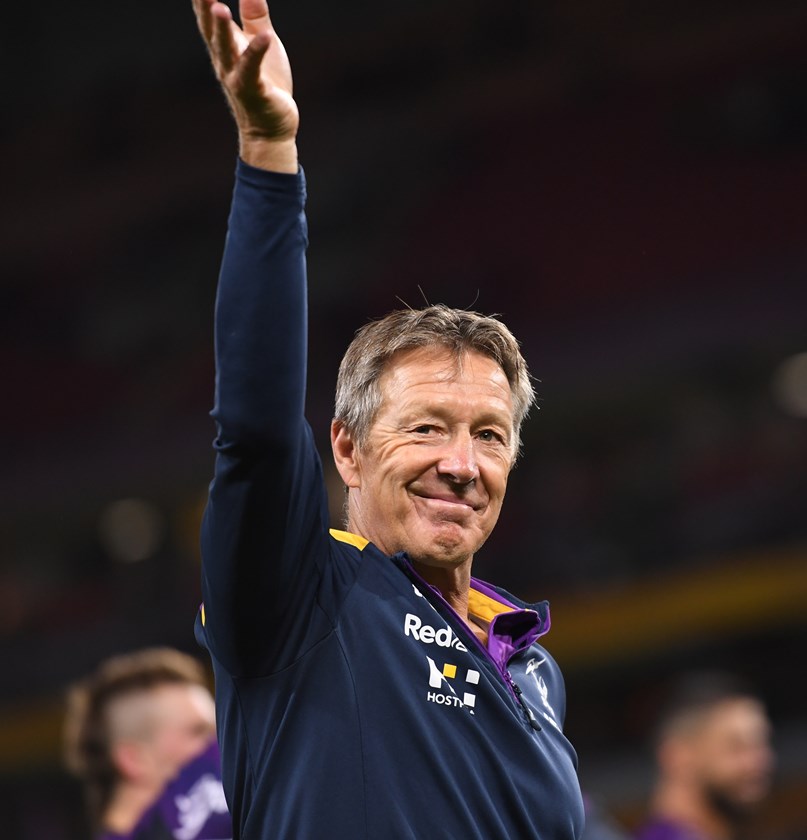 I had an insight into Craig Bellamy’s passion for rugby league several times during his time as a player and then as a coach with the Canberra Raiders.

Watching the Raiders train at Seiffert Oval on many a cold Tuesday and Thursday night in the 1980s and early 90s showed his determination. No one pushed harder than Craig.

He remains possibly the hardest trainer I have ever seen in rugby league. Compared to others, he was relatively slight, but more than made up for it by being the fittest.

He played in the 1987 grand final, missed selection in the 1989 team, before coming off the bench in the 1990 premiership win. After that grand final victory, Craig headed to Wagga Wagga and captain-coached Turvey Park to a premiership before returning to the Raiders the following year.

The Raiders tapped into his pursuit of fitness excellence, and by 1993 he was part of the coaching structure. In 1995 he coached Canberra’s Presidents Cup team to a premiership.

In 1995, while commentating a game in Sydney for the ABC, I was looking for a co-commentator. Tim Sheens suggested Craig, and he joined the commentary team for that one game. I well remember being warned by all and sundry that Craig had the ability to fill a sentence with as many swear words as humanly possible.

I admit I was more than a little nervous about placing a microphone in front of him, but as it turned out, my trepidation was ill-founded.

Craig’s analysis provided a valuable insight into his football brain without the hint of profanity. He did well to keep his emotions in check.

To this day, I am pretty sure it is his only game as a co-commentator. It was obvious his passion was for far greater involvement in rugby league than as a trainer or coach.

By 1998 he had become the Broncos Performance Coordinator under Wayne Bennett when Brisbane won the premiership.

In 2001 he expressed a desire to return to the Raiders as head coach succeeding Mal Meninga.

History reveals he missed out and the job was given to Matthew Elliott, who had been coaching in the UK. Elliott had success with the Raiders, especially in 2003, when the side made the semi-finals.

Elliott had some handy players at his disposal, including Wiki, Croker, Schifcoske, Monaghan and Davico.

The Raiders interview panel that appointed Elliott comprised Robert Finch, Laurie Daley and Kevin Neil. Finch and Daley, speaking to The Sydney Morning Herald this month, shed little light on the reasons behind not appointing Bellamy. He seemed to be the obvious choice at the time. His non-appointment was akin to Decca passing on The Beatles in 1962.

Needless to say, Bellamy has gone on to become one of the greatest coaches in the history of the NRL after being appointed the Melbourne Storm head coach in 2002.

The reasoning given by Finch for rejecting Bellamy as Raiders coach in 2001 was that Bellamy would have been coaching players he played with, which was seen as an issue.

Bellamy remains the coach of the Storm while the Raiders have had four coaches in the time he has been with Melbourne.

Hindsight is a wonderful thing, but there are many variables to consider.

Cameron Smith almost signed with the Raiders in 2003 after playing just two games with the Storm. Billy Slater was working in the stables with Gai Waterhouse before signing with the Storm.

What would the Raiders look like now if James Tedesco hadn’t back-flipped after signing a three-year deal with Canberra in 2014?

Would the Raiders have had greater success had they not been forced to sack Carney, Dugan and Ferguson?

Bellamy, in the meantime, developed possibly the greatest spine in the history of rugby league with Smith, Cronk and Slater.

Would the Raiders look any different now if Bellamy had got the job in 2001? It would be easy to say ‘yes’ they would be more successful because of his track record, but the reality is, there are too many ‘ifs’ to say what would have happened.

One Response to What might have been had Craig Bellamy been appointed Raiders coach in 2001?

What might have beens are worth the same as if onlys, nothing!