Within a day of the 2018 Tathra bushfire destroying dozens of homes in the Bega Valley Shire, a regional recovery coordinator was appointed to hit the ground running.

But even though the Tathra blaze that burned between 18-19 March, 2018, helped the region’s disaster response preparedness through implementation programs, support services and a recovery centre – which were all still in place when bushfires hit during the past summer – they were unable to prepare for the unprecedented scale and intensity of the recent fires.

“The scale of the 2019-2020 fires was something that was unpredicted, but we are prepared as we possibly could be,” Bega Valley Shire Council (BVSC) general manager and deputy chair of the Regional Recovery Committee, Leanne Barnes, told the Royal Commission into National Natural Disaster Arrangements.

However, BVSC’s submission to the royal commission was more scathing.

“We were not prepared for the scale of the event or the overlay of a flood into the event,” said the submission.

“Our Rural Fire Service (RFS) was severely stretched and council provided additional resources and support. At the scale of the event, the unclaimable costs to council for dealing with the emergency run into millions of dollars, which is not sustainable.

“RFS resourcing and support needs to be better funded and available in each local government area. Proposals to restructure RFS and centralise should be immediately reviewed to support local communities.”

The RFS incident management team operated out of another shire and was initially isolated, according to BVSC.

Cross-border issues between NSW and Victoria also needs to become a priority to increase the efficacy of disaster management and response, the royal commission heard.

“The Princes Highway is not a road of strategic importance or funded through a federal program so it is predominantly the NSW Government which has been doing an enormous amount of work trying to get the highway upgraded from Sydney to the Victorian border,” said Ms Barnes.

“In many instances, it is the roadside clearing – the number of trees – because the highway does travel through forests and national parks. The funding profile for it as route number one in Australia to be upgraded to provide all-purpose access north and south is absolutely critical.” 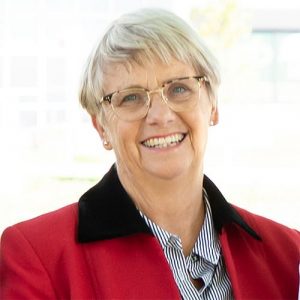 The Princes Highway was blocked in both directions for weeks because of the bushfires, trapping more than 70,000 tourists in the Bega Valley Shire and impeding the economy and recovery effort in the region.

The ordeal has led BVSC to call for more consistent coordination at a federal level, suggesting all three levels of government should have greater clarification as to what their roles are during a crisis and into the proceeding recovery period.

The Black-Allen Line, the eastern straight-edge portion of the NSW-Victoria border also created an issue with bushfire warning systems. The NSW RFS Fires Near Me app would cease at the border, giving no warning or information about fires just across the border.

Residents would then have to use the Victoria Country Fire Authority app, which has a different interface and less localised information. This provided an issue for the community and staff, the council said.

One Response to Tathra bushfires helped disaster preparedness, but Black Summer was too intense: Royal Commission

Once you learn to use it, the Vic Emergency App has lots more information than Fires Near Me App. Maps printed at 9:00 am and displayed at community updates were more up to date at 3:30 pm than Fires Near Me. This just leaves everyone guessing. When it’s one or two properties that’s frustrating but when whole towns are under threat, and the information is completely muddled it’s inexcusable.