People packed a Merimbula cinema last week to trigger a better and more open discussion about suicide with the hope of reducing the number of deaths caused by “brain pain” and acknowledging the hurt and impact carried by the family and friends left behind.

Mental health advocate, Glenn Cotter hosted a screening of the movie, “Suicide: The Ripple Effect” at the Picture Showman Cinema on a cold, dark Monday (May 7) night and 130 people turned out to support the discussion the movie invites.

Only the dodgy seats in the cinema were left – Glenn and the handful of local mental health agencies that gathered were surprised by the level of interest but not by the impact suicide has had.

The movie is a powerful account of one man’s second chance.

In September 2000, Kevin Hines leapt off the Golden Gate Bridge in San Francisco. The moment he left the 4-foot high railing, Kevin says he had instant regret and in the 4 seconds it took for him to hit the water below, he prayed for his life.

Before jumping, as he fought the influence of Bipolar disorder, he said he felt he had no other choice but to die, however the moment he started to fall he says he realised his cry for help was a mistake.

Thankfully, Kevin lived. He is one of just 36 people to survive the 75-metre drop into San Francisco Bay; almost 2000 people have ended their lives from the same ledge since the bridge was opened in 1937.

Until recently the bridge was the most “popular” suicide site in the world.

Kevin says he found out that his friends and family wouldn’t be better off without him and that there are other options. He now spends his life starting conversations about suicide in local communities around the world and talking about prevention, while supporting those who have lost people.

The movie points to the impact suicide has beyond the person who takes their life – the ripple effect felt through a community – but primarily the documentary urges people to engage with the topic and change the culture of silence around suicide.

The turn out on Monday night in Merimbula suggests talking about suicide is a conversation this community is willing to start. 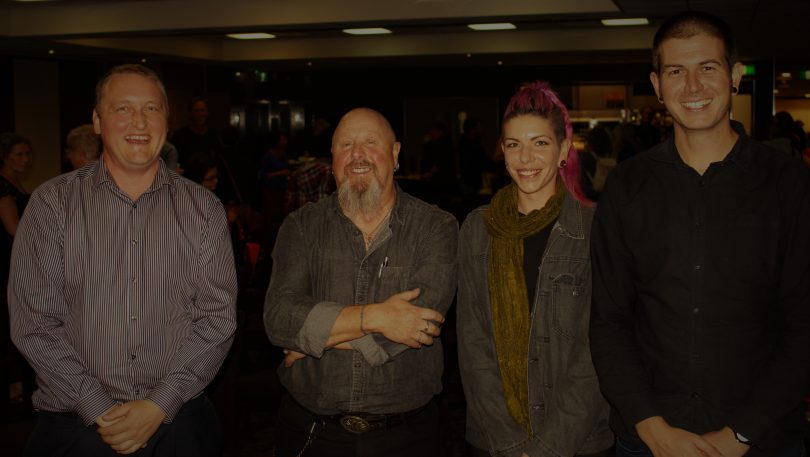 A panel discussion followed the movie to inject a local perspective, drawing on the experience of a number of South East mental health workers; psychologist Chris Pittillo from Grand Pacific Health and Teen Clinic, Claudia Wszola from Partners in Recovery and Next Steps, Sam Stephenson, the Manager of Wellways, and Glenn Cotter who spoke about his own experience with suicidal thoughts.

“I was a bit nervous about bringing this movie to town, it’s very raw, very honest, but this is a conversation we need to have,” Mr Cotter says.

“The shame and the stigma of suicide – I have felt it, but we need to open people up to talking about this.”

The movie made the point that tangible conversations about suicide tend to only happen after someone has died, and so with a sense of respect for those in the room who have experienced this, the discussion moved forward.

“For me, one of the important things I saw [in the movie] was that Kevin has a lived experience of his pain passing,” Mr Pittilo says.

“A lot of the time in our work and in conversations we have with people that’s what we are trying to do, just to sit with them, hold them and follow them while the pain passes – and it does pass.”

“That’s what we want people to understand – that the pain will pass and you might not necessarily think this way at another time, it’s particularly important for young people to know that because they haven’t had a life yet to know there is adversity and pain,” he says.

Claudia Wszola says even though the movie is centred on an American experience, its message is still very relevant for South East NSW.

“The brain pain feeling Kevin spoke about is a common thread through the people we work with,” she says.

During the course of the movie, Kevin talked about hoping someone would notice his distress and ask, “Are you okay?” He had hoped his bus driver to the Golden Gate Bridge on that day would ask; a prompt not to jump.

Questions from the local audience sought advice from the panel about how to be the person that asks, “Are you okay?” and what to do if someone starts to open up.

“First of all look after yourself, if you can’t have that conversation because of your lived experience, I think just be really honest about it and say – this is really important but I don’t think I am the right person for this conversation today, how about we call someone?” Mr Pittilo says.

“Up to half of us have some sort of suicidal ideation, so its a relatively normal experience at some level, it’s not an experience we want people to have, but its a very human experience.

“They are talking to you so you know they want to be alive, no one wants to die, they want the pain to end,” Mr Pittilo says.

“Try and find the things that are keeping them here – their friends their family, build up hope, find the reason why they want to talk to you. 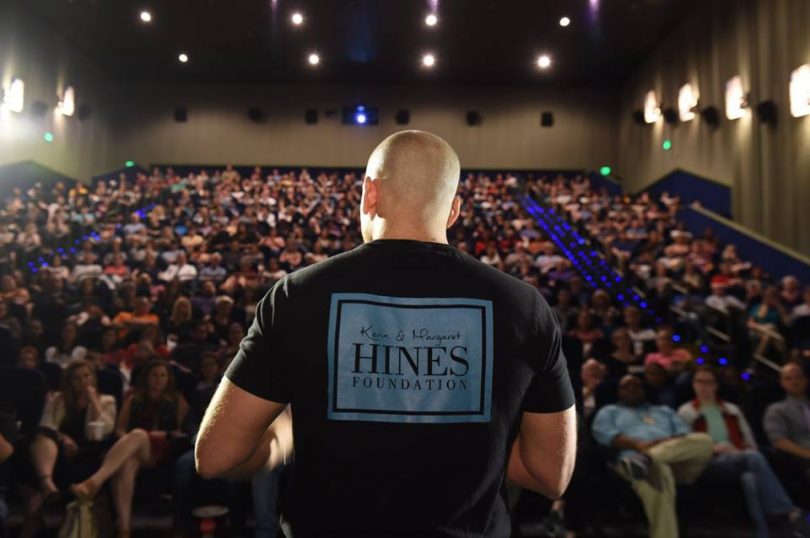 Glenn Cotter says answering the question “Are you okay?” honestly and wholeheartedly is the hardest thing in the world to do.

“I cycled through massive amounts of anxiety and self-doubt, and lack of self-worth,” he says.

“And as much as I wanted somebody to ask that question, sometimes you are not ready to answer it.

“On one particular day I really wasn’t good and it was just a simple phone call from a mate and I just had to say – no I am not okay.

“It’s one of the hardest things I’ve ever done, but it was a turning point for me, I realised it was okay to admit it.”

Encouraging the community to ask “the question” and give others the opportunity to answer honestly was the key message people left with on Monday night.

“There is no perfect way to have this conversation with people,” Sam Stevenson says.

“All you can do is be honest with the person, the bravery it takes for someone to disclose this stuff is absolutely massive.”

To host a screening of Suicide: The Ripple Effect in your community, talk to Fan Force.

For mental health support and well being – Life Line, Beyond Blue, Teen Clinic, Headspace , RU Okay? or talk to your doctor.

One Response to Suicide: The Ripple Effect felt in Merimbula – community gathers to talk

If you want to add value to YOUR OWN life…..show that you care FOR OTHERS !
R U OK ? is a great starting point !……you don`t have to be loaded with answers because JUST ASKING & LISTENING could be THE ANSWER…..being of service to others is most rewarding.
Gives you a feeling you can`t get any other way….and you just might be saving someone`s life !