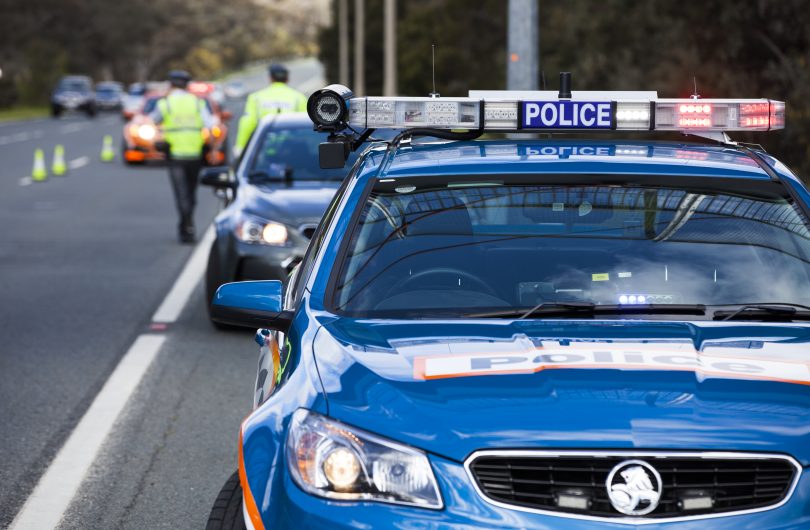 A man wanted on outstanding warrants relating to fraud offences has been arrested at a motel on Crawford Street, Queanbeyan on Wednesday afternoon (19 June).

Officers from Orana Mid-Western Police District had been searching for the man as they investigated several fraud incidents. It was alleged he had been scamming people out of money by purporting to sell electrical goods, before taking their deposit and then ceasing contact.

Following inquiries, around 1 pm yesterday, the 44-year-old was arrested, with police also finding methylamphetamine and an amount of cash in his possession.

He was taken to Queanbeyan Police Station where he was charged with the three warrants, as well as goods in custody, possess prohibited drug and obtain benefit by deception.

NSW Police are also liaising with interstate police because it is believed he is wanted for similar offences in Queensland and Western Australia.

He was refused bail at Queanbeyan Local Court today (20 June).

One Response to Police arrest man in Queanbeyan over frauds

I believe some people I know were conned by this guy..apparently his uncle passed away in Bunbury and had all these electrical items for sale as they were winding down the business..took deposit vi bank credit, and never to be heard of again..I smelled a rat – and advised against sending money – but no ..it was too good a deal to pass up !!!! GGGRRRRR
Hope he enjoyed ripping off old people – enjoy you time in the slammer .