Thunder and Dust will screen in Merimbula on Monday, June 18. Photo: Supplied.

Dust and thunder from a regional speedway has roared across the big screen in Canberra, ahead of the documentary’s first screening within the community that inspired it.

For Bega Valley filmmakers Andrew Moore and Fiona Scott, “Thunder and Dust” has been a five-year passion centred around Sapphire Speedway, west of Candelo.

Friday (June 8) nights screening with the ANU Film Group marked an end to hours of research, interviews, filming and editing to produce the 90-minute story.

Thunder and Dust is dedicated to the group of people that strives to keep their 45-year club afloat while dealing with natural disasters, regulations, insurances, and lack of money.

“When I first got involved with Sapphire Speedway as Race Secretary, I never dreamed that I would end up making a documentary about the club”, says Director, Andrew Moore.

“But the more I learned about the history, the setbacks and the superhuman efforts the members put in each and every meeting, the more I felt the story needed to be told.”

“Thunder and Dust – a year with Sapphire Speedway” will next be shown at The Picture Show Man Cinema in Merimbula on Monday, June 18 at 7:30 pm.

Producer Fiona Scott says there were once over 700 speedways in Australia, today there are less than 90 – including Sapphire, Goulburn, Moruya, Nowra, and Canberra.

“Land rezoning, finances and the increasing burden of compliance have seen many tracks close since their heyday in the 1970’s,” Fiona says.

“It’s important that people know about their local speedways, how they started and why it is important to keep these smaller rural-based grassroots tracks in operation.”

Andrew and Fiona interviewed past club presidents, NSW and Australian champions, drivers, car builders, and spectators; and thanks to a shout out to the local community, the film also features a treasure trove of old photos, videos, and newspaper articles. 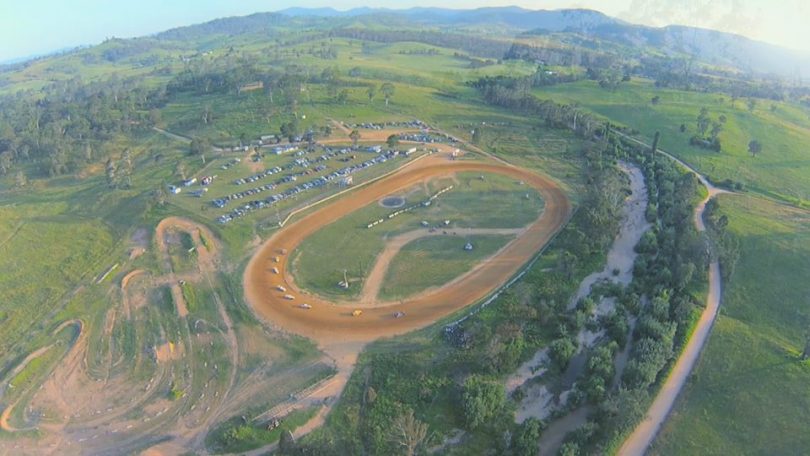 With an original soundtrack showcasing music by Candelo musicians like Pete Wild and Melanie Horsnell, Thunder and Dust represents a real tapestry of local interests and talent.

“The film is a story about community, about volunteers and about people who put their passions into action,” Andrew says.

“It’s not just about cars driving round and round a track. It is about the people who make it happen and the trials they face to keep their club going.”

The Merimbula screening on Monday, June 18 will double as a fundraiser for Sapphire Speedway, tickets are available at The Picture Show Man Cinema. 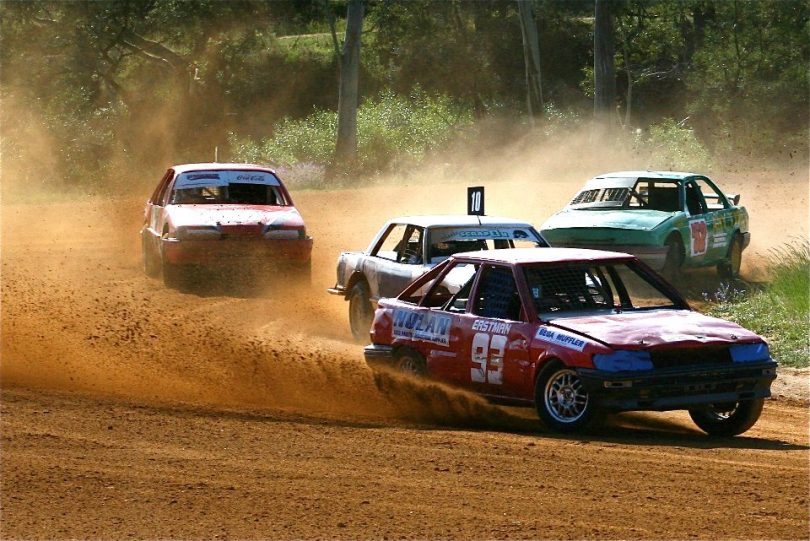 I would love to see the production. I was the founding secretary of the club along with Les Hayes president, Ray Long, Les Whitby , and many others.