“Our Earth has lost a great man.” – Vale Tony Coote AM Tony Coote AM, passed peacefully away on Wednesday 8th August. Coote leaves an enormous legacy in his visionary commitment to the Australian landscape.

At a time when our thoughts are honed to devastating drought across large sections of Australia, Tony Coote was an outstanding leader in his work towards regenerating Australian landscapes.

Coote AM, BSc. MBA was the founder of The Mulloon Institute at Mulloon Creek Natural Farms, between Bungendore and Braidwood.

A statement from Gary Nairn AO, Chairman of The Mulloon Institute, said:

The Mulloon Institute was Tony and his wife Toni’s creation, after having realised how rehydrating part of the landscape on their Mulloon Creek Natural Farms’ ‘Home Farm’ resulted in not only the repair of the creek but also increased carrying capacity. Tony wanted a mechanism to inform and help others to do similar work and thus The Mulloon Institute (TMI), a not-for-profit charity with Deductible Gift Recipient (DGR) status, was born. Through TMI Tony wanted the rest of Australia and the world to know what could be achieved and how to achieve it.

Tony’s Natural Sequence Farming pilot project on three kilometres of Mulloon Creek on the ‘Home Farm’ has grown to become the Mulloon Community Landscape Rehydration Project (MCLRP), covering 50 kilometres of creek and 23,000 hectares of land, all with the support of the twenty landholders within the catchment. A project subsequently recognised by the United Nations Sustainable Development Solutions Network as one of only five global examples demonstrating environmental repair to achieve productive and resilient agriculture.

When most people would have been putting their feet up and enjoying retirement, Tony was working hard, by way of practical example, on repairing and rehydrating Australia’s degraded landscapes. His vision, his passion, his knowledge learned by doing, his leadership and his sheer determination has ensured the wonderful legacy he has created will continue to grow and be a pre-eminent demonstration of just what is possible in Australia’s ancient landscape.

I’m sure I speak for all the staff and supporters of The Mulloon Institute in passing our condolences on to Tony’s wife Toni, and all the family on their loss of a wonderful husband, father and grandfather.

Tony Coote AM may have passed on to another place but he will live forever in the rehydrated landscapes that The Mulloon Institute will restore into the future.” 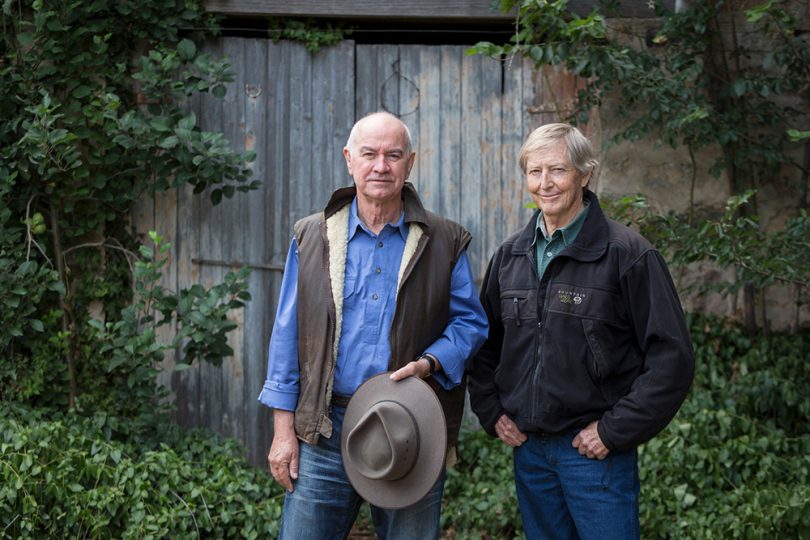 Tony was an early adopter of the methods of Natural Sequence Farming which were developed by Peter Andrews. The ABC TV Australian Story on Peter Andrews was one of the most popular of their series.

The ABC presented the show on “racehorse breeder and farmer Peter Andrews, who has had extraordinary success in converting degraded, salt-ravaged properties into fertile, drought-resistant pastures. His methods are so at odds with conventional scientific wisdom, that for 30 years he’s been dismissed and ridiculed as a madman.”

The Mulloon Institute was established by Coote, driven by two significant factors: The majority of the world’s land was critically ill and no longer capable of producing nutritious food, or sustaining itself, and; Natural land management techniques exist that allow farmers to regenerate degraded land while producing highly nutritious food.

Tony began the process of converting his farm to a productive, healthy state using holistic farming principles. During this time speaking with farm operators and scientists around the world, Tony gathered many enthusiastic supporters and highly experienced experts to the cause, including the Australian National University, who began using the farm for research projects. Transforming his land from a degraded and unproductive state to a thriving, lush and healthy system had become Tony’s life passion. He was adamant that Mulloon Creek Natural Farms must be protected so as to serve as an example for the benefit of future generations.

“Food is a product of the environment it was grown in, and can only be as good as the soil, water and other inputs that went into its production.”

In 2011, with inspirational demonstrations of how humans can help nature to not only survive – but to thrive, Tony formally launched The Mulloon Institute with the bequest of the entire 5,700 acres of Mulloon Creek Natural Farms for the continuation of long-term research and demonstration in perpetuity. 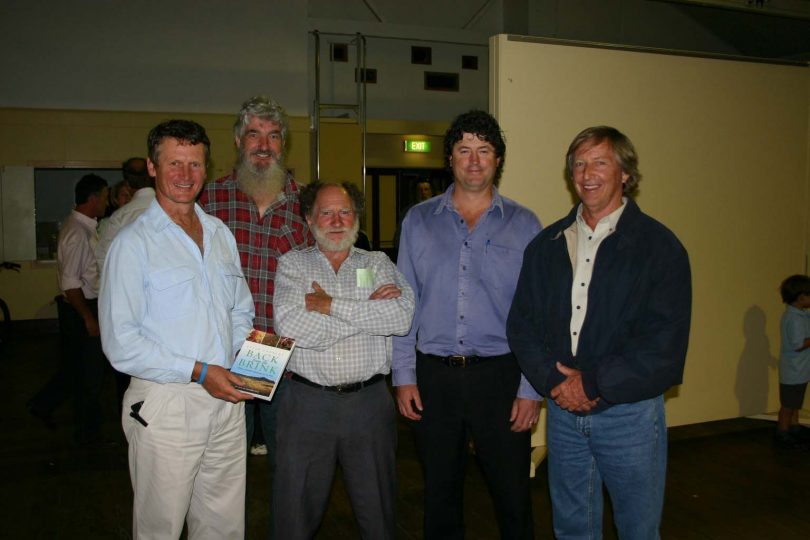