Biala farmer Eris Heffernan is sending a strong message to TransGrid, the company behind a huge powerline project in southern NSW. Photo: Supplied.

A southern NSW farmer has rearranged the hay bales in his paddock to send a blunt message to the company behind a major powerline project between Wagga Wagga, Maragle and Bannaby.

Biala farmer Eris Heffernan is among hundreds of landholders protesting a project that would see a 70-metre high, 500-kilovolt transmission line run through about 600 properties in the area.

Mr Heffernan and his wife, Lyn, have lived and worked on their property, near Crookwell, for 41 years, but fear they won’t be able to pass it on to the next generation.

“Our daughter would love to come and work on the land, but why would anyone want to when the value of the property will be decreased?” asked Ms Heffernan.

The HumeLink project first angered local communities in mid-2020 when TransGrid published maps of the proposed route that will transfer electricity from renewable energy resources in southern NSW, including Snowy Hydro 2.0.

However, Andrea Strong, who owns three properties impacted by the project – including one near the Heffernan family in Merrill, another in Taralga, and one in Ladysmith – said she became aware of the project in 2011 while protesting against AGL’s gas-fired power station in Dalton.

“In AGL’s environmental assessment, it talks about proceeding with the second stage of the project when the upgrade of TransGrid’s 330-kilovolt transmission line from Yass to Bannaby is completed,” she said.

“TransGrid has known about the transmission line upgrade for 10 years and should have at least given people an indication of where it was going so we didn’t waste our lives investing in infrastructure, protecting remnant trees and being stewards of the landscape.”

Ms Strong and her husband, Duncan Makeig, have worked with Landcare to plant tens of thousands of trees on their property at Taralga since 2002 and understand they will be removed when HumeLink is built.

Mr Heffernan said the 200-metre transmission line corridor will stretch across four kilometres of his property and run close to his house.

The existing 300-kilovolt line is 500 metres from the Heffernan family’s house and the new line will be built within that. 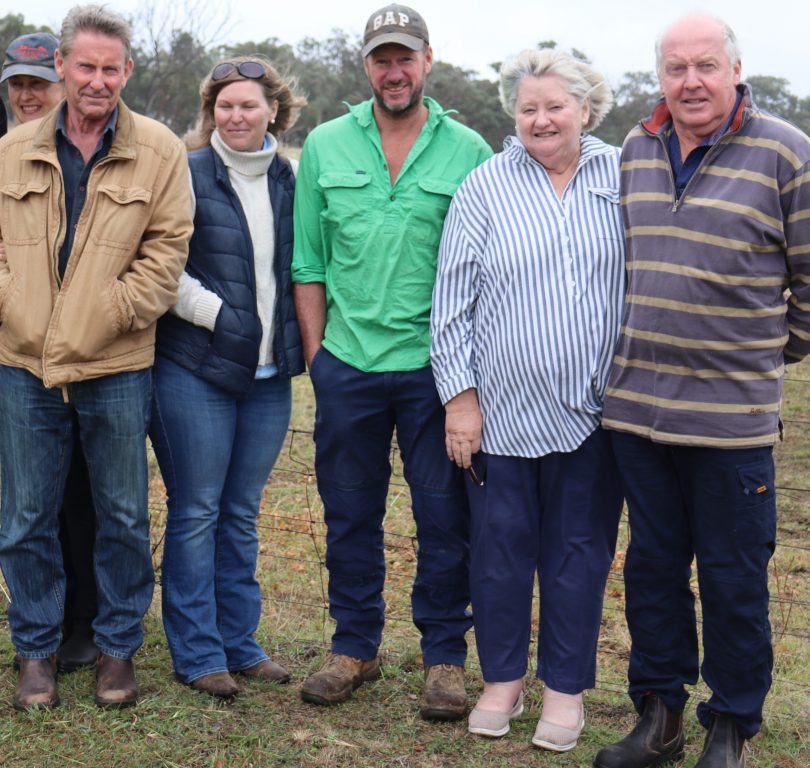 “TransGrid hasn’t told us how close a dwelling can be to a line and be safe,” said Ms Heffernan. “The company says the emission isn’t as great as a microwave, but I’ve held fluorescent tubes under the existing powerline and they lit up.”

Brad Snowden neighbours the Heffernans, Ms Strong and Mr Makeig, and said he will lose about 40 per cent of his property to the transmission line.

He intended to plant crops at Merrill for silage on his Mittagong dairy farm but won’t be able to run a combine harvester or other vehicle taller than 4.3 metres under the transmission line.

These landholders don’t understand why the transmission line can’t be built underground.

TransGrid said the cost of underground transmission lines is at least 10 times greater than above-ground lines.

The company also said the environmental impacts associated with underground lines are far greater than above-ground lines because hundreds of kilometres of trench need to be excavated and replaced with concrete.

READ ALSO: Couple saves cattle from Braidwood bushfire only to lose them in flood

The easement also needs to be permanently cleared and cannot be cropped, according to TransGrid.

However, Ms Strong argued undergrounding the transmission line might be cheaper if TransGrid put a value on the loss of visual amenity.

The National Parks Association of NSW has created a paper backed by 50 professors and engineers who argue undergrounding cables through Kosciuszko National Park is a “viable alternative” and would have “minimal environmental impact, higher reliability, reduced maintenance and less vulnerability to outages from lightning, storms and bushfires”.

They said the new overhead power line will require one square kilometre of the national park to be permanently cleared.

Landholders hope support for the paper could set a precedent along the whole HumeLink line.