Money from the sun even after Solar Bonus Scheme ends The days of money from the sun are coming to an end – at least in the way many of us have become accustomed to.

As dogs go running for cover from New Years Eve fireworks, much of the money households with solar panels have received over the last seven years will go the way of 2016.

Around 7,700 homes in South East NSW have rooftop panels. Since 2010 most have received a payment of 60 cents or 20 cents for every kilowatt-hour (kWh) of solar power exported to the State’s electricity grid.

Those payments have been delivered as credits and deducted from the total price on electricity bills, offsetting the cost of installing a solar system.

Perhaps what many didn’t realise or had forgotten was that the scheme and those payments had an end date.

A letter in the post back in March from the NSW Department of Industry was the first call to action for Solar Bonus Scheme customers; the Deputy Secretary of Resources and Energy nudging people towards an electricity retailer to work out a new deal. 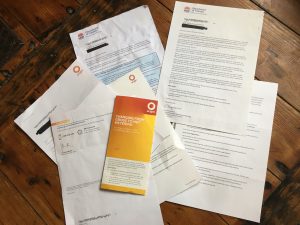 Letters warning the Solar Bonus Scheme is coming to an end

Tathra based renewable energy champion, Dr Matthew Nott says it won’t be worth much for a household to export energy to the grid.

“The fact that the [premium] feed-in tariff is going means we have to start thinking a little differently about solar panels on the roof,” Dr Nott says.

The success of the scheme has prompted nips and tucks along the way by the Government.

In October 2010 under Premier Kristina Keneally, the tariff was cut by 40 cents/kWh for new subscribers as households rushed the generous 60 cents scheme.

At the time the Sydney Morning Herald reported that solar grid connections had jumped from 2900 in 2008 to 50,000 in 2010 when the scheme was launched.

The Labor Government at the time said it acted in order to stop costs blowing out by $2.5 billion.

The Government says 146,000 NSW homes have joined the scheme, around 20% of households.

Matthew Nott says it has been an enormous boom for renewable energy, and a positive step towards reducing the impacts of climate change.

The action group he founded in early 2006 – ‘Clean Energy for Eternity’ has used the generosity of the scheme to install solar panels on Rural Fire Service sheds, surf clubs, and other community buildings across the Eurobodalla, Bega Valley, Monaro and Snowy Mountains.

The group’s aim is that by 2020, 50% of the Bega Valley’s energy needs will come from clean, green sources.

“The feed-in tariff was always going to expire by the end of 2016,” Dr Nott says.

“Although I think as that date gets closer and closer it’s taking a lot of people by surprise.”

With 86% of NSW households saying they installed panels to reduce the cost of electricity, that surprise is likely to turn into bill-shock as the first electricity bills of 2017 roll in.

But Dr Nott believes there are still ways to save money and that solar panels are still a good investment.

“What a household with solar now needs to think very carefully about, is using the electrons that are generating on their rooftop to power their house,” he says. Tarraganda RFS shed near Bega, the solar panels were installed with the support of CEFE

Rather than exporting that power to the grid Dr Nott says it makes more sense to keep as much of that energy as possible on site.

“Put timers on your appliances, like washing machines and dishwashers and dryers – those high energy appliances, so that they are being used during the day and powered by your solar panels,” he suggests.

“That stops you from having to purchase electricity from the energy retailers.

“We have got to get smarter and be using more electricity during the day,” the orthopedic surgeon says.

Night time should be the only time you need to purchase electricity from an external supplier according to Dr Nott – however, there is a ‘but’.

“Look at investing in household battery storage, so that you can use the electrons generated during the day – at night.”

Dr Nott accepts that there is still a little way to go for those storage options to be affordable for the average family, but believes the winding back of the tariff will be a game changer.

“But there’s a lot of companies in Australia making household batteries now.

“I think the cost is going to come down dramatically over the next couple of years and make it much more affordable, shorten the payback time and allow people to use less and less electricity from the grid,” Dr Nott says. 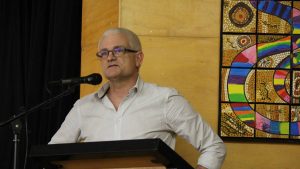 For those considering battery storage, Clean Energy for Eternity (CEFE) recommend that you at least have a 3kW rooftop system in place, but ideally a 5kW system.

“You want to have a system that is big enough to power the majority of your house,” Dr Nott says.

To help people start making the transition to battery storage, Dr Nott has flagged a new initiative from CEFE.

“We’re just starting to have discussions with some Australian companies about doing a bulk buy for the community,” he explains.

“If we can bring the cost down by doing that, it would be more affordable for people and reduce the payback time on their investment.

“Clean Energy for Eternity want to do whatever we can to raise awareness about the value of household batteries in the same way as we have done with solar panels,” he says.

Money from the sun continues, but as always you need to have a few dollars first to make the most of it, but as Matthew Nott and Clean Energy for Eternity believe, the price for not investing is our children’s future.

For further info on the NSW Solar Bonus Scheme and what to do now, click HERE.

A huge number of functional solar panels are being discarded well before their time, but a Eurobodalla-based organisation is finding creative ways...
Read More