From a horror-thriller set in colonial times, a retelling of early Christianity, to a nostalgic look at the love of grandparents, summertime has provided inspiration for the most discerning of readers. Some well-known names have also contributed to the summertime releases, including the likes of Ian McEwan – with a futuristic narrative on synthetic humans (involving a love triangle) – and Charlotte Wood – whose The Weekend shows a writer at the peak of her powers.

About Regional asked a selection of booksellers, avid readers and colleagues to recommend their picks for the season. Elizabeth is Missing by Emma Healey

I would recommend Elizabeth is Missing by Emma Healey for an engrossing read right now. Maud is forgetful. She makes a cup of tea and doesn’t remember to drink it. She goes to the shops and forgets why she went. Sometimes her home is unrecognisable – or her daughter Helen seems a total stranger.

But Maud’s friend Elizabeth is missing. She’s sure of this as the note in her pocket tells her so. And no matter who tells her to stop going on about it, to leave it alone, to shut up, Maud will get to the bottom of it.

Somewhere in Maud’s damaged mind lies the answer to an unsolved 70-year-old mystery that everyone but Maud has forgotten about.

“You can never get a cup of tea large enough or a book long enough to suit me.” ― C S Lewis One of Australia’s best writers has tackled the intriguing question of what the early Christian church might have been like through the eyes of the great apostle, Paul, at a time when Jesus, the man, was still a living memory for some.

A group of religious rebels embraces truly radical ideas for the time: that every person has equal worth, that mercy can be as strong as fear, and that faith can be a matter of individual will, not class and race.

But Tsiolkas also asks powerful questions about whether Jesus, the man, and Christ, the risen saviour, represent quite different things.

There’s so much to digest here from the role of women and slaves to the passionate intensity of relationships between the first Christians. This is a rough, gutsy and sometimes shocking book, but always a gripping read about the religious beliefs that would change the world. Born a Crime by Trevor Noah

I’m re-reading this, my favourite book of recent years. Trevor is a well-known comedian in the United States and hosts The Daily Show, a left-leaning satirical news program. Trevor is from South Africa, born to an African mum and German dad during the last stages of Apartheid, hence the title of his book. Although he’s only in his 30s now, when he was born being ‘mixed blood’ was against the law in South Africa. He writes about really crazy things, like his mum being shot in the head, with so much warmth and humour. Everyone should read this book, it’s so funny.

“Reading one book is like eating one potato chip.” – Diane Duane I finished reading Rachel Cusk’s Outline trilogy over the break. I’ve never been so completely bowled over by a writer’s perfect melding of form and intent, and I can confidently say I will revisit this again.

I also dipped into Helen Garner’s Yellow Notebook Dairies Volume 1. I could read Garner forever and never get tired over her sparse and direct style.

I’m a huge fan of audio books for when you have to be moving and doing things and I listened to Charlotte Wood’s new book The Weekend.

I’ve been a huge fan of Charlotte’s work for years and this is an Australian writer at the peak of her powers. I am convinced it will be turned into a hit movie before too long. 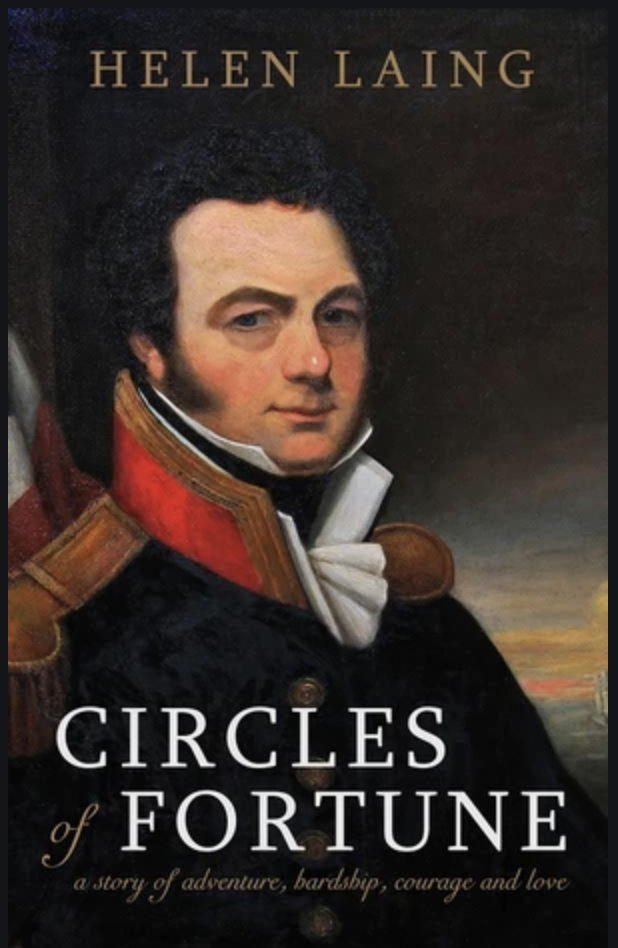 Circles of Fortune: A story of adventure, hardship, courage and love by Helen Laing

In 1829, a boat was shipwrecked off Cape York, northern Australia. On wild stormy seas the survivors sailed and rowed 1300 miles to Timor. One of the survivors was a young Scottish doctor, Thomas Braidwood Wilson.

This book, by West Australian Helen Laing, is a fictional account of the adventurous life of Dr Wilson. Wilson made nine voyages to Australia as a naval surgeon on convict ships and was shipwrecked twice. He also explored the south-west corner of Western Australia, naming Mount Barker and Denmark and many other places. Wilsons Inlet, on which the town of Denmark is situated, is named after him, as is Wilson’s grevillea, a local plant.

Wilson is also remembered for his humane attitude to convicts, teaching them to read and write and improving the living conditions on board ship. This remarkable man settled down as a pioneer farmer in the southern tablelands of NSW, where the town of Braidwood bears his name.

“Many people, myself among them, feel better at the mere sight of a book.” – Jane Smiley The latest from award-winning Australian author Catherine Jinks, Shepherd is a riveting horror-thriller set in the time of Australia’s colonial frontier.

Young poacher Tom Clay is only 12 years old when he is caught and transported to NSW. Sent to work as a shepherd, Tom does his best to apply his poaching skills to an environment he doesn’t understand and to which he knows he doesn’t belong.

Although the narrative is quite brutal, Shepherd is beautifully written and a fast-paced compelling thriller that I couldn’t put down until I found out whether or not Tom’s wits were enough to save him from the frightening cruelty of fellow white settlers.

“Literature is the most agreeable way of ignoring life.” – Fernando Pessoa Two of my favourite authors kindly released new books at just the right time for my sanity. I can’t recommend one without the other.

FranKissStein by Jeannette Winterson is a luscious read with parts based on Mary Shelley’s famous gothic novel Frankenstein, and other parts exploring sex-bots and capitalism, power, cryogenics and storytelling. There are several love stories in this book: Mary Shelley and her poet husband Percy; a transgender doctor and their lover, a celebrated AI professor; and a sex-doll entrepreneur and his money and enthusiasm.

In Machines Like Me (and people like you), McEwan has created an alternative 80s London – futuristic, peopled with synthetic humans (which are programmed by their owners), and steeped in the atmosphere of his early novels. Charlie is in love with Miranda, and together they program one of the planet’s first synthetic humans. Of course a love-triangle ensues. But which of the three understands our hearts the most? There was still love by Favel Parrett

We at Moruya Books would recommend Favel Parrett’s There Was Still Love for a wonderful summer read.

This is a gorgeous gift of a book about the love of grandparents and the bonds they have with their grandchildren, even through the toughest of times.

It brings up memories from your own childhood, gentle and tender. And it is a great reminder for the current times – there is still love!

Eurobodalla people are lucky to have author Favel Parrett joining Moruya Books for a Literary Lunch on 13 February at the Moruya Waterfront Hotel. More details here.

Favel Parrett will also be visiting the Bega Valley for the very special ‘One Book, One Community’ Meet the Author event at the Tathra Hotel from 4:30 pm to 7:30 pm on Saturday, 15 February 2020.

Author events to showcase how we can all be heroes

There is a plethora of bookish events on in the Bega Valley and Eurobodalla around this Valentine’s Day: launches, student...
Read More

This is an intriguing and often surprising story of two lovers. The story is about the love and mutual devotion...
Read More