Bega left in the dark while votes are counted 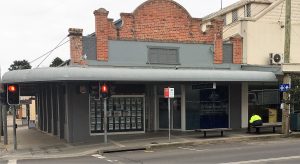 Flicking off the lights at work on a Friday afternoon is one of life’s simple pleasures. Perhaps only rivaled by turning off the lawn mower on a warm summer’s day, and having the kids in bed asleep – finally!

Staff in Peter Hendy’s Bega Electorate Office switched off the lights on Friday July 1 after a long grueling Federal Election campaign, not knowing if they would have that pleasure again.

By 8pm the very next day, the Liberal Member for Eden-Monaro had lost his seat in parliament to the former member, Mike Kelly.

July 2 delivered a 6% swing to the Labor Party locally, more than double what was needed. It was Dr Kelly that opened the Carp Street HQ in March 2013, relocating the Moruya Electorate Office set up by the Liberal’s Gary Nairn prior to the 2007 election.

Three years after handing over the keys, Mike Kelly took control of the office again today (July 21) with the declaration of the poll, and will re-establish the office as a base.

These offices aren’t funded by political parties but by the Parliament, which is why you see the kangaroo and emu of the Australian Coat of Arms on the glass out the front and not a political logo.

These are offices funded by the people, for the people.

Why than does the Bega office of Peter Hendy not open on Monday July 4?

Or reopen to the general public at anytime in the last three weeks?

Dr Kelly says when Labor lost the seat in 2013, electorate offices in Bega and Queanbeyan remained open after Polling Day, to deal with constituent matters around pensions, veterans affairs, child support and the like. 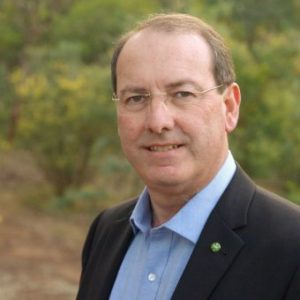 Peter Hendy’s former Chief of Staff, Dr Jerry Nockles says, “The dates of vacancy and reoccupation are directed by the Department of Finance.

“In the weeks prior to Polling Day, Dr Hendy’s staff made every effort to deal with constituent issues and significant resources were directed to this task,” Dr Nockles says.

The decks were cleared according to Dr Nockles.

“The result of the poll in Eden-Monaro was clear from Saturday night,” he says.

“As such I directed staff in Queanbeyan and Bega to vacate the offices as quickly as possible to allow Mike Kelly to move in as soon as possible.”

Dr Nockles suggests that Mike Kelly was able to keep both offices open longer in 2013, because the result then wasn’t as clear cut and took some days to clarify.

Dr Kelly refutes that and says the time frame around the declaration of the poll has been about the same.

“I made a conscience effort to keep the office open after Election Day 2013,” Dr Kelly says

“I was lucky to have good local staff in Jim Bright and Leanne Atkinson, who understood the value and importance of being there to help people.

“It’s unfortunate the length of time the declaration of the poll has taken, and that that has restricted peoples access to government via the Bega Electorate Office,” Mike Kelly says. 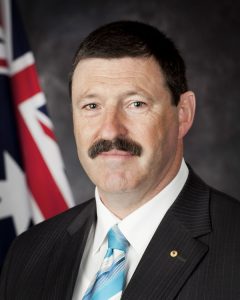 Official portrait of The Hon. Dr Mike Kelly AM,
Parliamentary Secretary for Defence.

The range of entitlements afforded to parliamentarians only kicked in today, with Dr Kelly able to reopen the offices at Bega and Queanbeyan in the next two weeks and hit the road again.

“We have a back log of constituent issues to deal with and I have assembled a good team, with a range of experiences to meet the challenge,” Dr Kelly says.

Being a political staffer means your job is on the line with each election, despite the fact that it is parliament that employs you and not the political parties.

The reality is though that if the seat changes parties, electoral staff turn over.

The new Member for Eden-Monaro says he feels for Peter Hendy’s staff.

“It’s a traumatic experience, we went through it three years ago and I have been thinking of his staff,” Dr Kelly says.

The 10 to 12 staff under Peter Hendy are in the cut and thrust of that now, a spokesperson for Dr Hendy says they are being looked after.

When it comes to Peter Hendy, he stopped being paid by the Parliament on Election Day.

I am told he is doing well and will be exploring options that continue his career of public service.