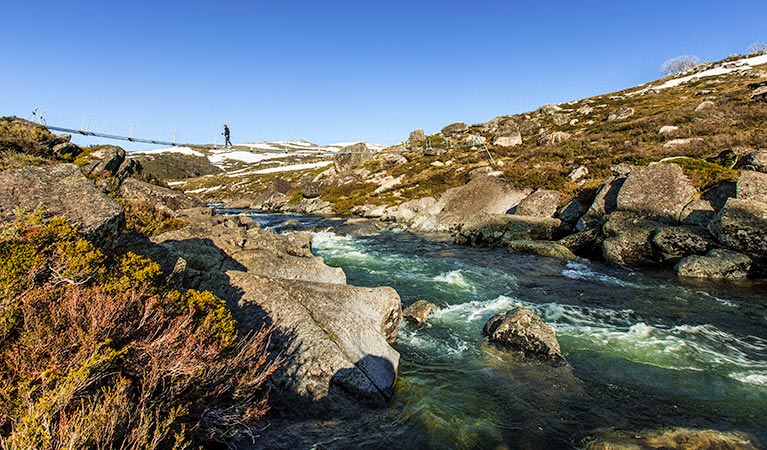 Australia’s highest places have just received a $27 million boost with 46km of new walking and mountain bike trails to be developed through the picturesque Kosciuszko National Park.

Deputy Premier and Member for Monaro, John Barilaro, says the investment will create one of Australia’s, if not the world’s, best multi-day walking tracks and will totally transform summer tourism in the Snowy Mountains.

“This means people won’t just have jobs for the three months of winter, they’ll have work for 12 months of the year, thanks to a steady stream of visitors, mountain bikers, and walkers,” Mr Barilaro says.

Work on the trails, which is expected to start in October this year, is forecast to create 139 full-time jobs in the region over the course of construction.

“And by linking all these trails, Kosciuszko National Park will, for the first time, be able to host long-distance mountain biking tournaments, and will maximize the opportunities for the region to tap into the growing summer mountain biking market.” 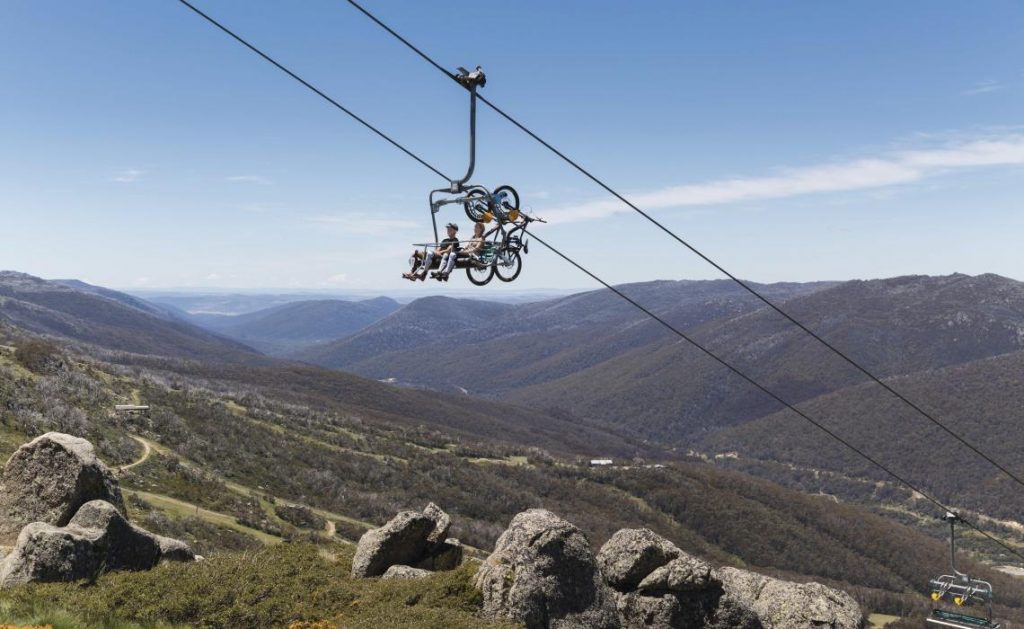 The $27 million will be split between two separate projects.

Mick Pettitt, Director of the Southern Ranges Branch of the NSW National Parks and Wildlife Service, says more than $17 million will be invested in the Kosciuszko Snowies Iconic Walk – developing a new 25-kilometre section of track, which will ultimately link up with other tracks to create a world-class 44-kilometre multi-day walk.

“When complete, this iconic walk will allow visitors to hike all the way from Thredbo, via Charlotte Pass, Guthega, and Perisher, to Lake Crackenback,” Mr Pettitt says.

“The new section of track from Charlotte Pass to Lake Crackenback will link existing trails across the alpine ‘roof of Australia’, with visitors able to stay in luxury resorts or backcountry camping facilities along the way,” he said.

A further $9.8 million will see the popular Thredbo Valley Track extended by 21 kilometres, and it will be constructed using International Mountain Bike Association Guidelines.

“Once complete, the Thredbo Valley Track will be more than 61 kilometres long, allowing for hiking and mountain biking all the way from Dead Horse Gap to Jindabyne,” Mr Pettitt says.

The first stage of the Thredbo Valley Track extension will connect Lake Crackenback to trails in and around Jindabyne. The second stage will connect Thredbo to the Dead Horse Gap area, and the existing trail network that continues on into the Pilot Wilderness.

Local tour operator, Acacia Rose of K7 Adventures has welcomed the news. “There will be nothing more beautiful then cycling and walking down these tracks with spring birds and wildflowers, and the spring snowmelt flowing into the Thredbo River – absolutely stunning.”

“And the new walking trail from Charlotte Pass that is a very old route along the escarpment that is almost wilderness country, it will be a unique experience,” she says.

Ms Rose is confident any environmental factors will be well managed both during and after construction, “So far, engineering of the existing trails has really been good, [as well as] the ongoing maintenance; there is a very dedicated group of local mountain bikers that go in there with the National Parks and Wildlife Service and look after it.”

“Managing water running off the tracks is paramount and National Parks are really on to it and they’ll close a track if it’s too boggy and too wet to protect the environment,” she says.

Ms Rose makes the point that having dedicated walking and bike tracks will help protect the fragile environment, “Keeping people on the track is the key thing in the alpine area and people will be able to go point to point staying on the track and overnighting at the major resort areas along the way.”

While congratulating the NSW Government on this investment, Ms Rose has raised concerns about the ongoing stewardship of Australia’s rooftop in light of recent restructuring within the National Parks and Wildlife Service.

“Thank you to the Government for engineered walking and mountain biking trails but we have seen a dumbing down of the Parks Service.

“It can’t be overstated how important it is to have scientific and technical people working in the National Park to protect the catchment, to do ongoing research,” she says.

“If you want to have tourism you have to protect the natural resource, please pay rangers and scientists properly.”

A MUST WATCH: Kosciuszko National Park in all its glory.Pictures that will make you realise why we’re investing $27 million in new walking and biking tracks in the National Park.A huge boom for summer tourism.

Work on the Thredbo Valley Track extension is expected to commence by October 2018, with completion in 2019.

The Snowies Iconic Walk will be delivered in stages over a four-year period with final completion in 2022. Stage one is expected to commence in early 2019.

“Our international visitors love how clean this environment is and the expansive views, that sense of openness is so precious in this crowded world,” Ms Rose says.

“And when it comes to mountain biking I’ve had people say – downhill on the Thredbo Valley Trail is as good as skiing.”

Love my off trail walking in this area with NPA. Would be upset if I was restricted to designated tracks.

sending this to my wife`s son in law who moved to Vancouver to ski & bike ride…..might entice them to visit & maybe stay…..they`re a Chinese/British pair.

Roadblocks will stop access to Perisher, Thredbo, Charlottes Pass and the Main Range of Kosciuszko National Park will be closed...
Read More