Join the live audience on Q&A in Bega next week

Newly appointed host Hamish McDonald and executive producer Erin Vincent are keen to get the show on the road more often. Photo: Supplied.

It’s not uncommon for the ABC’s popular current affairs panel show Q&A to go on the road but for the first live show of 2020 the production team knew they had to head for Bega.

They’ll be in town streaming a live discussion about the summer’s catastrophic bushfires on February 3rd and according to newly appointed executive producer Erin Vincent, “there’s been huge interest in this show and in being part of the audience”.

Q&A’s host Hamish McDonald, who replaced long-standing host Tony Jones late last year, spent time this summer reporting on the bushfires from the Bega Valley and surrounds, and at one stage was evacuated along with locals and tourists. 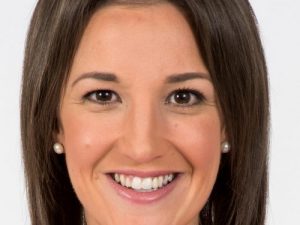 “It was the natural choice to send Hamish back to the communities he had been reporting from, as he’d made connections in those communities and experienced it all along with everyone else,” Vincent said.

Bega was also chosen as a location because of its centrality on the Far South Coast.

“We didn’t just choose Bega in isolation, we worked with community leaders to choose a central point on that stretch of coast. We also really wanted to make sure we were having a conversation in a community that really wanted it.”

With the NSW south coast as an emotion-charged, bushfire-affected backdrop, the show will provide a platform for a discussion on the national emergency. “I’m still amazed that one question and the answer it gets can change a person’s life,” Vincent said. “And that’s especially powerful at a time of need like now.”

“Q&A and the ABC more broadly all feel that we need to continue coverage throughout the fire recovery, and we also know that the fire season is not over yet,” she said.

“We’re all excited about bringing the program to the Bega community. This is a conversation we really need to have.”

About 200 people are expected to be in the audience in Bega on February 3rd. If you’d like to be one of them, register here.

Please let us know who the panelist’s are on Monday 3 rd Feb. It’s been reported to me that there are 2 liberal politicians and no labor.. Is this true? If not, where is the balance?
Thank you
Eileen Luton

Australian bushfires have been catastrophic in nature 2019/20.
Many factors to be thoroughly investigated to plan for 2020/21 bushfire season.

The Bega Valley needs to be heard, and this is a wonderful chance, Thanks ABC.