Ricky Stuart on the side-line showing his passion for the team. Photo: File.

During the 2013 NRL season, in the midst of the Canberra Raiders’ worst run of losses in the club’s history, coach David Furner’s position was publicly guaranteed by a board member.

Towards the back end of Furner’s tenure, after eight losses in a row and with just six wins for the entire season, it was obvious change was required. His position wasn’t helped by the off-field behaviour of Josh Dugan and Blake Ferguson, who were sacked during the 2013 season.

David Furner was informed of the board’s decision three rounds before the end of the 2013 season. Don, his brother and CEO of the club, drove with a heavy heart to a team training camp on the South Coast to inform him of his sacking. The impromptu camp had been scheduled in a bid to turn things around on the field.

In the context of the Raiders’ history, it was a momentous decision. The club had never sacked a first grade coach. 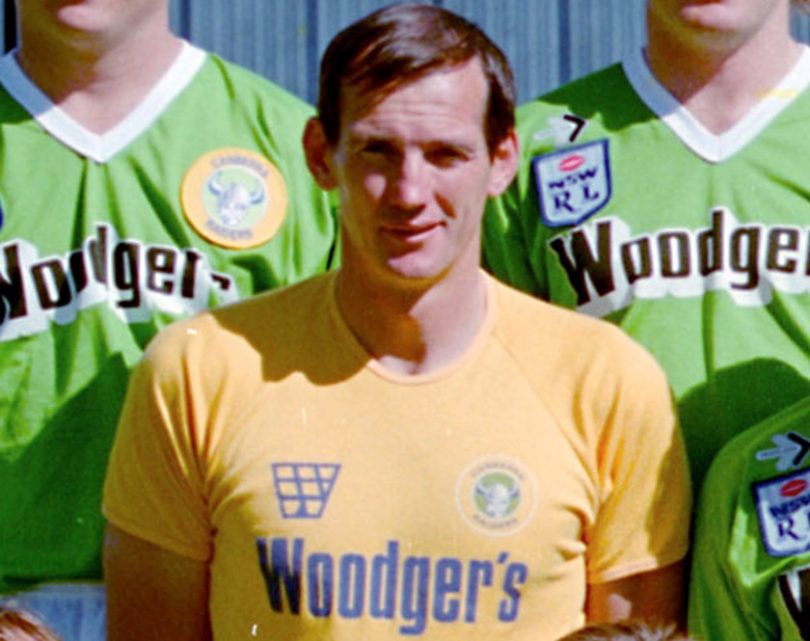 Wayne Bennet, co-coach of the Canberra Raiders in 1987. Photo: Raiders.

A succession plan was in place for Wayne Bennett to take over from Don Furner (Snr), who coached the Raiders from 1982 to 1987. But then Bennett left to coach the Broncos after co-coaching with Don Furner in 1987. Tim Sheens coached the side to three premierships before heading to the Cowboys. In terms of winning percentages, Tim Sheens, as you would expect with three premierships, is on top with 67 per cent. Mal Meninga had a 53 per cent winning percentage as coach, and Ricky Stuart is next best with around 50 per cent. The Canberra Raiders celebrating after their grand final victory over Balmain Tigers in the 1989 grand final. Photo: File.

Which brings us to the present day, with the critics out of hibernation calling for Stuart to be sacked after the side’s third loss in a row.

The same critics appear to have short memories and a lack of understanding of Raiders’ history.

Stuart took the side to the grand final in 2019 and the preliminary final in 2020. Injuries have created havoc with a third of the anticipated spine missing. Josh Hodgson is out for the season and half, Jamal Fogarty, is also out for an extended period.

A number of clubs have a history of sacking coaches in a manner akin to the English Premier League. The Raiders are not one of those clubs.

READ ALSO: Is the Raiders’ ‘English experiment’ coming to an end?

The David Furner decision was particularly painful for the board as they have a ‘pick and stick mentality’ that has served the club well.

So painful was the decision to sack Furner that Raiders chairman John McIntyre stepped down as he dealt with the angst and emotional toll.

This is why there is zero pressure on Stuart from the board.

It is not an acceptance of mediocrity. In part, it’s an understanding of the pressure that a coach would be putting on himself. And with Ricky, he has demonstrated that he is one of the NRL’s most competitive individuals.

Significantly, it’s also a stance the board has long taken to avoid making knee-jerk decisions to satisfy the media and the critics.

So save your breath, Ricky Stuart isn’t going anywhere.