This new fast charger in Bega is one of 23 installed state-wide by the NRMA. Photo: Elka Wood.

Electric cars have long been touted as the up-and-coming next big thing in transport and as part of the solution to our global emissions predicament.

But electric vehicles [EV] have been up and coming for a long time and are still not a common sight, especially in regional areas. EV enthusiasts say that it’s a lack of charging infrastructure which holds them back from travelling by EV more or purchasing an EV.

But things are starting to happen, with the NRMA committing $10 million to build one of Australia’s largest fast-charging networks across NSW and the ACT and 23 fast-chargers already installed in NSW.

A fast charger will allow most EV motorists to fully charge their cars in about 30 minutes. Standard public EV chargers take between three and six hours while traditional power outlets can take more than 12 hours.

What this means for regional residents is that travelling by electric vehicle has gone from being nearly impossible to feasible.

Prompted by the sudden appearance of fast-charging stations on their regular routes between the coast and Canberra and up and down the Far South Coast, Araluen residents Julie and Will Gilfillan have recently bought a second hand Tesla. They say they are figuring out how to travel by EV, which still requires more planning and forethought than travelling in a petrol-powered car.

“We’ve wanted to get an electric vehicle for a long time,” explains Julie “but living in the bush, the range was just not feasible.” When I ask them why they have wanted an EV for so long, the couple reply in perfect unison – “climate change!”

It was a blow to discover that they couldn’t actually use the NRMA fast chargers without buying an $800 adapter for their Tesla but Will and Julie are hoping Tesla will bring out a more generalised charger soon.

“It’s still early days, all these things will be ironed out as more people are using the chargers,” Will comments.

The installation of an NRMA fast charger in Braidwood, Will and Julie’s nearest large town, will make their lives even easier.

A December 2018 meeting of Queanbeyan Palerang Regional Council saw Council agree to allow the NRMA to install a charging station as part of any future car park redevelopment in Braidwood.

NRMA Chief Investment Officer Rachel Wiseman says “we know that one of the key reasons why electric vehicles have been relatively slow to take off in Australia is because motorists are worried about where their next charge will be, particularly outside capital cities.”

“We are committed to delivering a solution to ‘range anxiety.’ Our aim is that 95 per cent of EV journeys are within 150 kilometres of one of our charging stations.”

The realities of an electric vehicle are often different from what’s advertised, as Will and Julie are finding out.

“The vehicles are tested under the best possible conditions,” Julie comments, and travelling on rugged rural terrain takes more power.

“How far you can go on a charge is absolutely dependent on where you are travelling to,” Julie explains “hills take a lot of power. In fact, we know a few people who have bought electric cars in Canberra but have given them up because driving the Clyde Mountain to and from the coast was using all their power.”

Will and Julie live off-grid in Araluen, which means they needed a big increase in solar panels in order to be able to charge their Tesla at home.

“We’ve now got 44 big panels which produce about 13 kilowatts of power,” Will explains “and a lithium-ion battery which is nice because you can run it down without damaging it.”

“We will still only charge the car on sunny days but you need some battery just to keep a continuous flow of power when a cloud passes by.”

Having an electric vehicle is “not really economically viable,” according to Will but they both feel strongly that in prioritising cutting their own personal emissions, they can show that it can be done.

One Response to Electric vehicle options get easier, early adopters leading the way 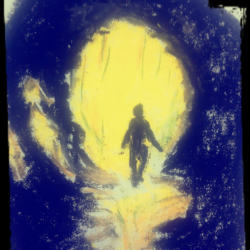 I think it’s important to note that a significant part of the difference between the stated range and the actual range of electric vehicles is because of the Australian efficiency testing system (known as the NEDC range or Australian Design Rule 18/01). It was designed to test the efficiency of petrol cars which have totally different efficiency challenges to electric cars in that they achieve better results on the open road and do poorly in city driving. EVs are the opposite so the NEDC testing (which doesn’t include sustained motorway driving) achieves extremely optimistic results for EVs. And yet, legally, cars may still be advertised with the NEDC range, despite its inaccuracies. It is something that people looking to buy EVs should be aware of. More accurate figures are obtainable through the WLTP (World-Harmonized Light-Vehicle Test Procedure) but Australia has been slow to take this system on board. Teslas (I can’t speak for other EVs) also have their own internal range predictor which is way more accurate.