Some people rifle through op shops for rare vinyl, vintage clothes or designer brands. Then there’s those of us with taste who opt instead for ugly Oz china, preferably in the shape of a teapot. Photo: Sally Hopman.

Some people go for the labels: frock, shoe, handbag, fine china or vinyl. Then there are the ones who go straight to the books. My favourite are the folk with clearly exquisite taste who can track an ugly piece of Australian china, ideally featuring a native animal, from 20 paces.

What do you head for when you enter an op/poor man’s antique/junk shop?

As a long-time op shopper and volunteer, I reckon part of the fun is watching who goes for what – and what they do once they’ve found it. But it’s their questions that really make volunteers giggle over our Family Assorted at morning tea time.

“Have you got this in a smaller size?” they’ll ask of a donated dress.

“Why is this so expensive?” of a pair of new jeans, marked down to less than a third of their still-original ticketed price.

READ ALSO: Good morning world, it’s time to get up and at ’em

“Do you reckon this is really real?” of a designer handbag with plastic straps.

Perhaps the passion was born in the Middle Ages when I was teenager and spotted this fabulous pair of shiny red high heels. You know – the sort of shoes that would make a chook’s legs look good. They were expensive but “they are designer” my friend told me. So I bought them. At home, I took them out of the fancy packaging to gaze at them and, when I felt brave enough, to try walking in them. Pierra Cardin. Must be his sister, I thought. 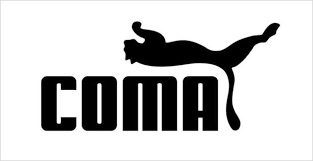 When the knock-off folk don’t quite get the labelling right. Photo: Sally Hopman.

I’ve had some wins over the years, for me, that is, because I’ve got something special for a bargain. For the charity, not so much. That’s why it’s a good idea to give back to wherever you’ve bought from. You donate all the junk you no longer want and you come out with all the junk someone else didn’t want. Perfect recycling.

One of my favourite wins was sitting on top of a rack of awful purple clothes in an op shop. Clearly someone was into colour blocking and as so many people donated so much purple, that was it. You can’t get good stuff in ops shops anymore? This piece of Murano glass should shatter those illusions. Photo: Sally Hopman.

A large platter thing with uneven ends, created in glass that looked a different colour from whichever angle you took it. As is always the way, the sun hit it just as I spotted it. I couldn’t buy it fast enough. And if I hadn’t realised how special it was, the Murano label on it told me later. Best $20 I’ll ever spend. It sits on the old pine table at home. I had started talking to it, telling it how attractive it was, but after being overheard, and fearful of being locked away, we now just get a little tactile occasionally.

The other gem/s was a weirdly shaped plate and bowl spotted at the Goulburn Salvation Army store. The plate was in the shape of an artist’s palate. It had a subdued sort of colour with a few green flowers scattered about but it grabbed my eye and wouldn’t let it go. Since it’s always good to help charity, I of course bought it. Thank you Clarice Cliff.

For some reason, people find it hard to understand that the sane/same person who can collect Clarice Cliff, Royal Doulton anything with hand-painted periwinkles and Murano glass, can also give a home to really ugly Australian pottery, ideally featuring an Australian native animal and preferably in the shape of a teapot, and snowdomes. Yes snowdomes, lots and lots of snowdomes. The genuine article with Clarice Cliff factory branding on the back of the plate. Photo: Sally Hopman.

For me, it’s all about the provenance. If something’s been around for a while, chances are it has value. Not wallet value necessarily, but in its history, its life – has anyone ever eaten off those Clarice Cliff plates or were they always just for show. I have. Carefully.

But like everything else in this crazy old world, it all comes back to personal choice. Some folk would rather eat off paper plates, wear stuff that doesn’t quite look like what it’s meant to be and not like snowglobes. Each to his own dome.

So what have you found in an op shop that gave you joy, a fine memory returned or, if you decide to sell it, a first-class trip round the world?

One Response to Do I have to spell it out for you? Beauty is in the hand of the op shopper

Lovethis article. Its so well written and amusing.
I too work as a volunteer a my local Vinnies,,and some of the questions the customers ask, astound me.
It usually costs me money to go to work,,as I always come home with a bargain.
Will be sharing your article, over a culpa today at Vinnies Bega .
🙂
Julie

Amid the piles of used clothes, china and books in the Vinnies op shop was, from the back, simply a...
Read More