Dhurga is one of the languages of the Yuin Nation, spoken on the NSW South Coast and Southern Tablelands, from south of Nowra to Narooma and west to Braidwood and Araluen. The Dhurga Dictionary and Learner’s Grammar was recently launched in Moruya.

Siblings Patricia Ellis, Kerry Boyenga and Waine Donovan have spent the past 20 years teaching Dhurga language in schools and have more than 80 years of collective experience working in the education sector.

Thanks to the tireless efforts of the siblings, as well as linguists and a dedicated community, the revival of the Dhurga language has allowed for speakers young and old to embrace the traditional language previously considered endangered.

The new book was officially launched on 10 July at Moruya Library by author, historian and ecologist Jackie French AM. She launched it via Zoom video link and there was only room for 50 people at the event due to COVID-19 social distancing.

“This book is a treasure, a gift from those too courageous and determined to let their language and knowledge of country die,” said Ms French. “An extraordinary achievement by Trish [Patricia], Kerry and Waine putting together the work and memories of so many people.

“It’s a book of rigorous scholarship for those who want to understand the language and its grammar and pronunciation, combined with colour-coded sections for young people who want to know their words of the land they live on. It is also beautiful and a joy to hold, as well as read.” 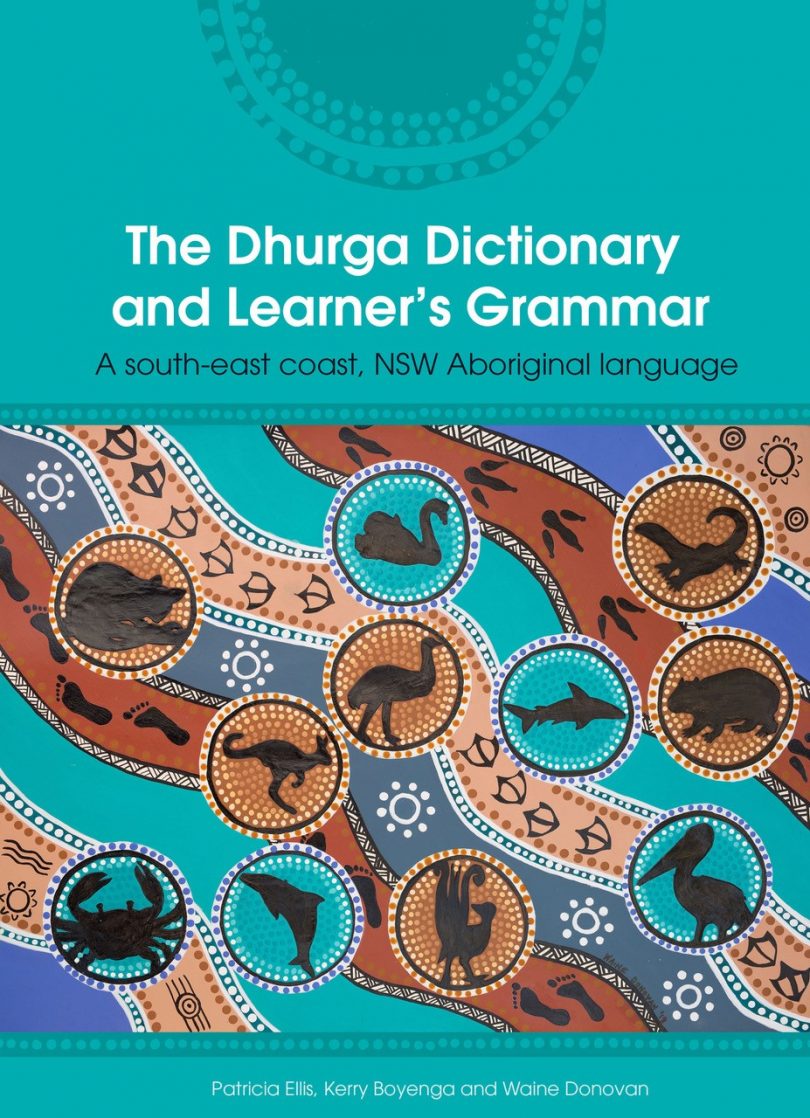 The CEO of the Australian Institute of Aboriginal and Torres Strait Islander Studies (AIATSIS), Craig Ritchie, said the dictionary is a long-awaited resource for the Dhurga speaking people of Yuin Country, and will be a valuable book for any person wanting to learn the traditional language.

“The community has worked tirelessly over many years to develop the Dhurga Dictionary and we are proud at AIATSIS to be able to help it reach publication,” he said.

“The dictionary is a boost for the teaching and Dhurga language revitalisation work already happening with the community and schools on the South Coast of NSW. It will serve as an invaluable resource for many years to come.”

The new publication is the most concise compilation of the Dhurga language to date with more than 730 words as well as informant and recorder details to validate authenticity. The dictionary is the first of its kind, designed to be user-friendly for all literacy levels and readers.

At the opening of the Walawaani Yaranbul garden at St Bede’s Primary School in Braidwod several years ago, Ms Ellis explained the language group: “We all belong to a nation of people known as Djuwin, whose traditional boundaries stretched from La Perouse to Campbelltown following the second row of the mountain range past the NSW-Victoria border.” Dhurga Rock in Braidwood was unveiled at the Two Fires Festival in 2015. Photo: Alex Rea.

To learn more about the Dhurga language, head to the Yuin Country Explored Facebook page for Kerry’s Dhurga word of the week videos.

Dhurga Dictionary and Learner’s Grammar is published through the Indigenous Languages Preservation: Dictionaries Project, run by AIATSIS and funded by the National Indigenous Australians Agency (NIAA).

The dictionary can now be ordered online through the publishing arm of AIATSIS, Aboriginal Studies Press.

One Response to Dhurga dictionary brings language to life

Congratulations Kerry, Waine and Patricia! I know how hard you have worked for this over the years! Wonderful gift to your people and to all of us!