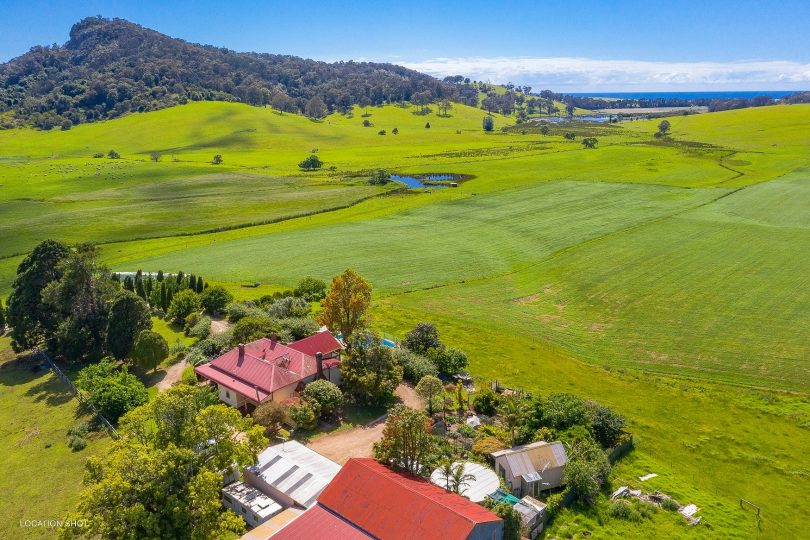 The owners of Tilba Real Dairy, Nic and Erica Dibden, want their customers to know they own the company in its entirety. Photo: Supplied.

In recent weeks, Tilba Real Dairy has been plagued by a misleading social media post that suggests the company is Chinese owned.

However, the dairy is 100 per cent Australian owned and operated by Nic and Erica Dibden, who bought ABC Cheese Factory in Tilba in 2012 and began producing dairy products made from the milk of Jersey cows.

According to Tilba Real Dairy’s marketing manager, Cecilia Matthews, the post is being shared via Facebook Messenger.

“Unfortunately, people don’t check and just send it on,” she says. “This particular post lists Australian brands which are Chinese owned. The post says that various dairy brands are owned by China and one of the names listed is Tilba.

“To clarify any concern, the Tilba name is referring to Tilba Club, which was bought by Chinese conglomerate Mengniu Dairy many years ago. Tilba Club has no connection to Tilba Real Dairy.”

It’s a problem the dairy has been battling for months and it would like to encourage supporters to share any posts or articles on social media which discredit the claim that Tilba Real Dairy is Chinese owned. According to Erica, the confusion partly comes from the patchwork history of Tilba Cheese Factory.

“The ABC Cheese Factory had many owners, including National Foods, which bought it as part of the assets of King Island Dairy in a series of takeovers in the 1990s and 2000s,” she explains. “After that, they moved cheese production to Melbourne.”

The much-loved Jersey milk and milk products produced by Tilba Real Dairy, with extra milk coming from Salway Farm in Cobargo, keeps around 25 locals employed, including 10-12 people in the factory and another 10 to run the retail business in Central Tilba.

COVID-19 restrictions closed the doors of the shopfront earlier this year, but the team is now up and running again and has expanded its online sales options to make its products more accessible to people far away. The company is also prepared should there be any further lockdowns.

“Understandably, our retail sales dipped when we were closed but our wholesale market continues to grow,” says Cecilia, noting that online orders for Victorians in lockdown have jumped in recent weeks.

“It’s easy to freight anything under 3kg – all our cheeses, yoghurt and cream. Milk is harder, but we can do the one-litre bottles.”

Enhancing its online sales options has helped Tilba Real Dairy continue to expand its retail outlets, with the latest being The Friendly Grocer in Hughes, ACT.

Brilliant! I will spread the good ! word

Good to see that piece of disinformation countered. Social media thrives on sensationalism but Tilba Dairy is local and we’re all better for it.