Sometimes it takes a fresh pair of eyes to see what’s right in front of you. It can be hard to pin down an aesthetic of a place, the look and feel, the vibe, the patina.

One person can walk straight past what another may stop and wonder at. That aesthetic can be made up of lots of small things. The little things that tweak our sensations, whether look, touch, smells, sounds …

Often, a response is drawing on our knowledge of other places, styles, designs and tastes.

New Queanbeyan resident Katrina Blazey likes to walk, and on these walks she has captured some of these elements and now showcases the city on her Instagram page #CoolQueanbeyan. Katrina moved from Canberra to Queanbeyan a year ago.

“I had always loved Queanbeyan and then fell even more in love with a restored cottage for sale so was thrilled to move here,” she said.

“My brother, Simon, lives in Jindabyne with his family. He moved up here to work for an architect firm three days a week last September and stays with me when he is up here.

“Simon is a graphic designer and has a real eye for detail. I just love houses.

“On one walk, I mentioned we should start an Instagram page showcasing everything and we decided to call it #coolqueanbeyan. And here we are. It is literally just things we see on our walks.” 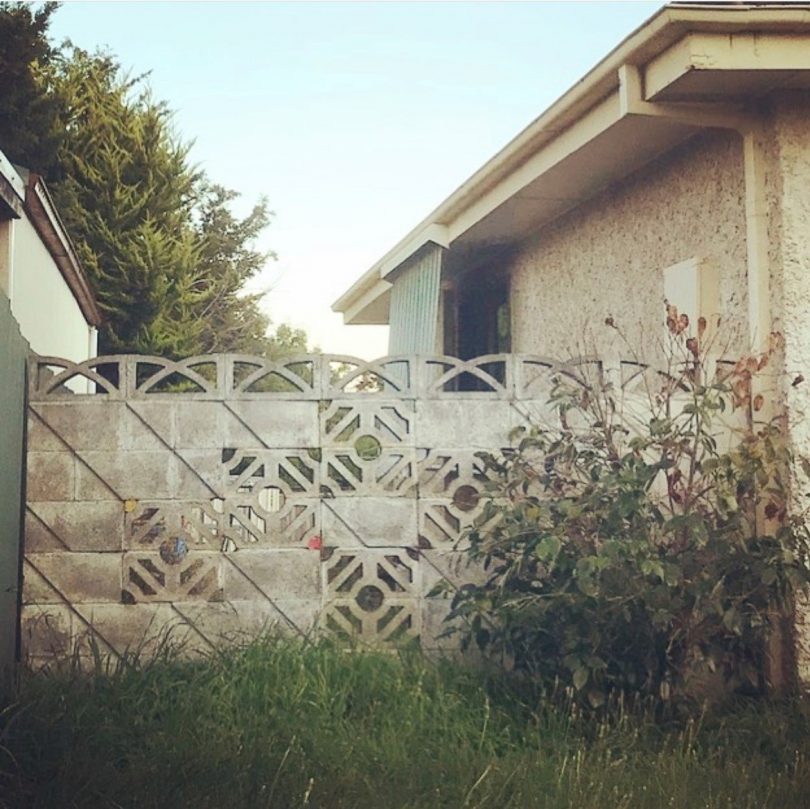 Katrina says: “We have found we are particularly fascinated by details that are hidden in plain sight. I guess we like to think we are seeing the city through a different lens – and we love finding quirky aspects.

“We do try to stick closely to our charter but also have fun with other things,” she added.

Queanbeyan has long had its own character that set it apart from its younger neighbour, Canberra. Queanbeyan’s 19th-century foundations can still be seen under subsequent layers of development, but its mid-century architectural vernacular denotes the era of its expansion. Meanwhile, many of the privately-owned buildings, commercial and domestic, retain much of the quirkiness that makes them cool. These things aren’t planned or consulted about, but they grow organically as a reflection of the time. Items like wrought iron fencing, tiling and brickwork may be far more expensive to replicate today.

The rusting relic of a curvy classic car poking out from under a tarp is not deliberate but will attract the eye of the aficionado.

As public spaces everywhere are ‘upgraded’ with a sameness of playground equipment, local government signage and seating with little regard for the history of place, it is the incidental that provides flavour to the built environment.

There’s no doubt that cool is in the eye of the beholder, however. Have a look around some of the Instagram hashtags for “mid-centurymodern, #canberra_modern, #PalmSprings, #20thcenturydesign or, a personal favourite, #IBrakeForBreezeBlocks.

On a local level, the architecturally influenced #nahitsCanberra has recently released a book. Once again, it was a new arrival to Canberra who had the eye to appreciate the built environment.

With so much of Canberra’s boom time architecture erased from the city, such as the Civic Hotel, the Northbourne Flats and the striking mid-century modern Red Door Travelodge on Northbourne, let’s hope Queanbeyan can retain some of the quirky elements that make it cool.

Patina is something that can’t be bought.

Original Article published by Alex Rea on The RiotACT.

History lives on in Queanbeyan thanks to Canberra’s Green Shed

Wander into an otherwise inconspicuous alleyway adjoining the Lowe Street car park in Queanbeyan and you may find something surprising....
Read More