Community solar farm at Goulburn to be the largest in Australia With around 20% of Australia’s electricity supplied by renewables, Goulburn’s community-owned solar farm is a step closer to reality with development approval earlier this year, land and technology identified and a financial analysis which began on Friday.

The concept is being driven by Community Energy 4 Goulburn (CE4G) – a local not for profit group dedicated to sustainable economic, social and environmental development.

The project’s been on the board for three years following funding from the Office of Environment and Heritage for a feasibility study. Once completed the farm, which will generate 1.8 MW of renewable energy, will be the largest community-owned solar farm in Australia.

“We will go either of two ways; sell the power to Goulburn Mulwaree Council (subject to its current electricity price comparison) or sell to residents. There will be enough power for around 400-500 homes.”

Once the financial analysis is completed, a prospectus will be developed and the community will be invited to invest. Already CE4G has around 120 interested local investors.

“A single share of around $400-$500 will buy a solar panel which will be connected to our battery and the grid, and the investor gets a dividend.”

Land identified for the solar farm is located on the banks of the town’s Wollondilly River – “a fabulous position which will be visible to train travellers passing through Goulburn,” Ed said.

While the project has been a stepwise process to date, real progress is now being made with development consent and a conditional offer from Essential Energy to connect to the grid.

“We will either sell electricity to residents and/or to the council (subject to price comparisons). If we do sell to the council then every ratepayer will get the benefit of the community solar farm. It will be a decision for the council but it’s unlikely the council would pay more for our renewable energy,” Ed said.

CE4G has also held talks with a small energy retailer who sources all its power from renewables.

“They would buy our power and then on-sell it to Goulburn residents and businesses. It would most likely be sold under a Goulburn brand name,” he said.

“A minimum of 51% of the farm must be owned by the community. We already have local businesses who want to invest. That means that profits generated will stay within the community and, for as little as $400-$500 a panel, even smaller investors can be involved.

“We have a self-imposed charter that we help the disadvantaged in the community, and offer a way to participate in renewable energies if they want, even if they’re renting.”

With fossil fuel generated electricity prices skyrocketing in recent years, CE4G initiated the project as a way for the community to take back control of pricing and also gain a foothold in sustainable energy generation. 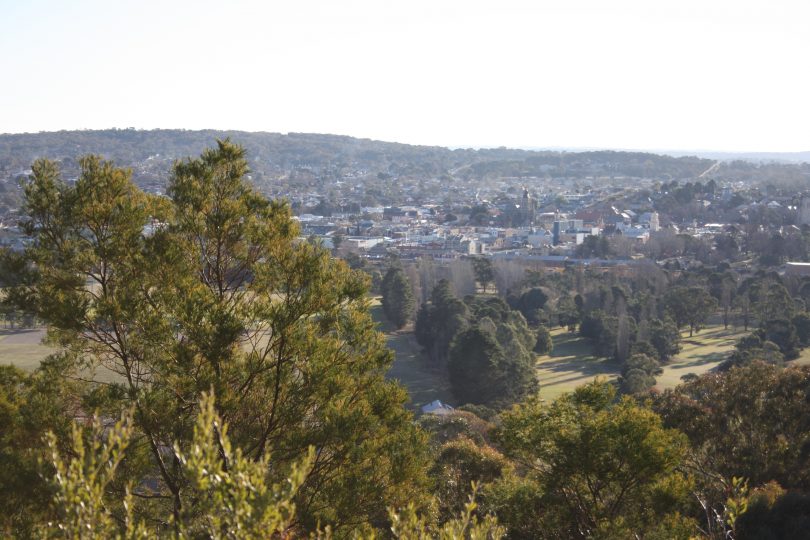 CE4G and the Goulburn community solar farm project are run by volunteers. The financial analysis is an important component of the project because it will confirm operating costs and dividends to the investor.

“We think we know these things but a financial analysis is an important confirmation for the prospectus,” Ed said.

An unlisted company structure will most likely be set up with a Board to manage the farm in the future. It’s hoped the farm will be operational by March 2019.

“Australia is lagging behind many countries in renewable energy. I was in England recently and we came across a community-owned hydro wheel generating electricity. In the UK investors in renewables receive a tax deduction,” Ed said.

“Iceland is powered 100% by renewables and European countries like Germany and Denmark are way ahead of us. Fossil fuels are finite and polluting whereas renewables are infinite and non-polluting. Why are we still getting the bulk of our power from fossil fuels?

“There has been a lack of planning for our energy needs by governments. Everyone knew the Liddell power station would reach its use by date by 2022 and now it’s suddenly on the horizon. Both the NLP and the ALP have failed to plan ahead.

“Coal has an important part to play over the next 20 years or so because renewables are not producing enough power at the moment but the transition to renewable sources needs to be planned now.”

Meanwhile, Australians are embracing solar power with a recent Green Energy Markets report showing rooftop solar installations reaching a record high in May 2018. The majority of the nation’s renewable energy comes from hydro, followed by wind and solar farms and residential rooftop systems.

It’s been a rollercoaster ride for the not-for-profit Community Energy 4 Goulburn (CE4G) getting its 1.8 MW community solar farm off...
Read More

The ACT will be home to Australia’s largest community-owned solar farm after the proponent reached its $2.8 million investment target,...
Read More