An idea adopted by the Irish Parliament is at play in the Eurobodalla.

The Sydney based newDemocracy Foundation is working in communities from Durras to Dignams Creek, putting a $99,000 plan in place that seeks the views and input of ordinary people. Eurobodalla Shire Council is paying for it, keen to expand the traditional channels of collecting community feedback.

In 2012, the Convention on the Constitution was formed in Ireland to discuss proposed changes to the countries constitution.

The Convention was made up of 100 people, including a chair, 29 members of the Oireachtas (Irish for parliament), four representatives of political parties from Northern Ireland, and (this is the twist) 66 randomly selected citizens.

This is the process from which Ireland’s much heralded vote on same-sex marriage originated.

In the Eurobodalla, a 24 person jury of “everyday people” will be selected from 5,000 random invitations that have been sent out by newDemocracy.

The Citizens Jury as it will be known, will provide early advice and recommendations to the Council elected at the September 10 Local Government Elections.

In the same way as the Convention on the Constitution provided advice to the Oireachtas in Ireland.

The question the Eurobodalla Jury will be asked to deliberate on is, Is Council spending your money on the right things?If not, what should change?

The make up of the 24 person jury is still being finalised and will be based on those who register interest after receiving one of the random invites.

The Shire Council is at arms length in an effort to maintain the integrity of the process. Georgina Inwood, Program Manager for newDemocracy says the Jury will be selected in a way that reflects the demographics and geography of the region.

In the meantime the broader community is being asked to feed the discussion that will follow.

Issues so far include:

*Lack of communication by elected and paid community representatives

*Lack of communication by electronic media

Suggested experts to address the Jury:

Interested individuals and community organisations can still make a submission to the Jury to help guide their discussions. 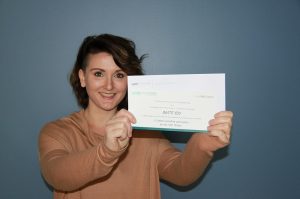 Ms Inwood from newDemocracy says their is also an understanding with Council, that jurors can request any and extra information during the course of their work.

“Ultimately the newly elected Councillors will have to make the decision as to how they want to respond to the recommendations that the Jury makes,” Ms Inwoood says.

“But we see this as a really thorough and valuable way that they (Council) can seek the input of everyday people into what services Council provides.”

Both Ms Inwood and Council’s General Manager, Dr Catherine Dale see the strength of this process as being its ability to tap into those who otherwise might not take part.

“We really want to hear from everyday people, not just people who engage with Council already or have a particular interest,” Dr Dale says.

“Council is keen to try a different approach.”

This is about getting beyond vested interests and strong views, and Ms Inwood says it has worked in places like Noosa, Marrickville and Moorebank.

“This is a model that works because it gives everyday people a chance to learn about the organisation that is Council and to give some well considered recommendations to them,” Ms Inwood says.

Inspired by the Irish experience, the founder of newDemocray is keen to keen to take this Citizens Jury model national.

Businessman and philanthropist Luca Belgiorno-Nettis, believes people’s trust in democracy has been dented by cheap point scoring, sloganeering and the antics of a system that works around a government versus opposition model.

Research by the Australian National University suggests as much. Between 2007 and 2014, people’s satisfaction with democracy slumped from 86% to 72%.

Mr Belgiorno-Nettis says, “When a truly representative group of citizens are afforded the opportunity to meet and deliberate, they find common ground.”

He is offering $5 million to kick-start a citizens convention for Australia made up of 350 random recruits.

The first meeting of the Eurobodalla Citizens Jury will take place next month, and while the identity of the 24 jurors won’t be publicised it won’t be a secret either, with all six meetings open to the public, unless the Jury decides otherwise.

The Jury’s final report will be made public in December with Council obliged to respond publicly to all the recommendations by March 2017.

“For a lot of people who do put their hand up (for the Jury) there is a sense of wanting to give to their community,” Ms Inwood says.

“This is a step outside the usual means of dealing with bureaucracy or government.”

Click play for more from Georgina Inwood and the newDemoracy Foundation –

Pic 2: One of the 5000 invitations that has been sent out for the Citizens Jury.

After a torrid few years of bushfires and pandemic, Eurobodalla citizens are being asked what they want for the shire’s...
Read More

A man who dedicated a large part of his life to protecting the Far South Coast from the devastating impacts...
Read More