Catholic Church will not break seal of confession on child abuse 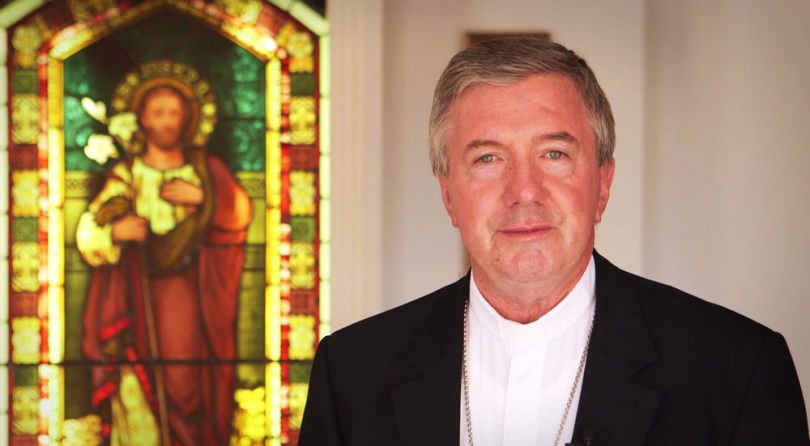 Catholic Archbishop Christopher Prowse has welcomed and endorsed new ACT legislation requiring all adults to report child sexual abuse, but will not direct priests to break the seal of confession regarding the crime.

The Crimes Act (ACT) will now require any person over 18 who identifies or believes that a child is being abused to report the matter to police. Attorney-General Gordon Ramsay has made it clear that the new legislation applies to all adults without exception and that while religious practices should be treated with respect, they are specifically not an exception to the law.

Instead, Archbishop Prowse will direct priests who hear a confession from an abuser to “do all they can to bring the matter outside the confessional” to report it. He believed this could be negotiated without breaking the seal of confession.

In a media briefing, Archbishop Prowse said he believed that it would be difficult for priests to know who had made the confession of abuse since it frequently takes place behind a grille without names or identifying details being exchanged.

However several rites of confession exist, including face-to-face sacraments. A priest who heard a confession of abuse in these circumstances and could not induce the person to repeat the confession would, therefore, be in direct breach of the law.

Church officials argued at the briefing that such confessions would be rare and more likely to take place in jail after an offence has been proved. They believed that anyone making a genuine confession would have a sincere resolve to confess their crime without requiring a priest to make the report.

Children disclosing abuse in the confessional would be told clearly that they had not committed any sin, and all possible attempts would be made to help and support them. Archbishop Prowse said that children needed “compassionate reassurance”, and spoke about the Church’s “heightened awareness” of how to handle such disclosures.

This includes a diocesan-wide education program focused on reporting abuse to the proper authorities rather than in confession. Archbishop Prowse said the ten principles for child-safe institutions formulated by the Royal Commission were now completely embedded in Church practices.

The Archdiocese has established an Institute for Professional Standards and Safeguarding and complaints are managed by a panel of four women including two lawyers, a psychologist and an experienced school counsellor. The panel’s role is to investigate and manage allegations including reporting to police.

Archbishop Prowse said that he believed it would be rare for a case of child abuse to be reported for the first time in a confessional setting, adding that all other adults working in the Catholic education and health care systems would be under an equal obligation to report the abuse.

In that context, he believed that “confessional conundrums” were a red herring, and that the commitment to a culture of child safety should be first and foremost in all Church dealings. The Archbishop has also written to all parishioners, noting that the abuse of children and vulnerable people is both a crime and a sin and therefore requires both a civil and church response.

Archbishop Prowse said the Catholic Church has been through “great shame and humiliation” in the community with regard to child abuse, but that the legislative changes created an opportunity to show leadership that had been absent in the past.

“This has been like a bushfire that burns but also regenerates,” he said.”I want to be a part of that. I have hope in my heart about this. It’s a journey and it will take time because we have a long way to go. Given low credibility many feel about the Church, here is an opportunity to create a turning point. That would be my hope. You might say it’s futile and naive but I do live in that hope.”

The chair of Concerned Catholics in the Canberra Goulburn Archdiocese, Emeritus Professor John Warhurst, has renewed his call for greater...
Read More

A 38-year-old Bega man has been charged over the alleged possession of child abuse material following an investigation by Strike...
Read More

Police have moved in on an alleged sexual predator who is accused of sexually assaulting a 14-year-old girl on the South Coast....
Read More

Former Labor candidate for Goulburn, Parliamentary Secretary and Senator, Dr Ursula Stephens is again back in a leadership role as...
Read More