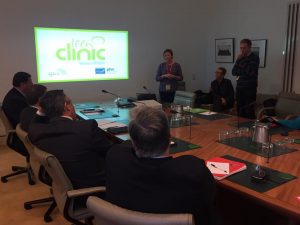 A Bega doctors clinic and its simple commitment to providing time and space to Bega Valley teenagers is getting attention at the highest levels.

For the last year, the Bega Valley Medical Practice in Bega has run a free weekly drop-in health clinic for teenagers.

Known as ‘Teen Clinic‘, the Practice sets aside time for teens with registered nurses (RN) two afternoons a week. High schoolers simply show up, no appointment needed, and no fee – Medicare picks up the cost.

Doctors and other health professionals are there seeing a range of patients but are ready to respond to a referral from one of the nurses for a Teen Clinic patient.

It’s an idea that in the last week has been presented to parliamentarians and health bureaucrats in Canberra.

“When they (teens) come all they have to say is ‘We’re just here for the Teen Clinic’ and that’s as much information as they have to give, no questions asked,” Duncan says. Conscious of the barriers that sometimes exist when ‘grown ups’, systems, and adolescents try and engage, it’s that easy, non-judgmental, welcoming way that has been key to the success of the clinic, along with the leadership of nurses.

“This covers all bases, it is open access covering all medical concerns for teens.”

RN Sue MacKinnon is one of the faces of Teen Clinic each Tuesday and Thursday afternoon between 2 and 5 pm.

“There has been a lot of work that has shown teenagers can be reluctant to talk to doctors,” Sue says.

“But they are fairly happy to talk to nurses, we are a good entry point.”

Aside from offering their own high level of primary health care, Sue and the clinic’s other RN’s work to introduce and connect teens to the people and additional care they might need.

“We do a lot of baton passing, it’s a really smooth transition for the kids and takes away some of the scariness of the whole process for them,” Sue says.

The response from local teens has been positive over the last two years.

“We have a small population, so sometimes we might get one person come, sometimes we get seven,” Duncan says.

“We get groups of people coming which is really lovely because they’re bringing their friends. 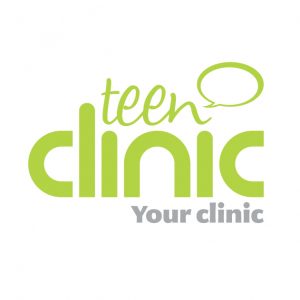 “And it’s important that teenagers know this is a confidential service,” he says.

“And we always talk to them about parental involvement, but a lot of teenagers are capable of making informed choices.”

Headspace reaches out to smaller communities through online and telephone support, but its the flexibility and local capacity to juggle priorities that has politicians interested in the face to face model that Teen Clinic offers.

Duncan and RN Meghan Campbell were invited to present the Teen Clinic idea to the Parliamentary Friends of Suicide Prevention, a bi-partisan friendship group of federal MP’s.

The group is co-chaired by Dr Mike Kelly, the Member for Eden-Monaro, one of its objectives is to address suicide rates in regional and rural areas.

Dr Kelly says he was very proud to see an idea from his electorate be so well received by his colleagues.

“Teen Clinic is a financially efficient way to roll out accessible teen programs across the country, that’s why I invited Duncan and Meghan to Canberra, so fellow politicians could hear about the program,” he says.

Dr Kelly believes the flexibility of the model suits teenagers and their varying needs as well as the economic realities of small communities which calls on a broader health care approach from one facility.

“The infrastructure is already there and it would take relatively small adjustments at the GP practice level for this to be easily adopted across the country,” he says.

Mike Kelly suggests partnerships between GP clinics and Headspace might allow the organisation to be more face to face with young people in regional and rural communities. 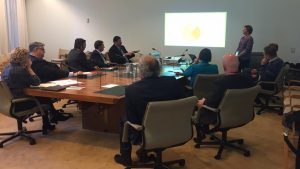 Federal MP’s and health officials are all ears as Meghan Campbell takes them through the Teen Clinic concept. Source: Mike Kelly’s office

“Headspace could be complimentary to the Teen Clinic program, we certainly need a much broader approach to youth suicide prevention in regional Australia,” Dr Kelly says.

Coming out of Monday’s presentation at Parliment House, more than ever Duncan is keen to see Teen Clinic rolled out in other GP practices.

To take Teen Clinic beyond its Bega roots Federal Government funding is needed.

“We’ve been asked to put up a funding model to enable this to be replicated,” Duncan says.

Mike Kelly is positive and believes Teen Clinic has the potential to shape policy development in a bipartisan way.

Disclaimer: Author has a direct and personal relationship with Bega Valley Medical Practice

A brilliant example of leading the way instead of waiting for Government action. THANKYOU.

Teen Clinic, a Bega initiative improving teenage health, continues to grow as they welcome a Board of Directors to assist...
Read More