The Braidwood Museum built in the 1840s. Photo. Supplied.

Of the three million-odd people travelling through Braidwood each year, how many have wondered just what’s behind the impressive stone facade of the local Museum, or popped in to have a look?

Not nearly enough, according to the Braidwood & District Historical Society (B&DHS), which plans to change that and last week unveiled an exciting multi-million dollar plan to help develop the town’s tourism potential.

“Studies and reports have identified the heritage tourism potential of Braidwood for decades, at least since the 1970s” says B&DHS spokesperson John Stahel.

“Braidwood was heritage listed in 2006 for the people of the state. So it’s high time that the State Government backed that decision with a funding proposal that protects and enhances the town.”

Braidwood, is the only state heritage-listed town in NSW. 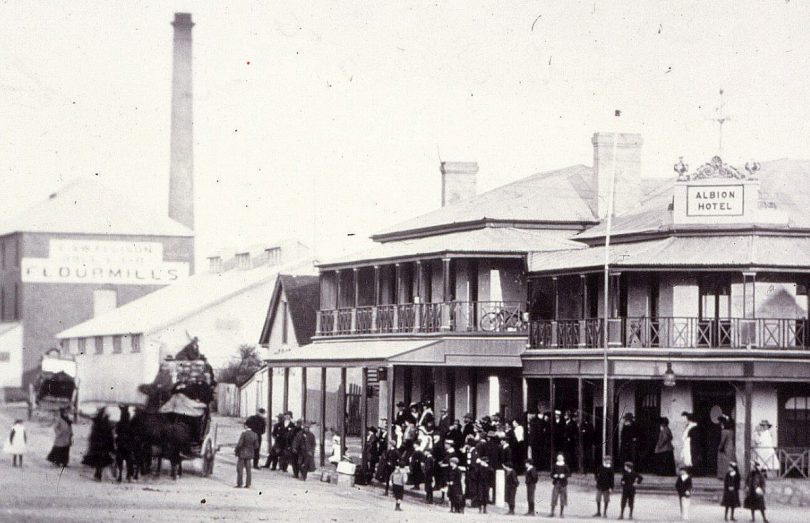 The society has put locals at the centre of its plan, coming up with a proposal that guarantees tourist dollars while also enriching local people culturally and socially.

The plan will capitalise on the income potential of the impressive main street building currently housing the Braidwood Museum.

“Because we own the land and building, we don’t have to build a tourist attraction from scratch, we only have to leverage the attraction we already have. That attraction is the whole town,” says Stahel.

The society proposes to revitalise the museum by revamping and expanding the interior display areas and reorienting the entrance to the north side of the building, adding a shop and café. The Oddfellows Hall on the second floor of the museum has already been upgraded, making it an attractive venue for concerts, events, lectures and exhibitions.

The society was committed to creating a plan that would include the people of the town and region. Its masterstroke in this regard is the building of nine artisan workshops in the museum grounds to be offered, at a modest rent, to local craftspeople. The workshops will provide a dynamic communal hub where artisans can create, sell and interact creatively with one another.

Supporting the arts is important to the society’s vision and it has already begun gathering expressions of interest from a diverse range of artisans including blacksmiths, bookbinders, saddlers, glassblowers, silversmiths, carpenters, stonemasons, weavers, horologists and many others.

“Many craftspeople settled in Braidwood because it was affordable, but over the past few years they have struggled to keep pace with rising costs,” John says. “Artisans are important to our community. It’s in everyone’s interest that they thrive. Their success is our success.”

In another initiative, to broaden the project’s appeal and income stream, the museum grounds will also house four accommodation units. The romantic idea of spending a night at the museum is likely to prove popular. All aspects of the proposal fit perfectly with QPRC’s ambitious tourism plan. Some of the collection on display in the kitchen buildings behind the Museum. Photo: Alex Rea.

There are precedents around the country for what the society is planning. Heritage tourism destinations such as Queensland’s Stockman Hall of Fame and Victoria’s heritage tourism concept for Beechworth have taken off after an initial injection of government funding.

The B&DHS is optimistic it can do the same, especially with the massive through traffic.

According to the Historical Society’s President, Peter Smith, “it’s a realistic plan, and the ask from government is that the plan is realistic”.

“If we’re successful, we will be able to give the museum and its site a professional and self-sufficient future. It will establish our town as a cultural and heritage centre.”

A wonderful idea. Perfect for Braidwood.

From the very outset it is clear Shirley Jurmann has a heartfelt connection to the Far South Coast town of...
Read More

Did you know that a local museum in Bega houses one of the few Australian flags that survived the Gallipoli...
Read More