Around 2,500 attended, with some of the biggest names in Australian music pitching in at the Parkes Showground – Hoodoo Gurus, 1927, and Mark Seymour. Photo: Peter Whiter.

A bunch of Bega Valley locals have headed west to bring good times, support, and hope to drought-affected communities around Parkes.

The Band Together Farmers concert (November 17) comes from the same crew that rocked and re-energised Tathra with Band Together after the March 18 bushfires.

“And a special mention for Lyn O’Donnell from Cheeky Mango Catering, she came over to look after the catering in the VIP marquee, so the Central West got a taste of seafood from the Sapphire Coast – it absolutely went off, they loved it, they went nuts for it, a real treat for them,” Darren says.

“And this couldn’t have happened without Michael Marshell from Abandon Ship DJs and Garry Peadon from Green Room and Stage Kings. These guys helped out big time with production and staging for the first Band Together and they backed up again.

“They are why Band Together looks good and sounds good.” It’s taken a week for this army of showmasters to come down from the high of the event and settle back into Bega Valley life. Given the distance between home-base and Parkes, logistically last week’s concert was bigger for Darren and his team than Band Together at the Sapphire Coast Turf Club back in May.

Around 2,500 attended, with some of the biggest names in Australian music pitching in at the Parkes Showground – Hoodoo Gurus, 1927, and Mark Seymour.

Darren says the event was more focused on raising morale rather than money.

“The concert gave the Centre for Rural and Remote Mental Health a platform to get their word out and get themselves known,” Darren says.

“We might have saved someone’s life because a whole lotta people now know about these guys and their support service.

“They have really good mental health and suicide prevention strategies and that is very personal for me.

“I’ve seen countless times with the police, the impacts of mental health, it is very important for people to know there is help out there and that it is okay to stick your hand up and say – I am not doing okay.” Jess Ryan says Parkes is a beautiful town, “but you can see they are doing it tough.”

“People came to the town for the concert, the pub was booked out, that’s what I love about these events, people coming to the town, spending their money – it’s really important.”

The crowd not only came from the Central West of NSW but also Melbourne, Vaucluse, Central Coast, and Queensland.

Jess says 1927 was her favourite act in Parkes because it made her nostalgic for the Tathra event eight months prior.

Eden’s Peter Whiter went along with his collection of cameras to capture the many moments.

“I was impressed with just how completely humane these guys [the music stars] were,” Peter says. Chris Nicholls spent the day doing everything from replacing toilet paper, to emptying bins, to looking after VIPs.

“It is such a different landscape out there – so hard,” Chris says.

“And I noticed the tiredness of the people – a lot of them are very strained. I just so admire their drive to succeed and get through these tough times.

“It was really good to be apart of the Far South Coast supporting an inland community – it was just brilliant, the meeting of two regional communities who understand each other.”

When it comes to Band Together 2 back home in the Bega Valley, April 6, 2019, has been pencilled in at the Wolumla Recreation Ground. Killing Heidi, Mental As Anything and Kate Cebrano are all booked along with the ARC Supergroup, a collaboration between members of Powderfinger, You Am I, Jet, and Spiderbait, who also played in Parkes.

“There is a fair sized budget involved in it [Band Together 2] so we are considering what our options are at the moment,” Darren says.

“I 100 per cent want it to go ahead, but we will need the community support, we need people to turn up.

“Over the next month, we’ll come up with a plan and decide whether we can go forward.”

Band Together raised $160,000 for the Mayor’s Tathra and District Bushfire Appeal in 2018. 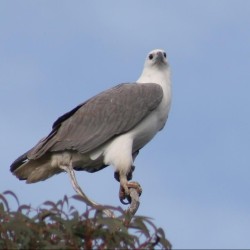 These events don’t run with just a few people and sure there are a few that start it off but there are others that keep turning up like Mick Marshall and Garry Peadon. Of Abandon Ship DJ’s and GreenRoom these guys just keep turning up and Putting out.