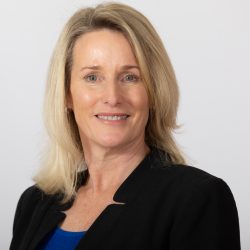 Kim Treasure has been a journalist for more than 35 years, working across regional NSW and Canberra in print, radio and online. She began her career at the Newcastle Herald with Fairfax Media and managed almost 40 mastheads across Southern NSW before leaving the company in 2019. She was the voice of ABC Radio in the Eurobodalla for more than two decades and has written for national magazines and newspapers. Kim has been a judge on the NSW Australian of the Year Panel, a board member of the Ronald McDonald Holiday Retreat, and an active member of sporting and community organisations on the NSW South Coast. She has a passion for public interest journalism and a drive to foster community connections and conversation. Kim lives on small acreage near Batemans Bay and loves nothing more than spending time with family and friends - both two and four-legged.

Investigators have laid additional charges against the ACT driver of a car involved in a fatal crash in the Southern Highlands last year. Officers from the Crash Investigation Unit (CIU) have been investigating the two-vehicle crash that occurred on Binda Road at Binda, 22 km north of Crookwell, at 11:15 am on 7 December 2019. A Toyota Landcruiser towing a...
Read More

If the Black Summer bushfires brought out the best in many people, it seems COVID-19 is bringing out the worst. When bushfires raged across our wide, brown land, we faced them as one. Volunteers travelled from interstate, and even overseas, to battle the beast. Community groups and individuals donated time, money and resources to make sure people were fed and...
Read More

Police have charged a teenage boy over an assault that left an Eden boy with a broken leg and face injuries. About 5:30 pm on Thursday 13 August, a boy and girl, both aged 16, were walking along a dirt track at the intersection of Maling and Curalo streets, Eden, when they were approached by a group of teenage boys....
Read More

A former school counsellor has been charged over the alleged assault of two students at a high school on the Far South Coast. For 12 months, officers from South Coast Police District having been investigating reports two girls – aged between 13 and 15 – had been assaulted by a school counsellor. Following extensive inquiries, detectives arrested a 55-year-old man...
Read More

The latest additions to Batemans Bay's Sculpture Walk have provoked a social media storm, with some critics labelling one a "dangerous rust bucket" and another "malnourished whale tails". For the small, hardworking Sculpture for Clyde committee, it could be seen as a kick in the guts, but volunteer Maggie Brennan prefers to look at it as lively public debate. "It's...
Read More

The union representing staff in all non-government schools in NSW and the ACT is calling for decisive action from government given the expanding COVID-19 clusters in schools. Students at two schools in Batemans Bay tested positive to coronavirus this week, while the cluster linked to a Sydney Catholic school grew to 17 with contact tracers homing in on a retreat...
Read More

Batemans Bay High School will be closed for a deep clean tomorrow after a student tested positive for COVID-19. All staff and students are being asked to self-isolate while contact tracing occurs. In a statement on its website, the school said it would be "non-operational for on-site learning tomorrow, Tuesday 11 August 2020. All students will undertake at home learning"....
Read More

With the 2020 River of Art Festival scheduled to start in September, artists are being urged to enter their work in this year’s festival art prize. Working within COVID-19 restrictions, the festival’s art prize will be a highlight of the Eurobodalla’s annual celebration of the region’s rich artistic life. Now in its 15th year, arts events will be held from...
Read More

Snowsports training facility to be ‘a game-changer’

A world-class training facility in the Snowy Mountains is one step closer to reality with the NSW Government lodging a development application for stage one of the National Snowsports Training Centre. If given the go-ahead, the Jindabyne development will give Australian winter sports athletes access to a dry slope airbag jump that is expected to attract athletes from across the globe. With...
Read More

Residents of small communities in the Bega Valley are being warned to boil their water as council begins using water from the Brogo River to replenish reservoirs. Bega Valley Shire Council and NSW Health introduced the boil water notice as a precautionary measure for the Brogo-Bermagui water supply system from 11 pm on Thursday, 6 August because the river water...
Read More

‘A borderless community’: how ACT could run Ginninderry’s policing, waste

The ACT Government may be contracted to provide services including policing, waste management and roads maintenance to NSW residents of Ginninderry as Yass Valley Council makes a call on how to handle the cross-border development's future. It is one of three options Yass Valley Council will choose to manage services for 5000 homes on the NSW side in Parkwood, which...
Read More

Three key projects that aim to transform the functionality, aesthetics and commercial amenity of the Port of Eden will be the subject of an information session on the NSW Far South Coast on Thursday, 6 August. The Eden community will have the chance to hear about and ask questions on projects centred on the town precinct, from the Eden Killer...
Read More

Water restrictions across the Snowy Monaro have been eased following much-needed heavy rainfall across southeast NSW. After months on Level 3 water restrictions, the Nimmitabel community has moved to a conserve water notice. The same notice will apply for water supplies in Bombala, Bredbo, Cooma and Delegate. These reductions in water restrictions came into effect at 12 pm on Wednesday,...
Read More
1 2 3 4