Amazon suggests a ‘new type of farm’ for the Bega Valley

Teresa Carlson from Amazon and Liam O’Duibhir from 2pi with students from Lumen Christ Catholic College. Photo: AWS On Air

Young local tech heads have been recognised by one of the world’s biggest companies – Amazon.

The shout out from Teresa Carlson, Vice President of Amazon Web Services (AWS) came at a recent conference in Canberra and signals the start of a relationship between the 427 U.S billion dollar company and the Bega Valley.

Thirty-two IT students from Lumen Christi Catholic College at Pambula were in the audience to hear Ms Carlson suggest that the technology behind Amazon Web Services allowed a regional community like the Bega Valley to develop a ‘Silicon Valley’ element to the local economy.

“They [students] are so important, they are the most important aspect of what we all do day to day,” Ms Carlson said.

“Which is creating an environment for job creation, which at the same time creates economic development opportunities for local communities.”

Speaking directly to the busload from Pambula, Ms Carlson said she wanted them to get the skills and opportunities they needed to come and work for Amazon.

“Amazon paid for the bus to get the kids to Canberra, it was so fantastic,’ Liam O’Duibhir from 2pi Software says.

Amazon is now the worlds largest provider of ‘cloud computing’.

“Amazon started out selling books, in setting up the systems for that they become very good at what are called ‘server farms’ or ‘virtual data centres’,” he says.

“So if you get a spike in traffic you can have a thousand new virtual servers created in a couple of seconds, its elastic, it just expands as opposed to building your own physical stand-by servers ready to meet increased demand,” Liam says.

At the extreme end, the crash that happened around the 2016 Australian Census is a good example of the problem this technology helps avoid and manage.

Liam and 2pi Software were in Canberra to share in the love from Amazon as part of their work with students at Lumen Christi.

The recognition came after a visit to the Bega Valley by Amazon in August, meeting with businesses and organisations like Bega Cheese, the University of Wollongong, Bega Valley Shire Council, and Federal MP Mike Kelly, exploring ways regional enterprise can take advantage of cloud computing.

“They didn’t assume we were dumber because we live in the country, they even came to the Into IT Code Night and met the kids,” Liam smiles.

The lifestyle and environment of the region is a key driver in the budding relationship between Amazon and the Bega Valley.

“Canberra based Amazon staff are already coming here to go fishing, they get it,” Liam says.

“But this isn’t a token affair, they see the Bega Valley as a showcase for what this technology can do for regional areas.

“Brian Senior, from the AWS team in Canberra speaks strongly of their interest in exploring what can be done here, and if it is successful, replicating it in other parts of Australia, and potentially back in the US too.”

Time is now being invested working out how Amazon, 2pi, and local school students can build this Silicon Valley future in a landscape that has traditionally supported dairy and tourism. 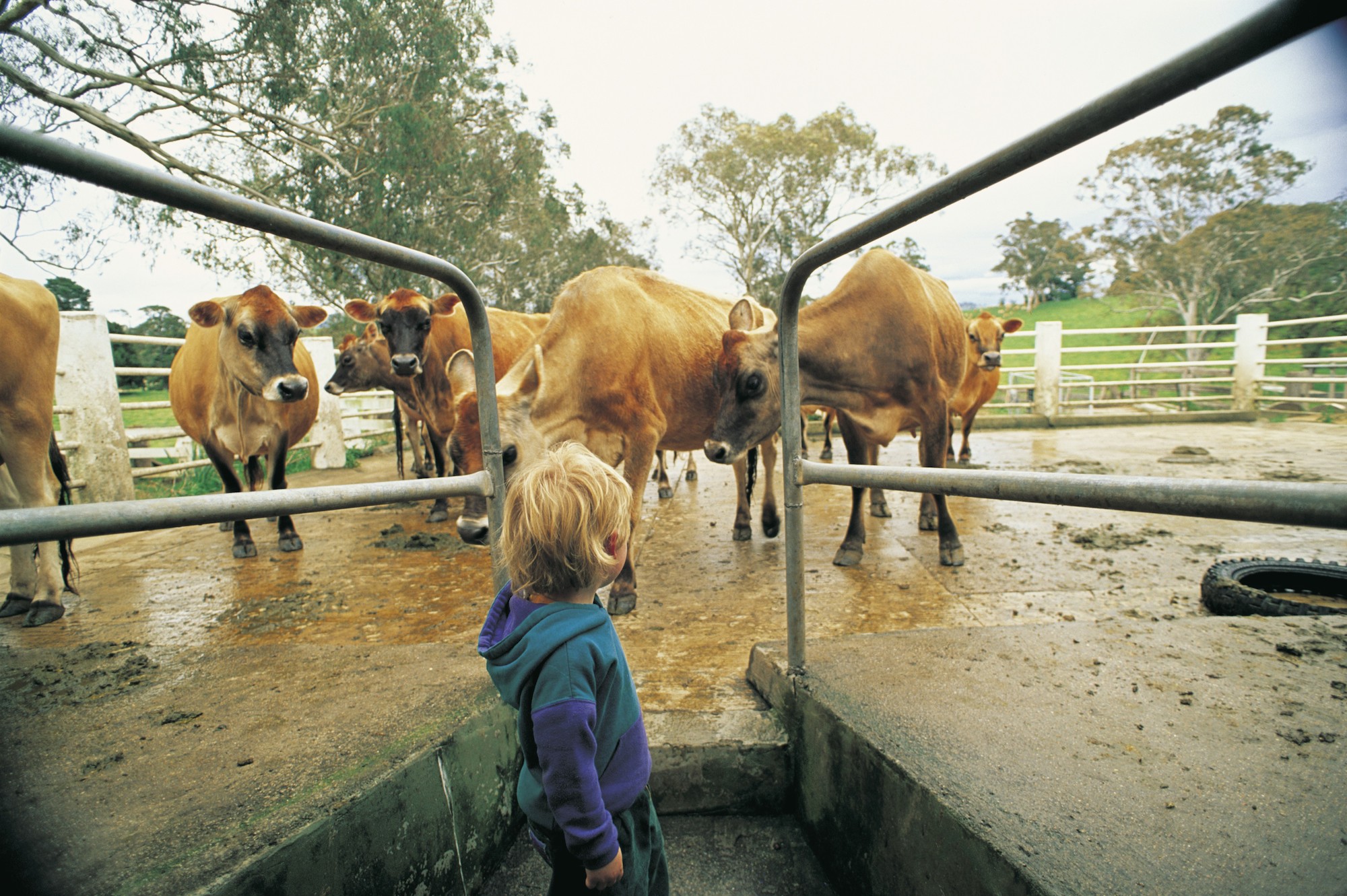 Dairy has been the backbone of Bega Valley farming, Amazon is suggesting something new. Photo: Sapphire Coast Tourism

One thousand local tech jobs in the Bega Valley by 2030 is the vision, which is supported by Into IT Sapphire Coast, a community based interest group supported by 2pi that holds weekly Coding Nights, Gamer Dev Jams, and Hackathons – as an outlet for local youth with a flair and passion for tech, computing and the creative arts.

“For the last seven years we’ve been building the skills and community needed to work in the Amazon AWS space locally,” Liam says.

Springing from the trip to Bega and conference in Canberra, more formal educational opportunities are now being investigated between TAFE, the University of Wollongong, and Amazon.

“These opportunities broaden the choices for our young people,” Liam says.

“This is not just about NAPLAN achieving students, in our industry its not always the person with first degree honours in computer science that drives it forward.

“It’s often the the guy or girl who failed their HSC who is so driven that nothing stops them,” Liam says.

Bega Valley based virtual server farms catering to global and local enterprises are the fruits of this growing relationship.

“We are looking to validate the rasion d’etre of Amazon, which is to free you from the tyranny of geography.”

“That’s a powerful message for regional Australia as a whole.”

Senior Amazon staff will visit the region again in October to take the discussion further.

“This a very good time in the Valley and we mustn’t let it stop,” Liam says

Thank you for this post. Good luck
Thanks & Regards,
From Call Center Software.