David Ross MacDonald from The Waifs

Over recent years, the town of Candelo has caught the attention of ABC Radio National presenters.

Many of Candelo’s resident musicians, such as Heath Cullen, Melanie Horsnell, David Ross MacDonald (The Waifs), Robyn Martin, Pete Wild, Michael Menager, Sam Martin & Phil Moriarty (of Mikelangelo & the Black Sea Gents), and myself have all been featured on programs like ­The Inside Sleeve, RN Afternoons and The Daily Planet.

Presenters like The Inside Sleeve’s Paul Gough have cottoned onto the fact that there’s something special happening in Candelo town, and they regularly shine a spotlight on the region when a new album is released.

However, ABC Radio National is set to cut all but one of its music programs in 2017 – including every single one of the programs mentioned above, in a move toward a spoken-word, digital model for the national station.

How will this affect Candelo musicians and their livelihood? And what does it mean for regional RN audiences?

“ABC Radio National‘s music programs have been key to the exposure and successes of The Waifs over the past 18 years while I have been drumming for them,” David says.

“On the times I have got to play live and record in the ABC it has always felt like I was participating in a bigger Australian story that encompasses national identity and also felt a sense of pride and professional opportunity during such experiences.

“The cancellation or scaling back of music programming at the ABC will be to the greater detriment of the Australian music industry and also diminish the valuable role music plays in the creation and bolstering of national identity,” he says.

Radio National plays a special role in the life of many regional musicians and audience members. 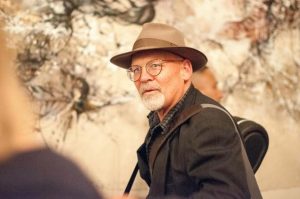 “Programs like The Daily Planet and The Inside Sleeve provide a listening space for all Australian musicians and songwriters, independent or otherwise,” he says.

“It’s how many of us keep up with new developments, new ideas, new sounds from all over Australia (and the world) right from our regional homes.

“And – as has happened for me and for other regional artists – Radio National (in my particular case, via The Inside Sleeve) has given us the opportunity to play our songs and to talk about our music in front of a nationwide audience.

“To share the art that we create, and the process by which we create it, with listeners that we wouldn’t be in touch with otherwise,” Michael says.

“In Lucky’s show, I found a daily dose of new inspiration and discovered much of the music that would become a tangible part of who I am as an artist, as a human,” Heath says.

“There was nothing in the world like the Daily Planet, and I believe that is still true today. The recent news that the ABC will be cutting the show altogether is heartbreaking to me.” “My work takes me all over the country, and wherever I go, RN has played a major part in connecting me with my audience – there are always people have heard my work on an ABC RN program, and so they come along to a show,” he says.

Candelo’s Robyn Martin, who has come back from a national tour with her sister Jodi Martin, says:

“Airplay and interviews on Radio National have been some of the most consistent forms of support I have received for the tours and albums I have been involved with.

“It is not easy to sustain a music career and it is even harder to imagine how to go forward with this professional life with diminishing opportunities on Radio National,” Robyn says.

Good national music programming can have unexpected benefits for regional audiences. As my bandmate, Ruth Hazleton states in her current petition to the ABC.

“Many regional listeners also comment that RN music shows provide a lifeline; particularly in difficult times, diffusing the effects of isolation and in combating mental health issues, which we know plague our regional communities,” Ruth says. 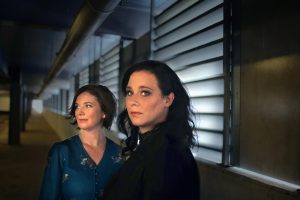 “Although Triple J and its digital cousin Double J will remain unaffected by the cuts, they do not cater for older and more diverse audiences.

“While these are fabulous Australian institutions, we do not believe that we will be represented to the same degree by these services.”

“The loss of RN music programming will limit Australians’ exposure to diverse cultural ideas and forms, and will make this country less harmonious and more boring.”

Change can be refreshing, but the cuts to RN seem more like a cultural slap on the wrist than a healthy makeover.

Can the ABC guarantee that future programming will be supportive of Australian arts?

“Our national broadcaster’s charter requires it ‘to encourage and promote the musical, dramatic and other performing arts in Australia’ and Radio National have, up until now, always done it well,” says Heath Cullen.

“The decision to cut nearly all of this treasured music programming from RN‘s schedule is the wrong decision. It must be reversed immediately.”

Sign the petition to save music on ABC Radio National – HERE

‘The Inside Sleeve’, ‘The Daily Planet’ and ‘RN Afternoons’ make my day. Can’t believe the thinking. Yes, identify with Dallis above. Good memories, but we don’t want just memories, we need these programmes to STAY in the present!

Great to have you part of the discussion Anneke. Ian

This is a really important article. Radio National is an integral part of Australia’s music landscape, these plans will leave it – and the diverse array of musicians it shines a light on – gutted.

Good to hear from you Hannah B, hope you are well. Would love to get you writing for AR?
Cheers
Ian

When I first heard Lucky Oceans it used to be on later in the afternoon when I would be driving home from work. Often I’d be sitting in the car well after arriving home listening to more great music. Then it changed to an earlier time and I missed hearing it which was a blow. I’d catch it in an ad hoc fashion after that. I’ve heard such great music on that and on the Inside Sleeve. And a live program on Sunday afternoon? I remember being way down the back of our family farm near Canberra and hearing a live performance of Coldplay for the first time. I had it up so loud that the cows across on the next hill came all the way over to me to listen too! Please don’t get rid of these much loved cultural treats. What will me and the cows do without it??

Nice one Dallis – love the memory about Coldplay. Ian

Disgraceful!!!! The conservative takeover of the ABC is grinding away!