Turn back the clock and revel in this historic business opportunity You’ll feel like you’re in another era when you cross the threshold of 16 Jellore Street, Berrima. Photo: Ray White Bowral.

Fancy a walk down a 200-year-long memory lane and beyond, smack bang in the centre of the Southern Highlands?

This unique property at 16 Jellore Street in Berrima offers a unique perspective on rural Australian living more than 200 years ago, as well as an incredibly attractive business opportunity for the savvy investor.

Unlike much of Sydney and its surrounds, the historic village of Berrima emerged from the mid-1900s rebuilding and development boom relatively unscathed.

For the area, a lack of so-called ‘improvements’ meant the township could retain many of its historical features and buildings, several of which were later restored painstakingly to their former glory.

Only a five-minute walk from the centre of Berrima, it’s clear that this three-dwelling property has retained all of its early 19th-century charm. 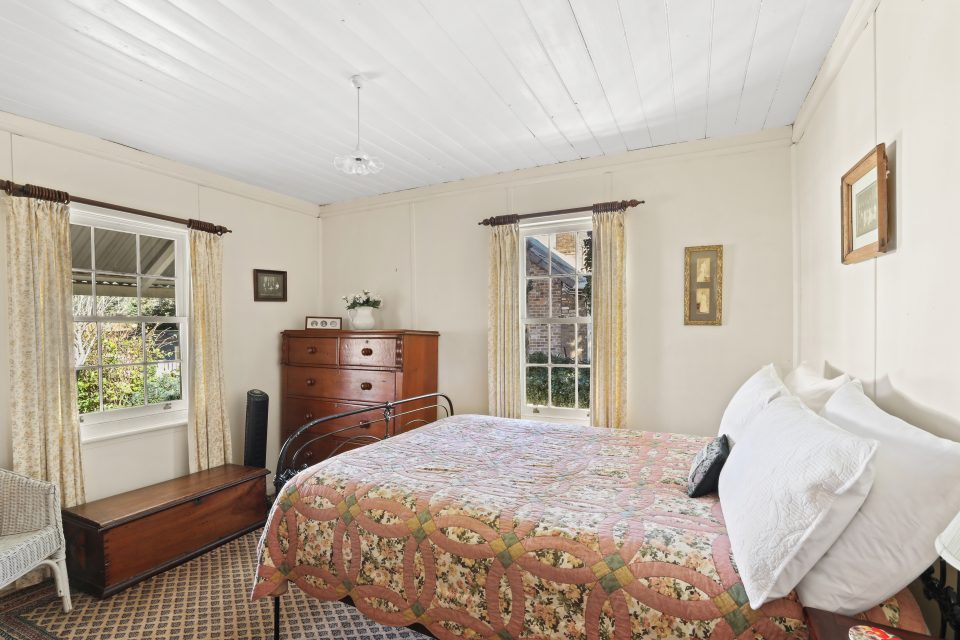 Gene said the age of the property makes it a standout, and that simply by stepping foot on the threshold, you’ll be whisked back in time.

“It’s not just in the cottage and the hut, but the garden itself. It has a really special feel to it which is hard to find,” he said.

Even from the street view, you could be forgiven for thinking your smartphones and watches are a little out of place with the picket fence and meandering gardens.

Built in the 1860s, the property has changed hands about six or seven times since then, although many of the original features have been retained. Although the buildings are small, the block is impressively sized. Image: Ray White Bowral.

The cottage is the first of the quaint, self-contained accommodation quarters. It includes a large paved area with manicured hedges and sprawling lawns to its rear, enhancing the property’s relaxed country-lifestyle appeal.

In the cottage, you’ll find two bedrooms, a kitchen and dining room, sunroom, living room with open fireplace and bathroom.

Wind your way through a lush garden path with potted daffodils, native flowers and foliage to reach the old settler’s hut and studio.

Although these buildings have a small footprint, the block itself is an impressively large 2,018 square metres.

Gene explained that the hut itself is a restored 1840s colonial cottage originally built in Crookwell and then transferred to Berrima.

In the Hut, you’ll find a kitchen, a bedroom and a living area, as well as a stunning open fire. The gardens are as impressive as the interior of the cottage and outbuildings. Photo: Ray White Bowral.

He said that it is truly a delightful setting for a unique business opportunity, and he expects a lot of interest from investors in both Sydney and Canberra.

Trendy city-siders are flocking to historic Berrima in search of an idyllic escape that offers the country lifestyle without sacrificing...
Read More

A house full of style, charm and opportunity in Bowral

Situated in one of Bowral's most sought-after streets and with endless original features, there's no denying this property's enormous potential....
Read More

‘The Gums’ replicates the allure of a traditional Highlands home

'The Gums' has it all. Set on a tidy acreage in the Southern Highlands, not only are there stunning views...
Read More

A wealth of nature surrounds picture-book perfection in Berrima

On the market for the first time in over 20 years, 12 Berrima Drive in Berrima is a picture-perfect homestead...
Read More