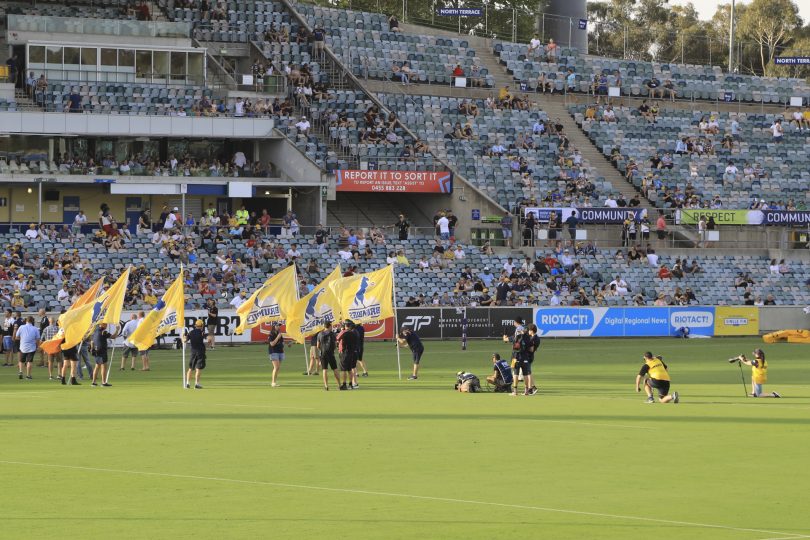 The Brumbies are facing up to the biggest challenge in their history. Photo: Supplied.

Phil Thomson has been through plenty in his working life, with the police force, with Rugby Australia and now as CEO of the Brumbies.

That’s why he’s well prepared for any hurdle that comes his way. The COVID-19 pandemic, though, and its impact on sport globally, is in a ballpark of its own. There are predictions of a totally different sporting landscape once the crisis has eased.

The curtailing of the Super Rugby season has already had a significant impact on rugby in Australia, which has always struggled financially.

It’s worth noting, in the past three years the Brumbies have been the shining light on and off the field in Australian rugby, making the finals and even returning a modest profit.

But these are unprecedented times.

Phil fronted the 54 full-time and part-time staff on Monday morning and then again on Tuesday to inform them of significant cutbacks to ensure the Brumbies remain viable.

Those cutbacks included staff working reduced hours and senior management, such as Phil and coach Dan McKellar, taking hefty cuts to their salaries. This arrangement will be in place until 30 June, during which time constant reassessments will be undertaken in response to the ever-changing broader circumstances.

This week has been particularly stressful.

“It’s been a tough week trying to ensure the viability of the Brumbies,” says Phil. “And this is with the safety and welfare of the staff and players as the number one priority. We are very much one family at this club.”

That one-family approach, it would appear, has extended to the members and supporters with very few asking for refunds on cancelled games.

There is also hope that staff can be retained, albeit on reduced hours, thanks to the Federal Government’s JobKeeper payment. This would keep the staff connected with the Brumbies’ organisation and the community, and ensure they are operational when the competition resumes.

“I’m confident the Brumbies will survive. We are a resilient group but this is the biggest challenge we’ve faced as an organisation,” says Phil.

The current situation has placed significant pressure on Super Rugby. But the Brumbies have shown yet again, despite the gravity of the crisis, they have the ability to respond to the pressure and rise to the challenge.

Why this season could be the most crucial for the Brumbies

If speculation is anything to go by, the Brumbies have been on the verge of extinction at least a couple...
Read More