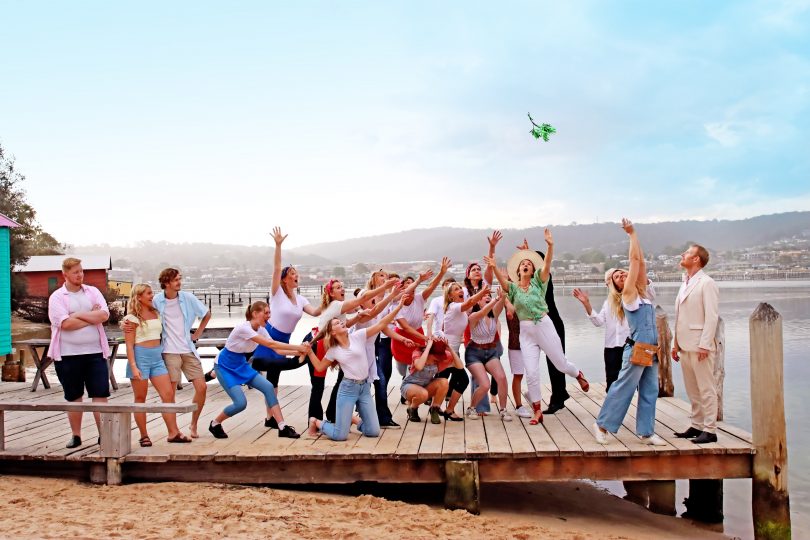 ABBA helped Meryl Streep and Amanda Seyfried dance away their worries on a Greek island. Now ABBA can help you dance away your COVID-19 blues during live performances of Mamma Mia! in Bega this January.

A large cast will use ABBA’s hit songs to bring to life the hilarious story of a young woman’s search for her birth father on a Greek island.

On the eve of her wedding, Sophie’s (played by Chelsea Fisher) quest to discover the identity of her father brings three men – Sam (John Fitzmaurice), Bill (Daniel Doody) and Harry (Bumble J Parsons) – from her mother, Donna’s (Hayley Fragnito), past back to the island they last visited 20 years ago. A mother, daughter and three possible dads will take you on a trip down the aisle you’ll never forget!

The storytelling magic of ABBA’s timeless songs propels this enchanting tale of love, laughter and friendship, creating an unforgettable show.

Dreamcoat Theatre Productions is Bega Valley’s not-for-profit amateur community theatre group, which provides opportunities for people of all ages and backgrounds to enhance their skills in performance and production in a positive and supportive environment.

During the past four years, the group has staged two highly successful musical productions and donated more than $22,000 in profits to the community through the Social Justice Advocates of the Sapphire Coast. The lovers: Ben Pettit as ‘Sky’ and Chelsea Fisher as ‘Sophie’ in Mamma Mia! Photo: Supplied.

Profits from the staging of Mamma Mia! will also be donated to the Social Justice Advocates of the Sapphire Coast, which is currently working with bushfire affected families in the region.

Tickets are $40 and can be purchased online here.

Bega Valley's Christine Welsh has been recognised at a state level for her work supporting the community, however she wants...
Read More