South East NSW makes its pitch for jobs from Canberra 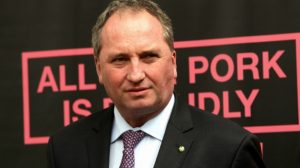 South East NSW is pitching itself as a new home for a range of Federal Government departments.

Following the political and media stink around the relocation of the Australian Pesticides and Veterinary Medicines Authority (APVMA) from Canberra to Armidale, a Senate inquiry was established to investigate elements of the decision by Agriculture Minister, Deputy Prime Minister, and local member for Armidale, the National’s Barnaby Joyce.

However, the work of the committee has been seen as bigger than just the issue of the APVMA as regional leaders look to fertilise a deeper discussion around moving public service jobs out of Canberra, all looking for a greater share of the $16.7 billion annual wages bill for their local economies.

Headed by Labor Senator Jenny McAllister, the Senate Standing Committee on Finance and Public Administration held hearings in Townsville last week. Bega Valley Mayor Kristy McBain was one of five local government officials from around New South Wales invited to phone in and take part in the discussion.

The invitation to speak came after the committee had considered written submissions.

All of the local submissions declared the region as an ideal location for Commonwealth investment and backed the idea of decentralisation. In his submission, Snowy Monaro Administrator Dean Lynch spoke of the boost such a move would be for the local economy and pointed to an available workforce.

Andrew Greenway, from Eurobodalla Shire, highlighted lifestyle advantages and the benefits that had for staff retention.

Bega Valley Mayor, Kristy McBain pointed to the region’s proximity to Canberra, Sydney, and Melbourne and the private investment that would follow.

Senator McAllister says the terms of reference of her committee are narrow and focused on the APVMA decision, none the less local government and regional business organisations from around the country have seized on the opportunity to put a stake in the ground.

Among the 200 written submissions were councils from the Mallee, Longreach, Manning Valley, Colac, and the Spencer Gulf along with groups like Australian Wool Growers, NSW Business Chamber, the Winemakers Federation and the Country Women’s Association.

All those on the call were asked if their region had been considered along with Armidale as a new base from the APVMA, all answered, “Not as far as I know” and the conversation quickly moved on.

Both senators went on to point to the separate but related process underway within the Turnbull Cabinet, where the Minster for Regional Development, Senator Fiona Nash is developing the Government’s broader decentralisation policy which will be released later this year.

Speaking at the National Press Club in April, Senator Nash said regional Australians deserved the jobs and opportunities that come with government agencies. 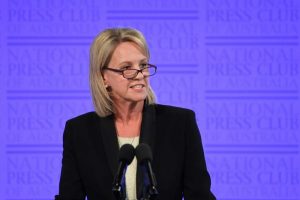 She went on to explain the process all Federal ministers are currently involved in, which asks them to detail the departments, entities or functions that might be suitable for relocation to a regional area.

“We are not going to leave any stone unturned in looking for those agencies that could be relocated to the regions for the benefit of the regions,” Senator Nash told the Press Club.

Danielle Mulholland, President of the Northern Rivers Regional Organisation of Councils and Mayor of Kyogle, told Senator McAllister that she is keen for the government to better definition ‘the regions’.

At the moment a regional community is seen as being one that lives at least 150km from a capital city.

She fears authentic regional communities might miss out with a 150km starting line.

It’s a point echoed in the written submission from Snowy Monaro Regional Council and the Canberra Region Joint Organisation in regards to Cooma, which is just 116km from Canberra.

Dean Lynch from Snowy Monaro, in fact contends that regional areas around the ACT should be “initial priorities” and that Cooma’s proximity would “facilitate an easier transition from existing to new workplaces” for Commonwealth staff. As the phone panel’s assessment of decentralisation evolved on Friday, Bega Valley Mayor, Kristy McBain said there also needed to be a synergy between the agency being relocated and the new host town for the process to be a win-win.

“From our point of view, it would have to be an agency or a department that had a natural fit with our area,” Cr McBain told the Senate committee.

“We are going to have a big conversation around this over the next six months,” Senator McKenzie said.

All those on the call encouraged the two Senators in their suggestion that there should be a parliamentary committee formed with broader terms of reference than their own to fully develop a transparent and fair criteria and assessment process around decentralisation – the suggestion being, to avoid the allegation of political pork barrelling that has been leveled at Barnaby Joyce in the APVMA decision.

The findings of Senator McAllister’s committee will be delivered in June, it’s understood Turnbull Cabinet ministers have until August to complete their departmental reviews and report back to Senator Nash.

With 83% of Commonwealth employment located in Canberra or the five largest Australian cities, the potential of shifting some of that into regional areas is huge, hence the level of interest. In the Bega Valley’s submission, Cr McBain points to NSW Government data that estimates for each public sector job in a regional area, two jobs are created in the private sector.

However, “Government can’t fix everything,” warned Senator Nash at the Press Club, signaling that the Turnbull Government would be looking to partnerships with local government and the community more broadly as decentralisation rolls out.

It would appear that regional Australia is interested to know more and ready to play its part.

Snowy Monaro Regional Council and Business Australia have opened the Business and Recovery Hub in Cooma as a one-stop shop...
Read More