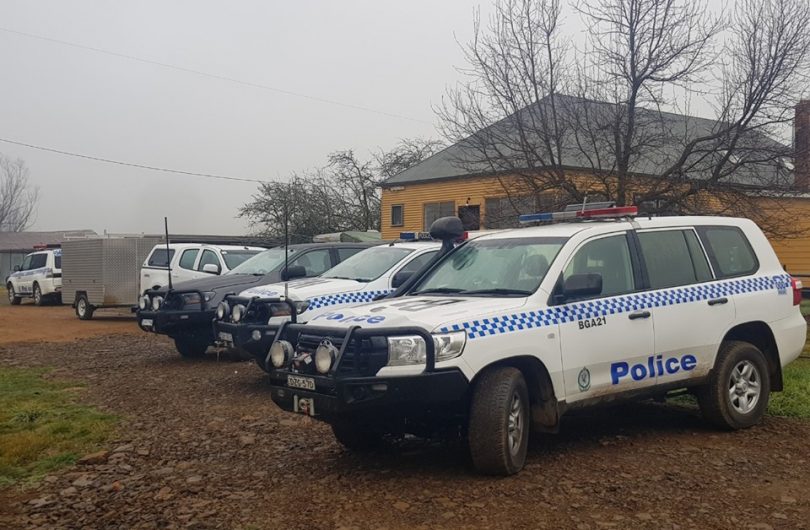 Police are targeting criminals in bushfire-affected communities along the South Coast. Photo: Facebook.

An increased NSW Police presence on the South Coast after the fires has seen 16 people arrested, and 43 people and 18 vehicles searched as officers continue to crackdown on crime in bushfire-ravaged communities.

“We are sending a message to the community that no matter how big or small the crime is, we will be out in force targeting illegal activities,” Acting Superintendent Thone said.

“We have seen how devastating the recent fires have been on our South Coast community, and we will continue to target and prosecute those who choose to do the wrong thing.

“Our officers are maintaining a high-visibility police presence throughout the South Coast to ensure the community can safely return to their homes and businesses without the added worry or pressure of looting and illegal activity taking place.”

The towns of Bermagui, Cobargo, Bemboka, Bega, Tathra, Merimbula, Eden and Moruya were targeted for an increased police presence between Thursday, 16 January and Sunday, 19 January under Operation Piper.

More than 400 random breath tests, drug tests and vehicle stops were conducted across the four days.

While most of the arrests related to drug possession and driving under the influence, a 30-year-old man was charged with stalking/intimidation, destroying or damaging property, and using a carriage service to menace/harass/offend.

Anyone with information about unsafe or unlawful behaviour is urged to contact Crime Stoppers on 1800 333 000 or through NSW Crimestoppers.